Population Census confirmation and other key pieces of news in 2021

Just a few months before the IBGE starts data collection for the 2022 Population Census, our agency’s 2021 year in review highlights the key facts in the Institute. In September, the IBGE went into the field for the First Census Test on Paquetá Island (RJ), and, in November, conducted the National Test for the 2022 Census in all the states in order to guarantee that all the systems would be working properly and that the interviews and prevention protocols against would be conducted accordingly. This month, a selection process has started to hire more than 200 thousand census agents and enumerators, who will collect data from each of the 5,570 Brazilian housing units.

Throughout the year, there were more than 400 news and releases with interviews, photos, infographics and videos showing economic indicators such as GDP, output from industry, trade sales, services, agricultural production and inflation, as well as social indicators – labor, income, housing conditions, health, education and leisure. Also available were products from the geographic segment – atlases, maps, geographic platforms, areas of influence of cities, flows and networks, tide gauge stations and geodetic system.

In its fourth year of existence, the IBGE News Agency has become one of the mostly visited pages on the IBGE website, with more than 7 million hits in 2021. With this agency, the IBGE Works to make statistical and geoscientific information more accessible to society every day, in compliance with its institutional mission pursued for the last 85 years, a period marked by great responsibility and commitment towards the nation. 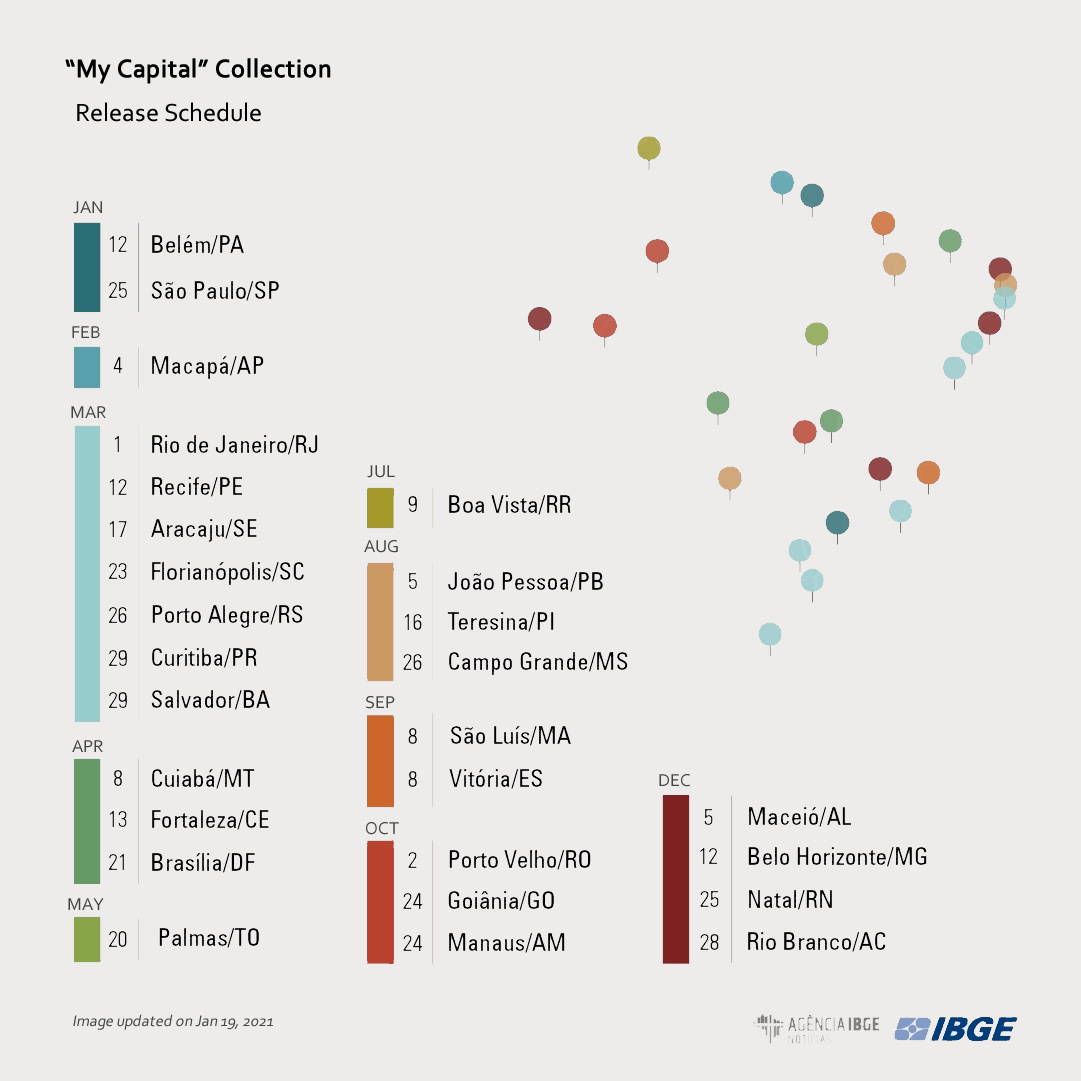 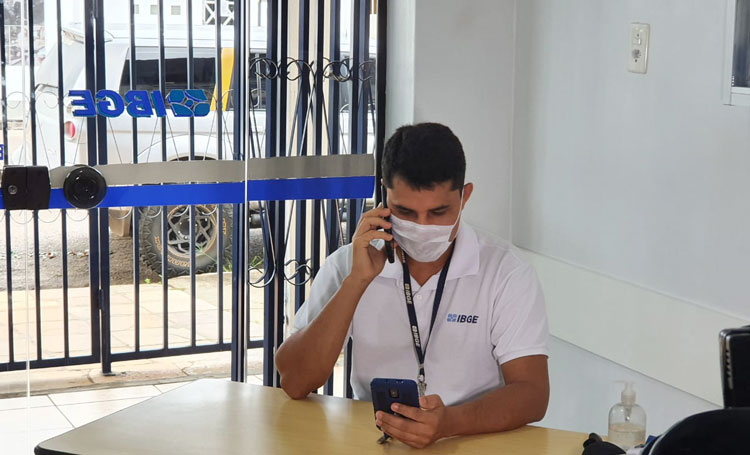 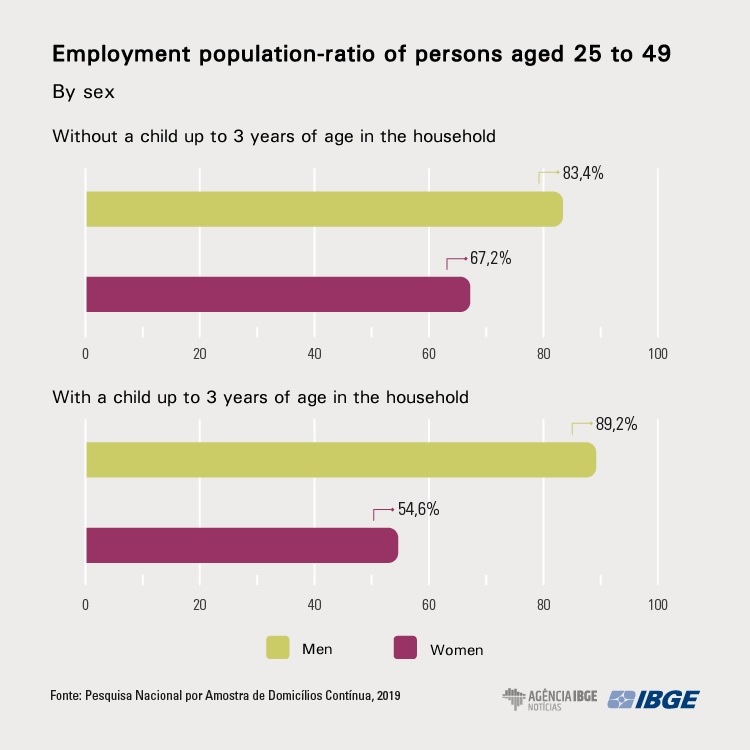 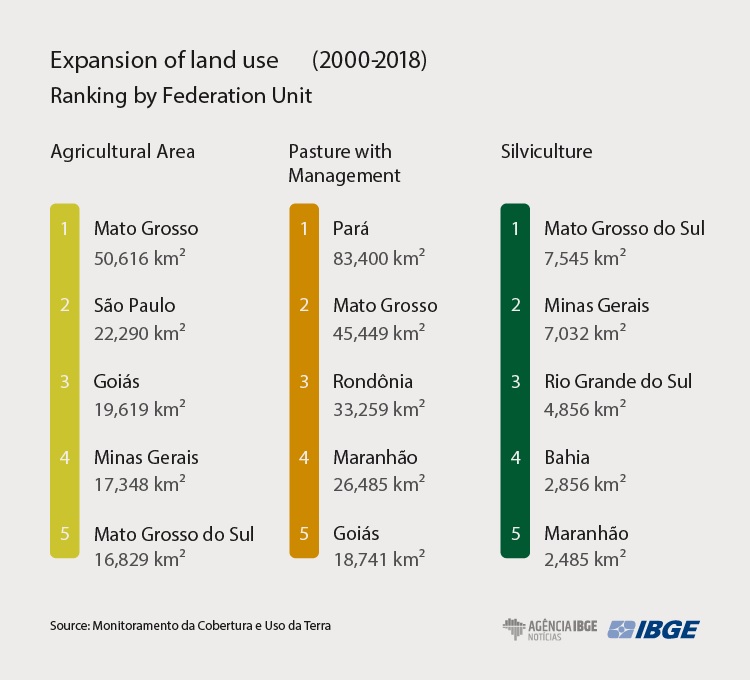 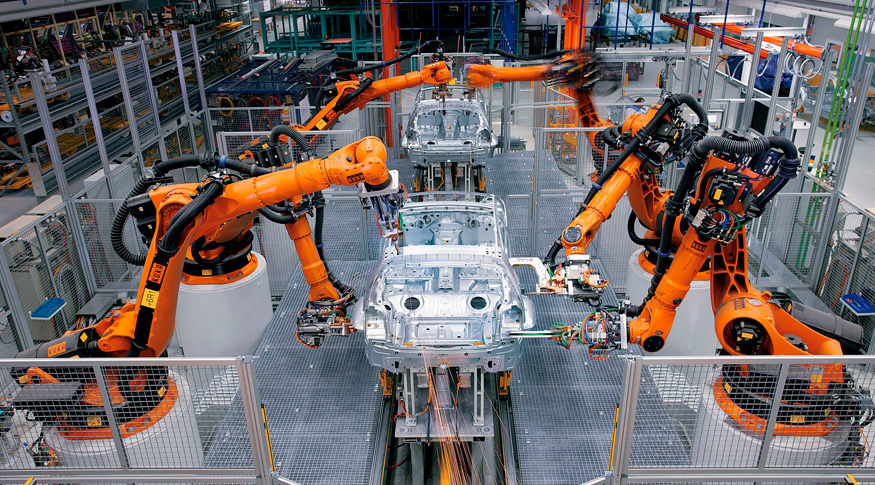 Internet reaches 88.1% of students, though 4.1 million in public network did not access it in 2019 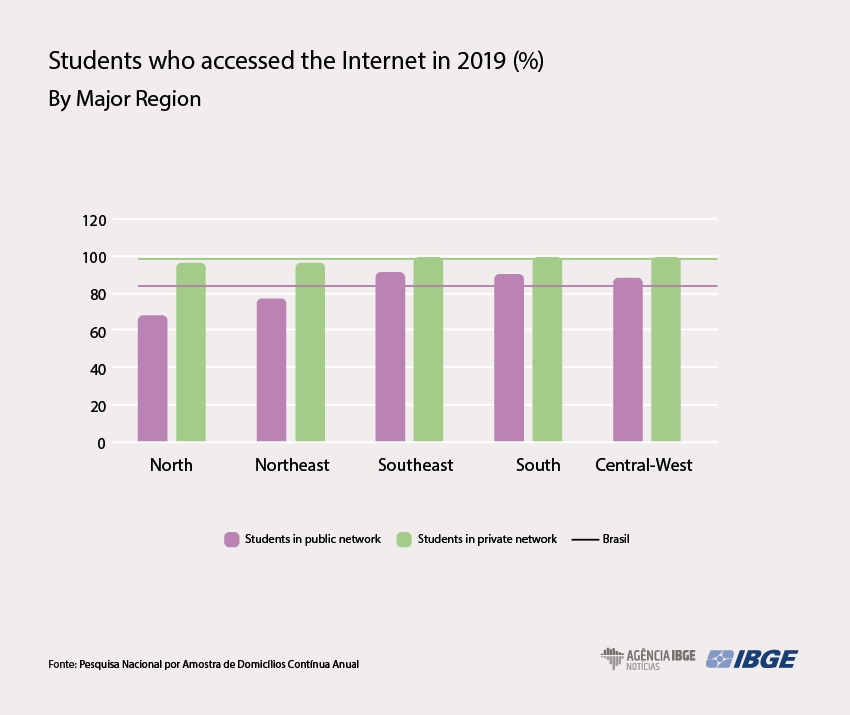 A total of 29.1 million were affected by violence in 2019, with women, youth and black population as the main victims 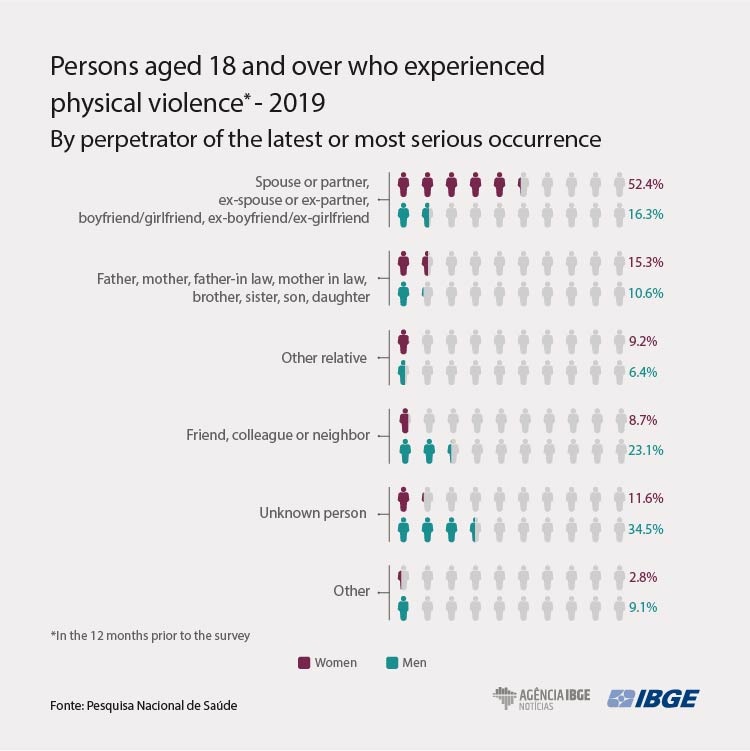 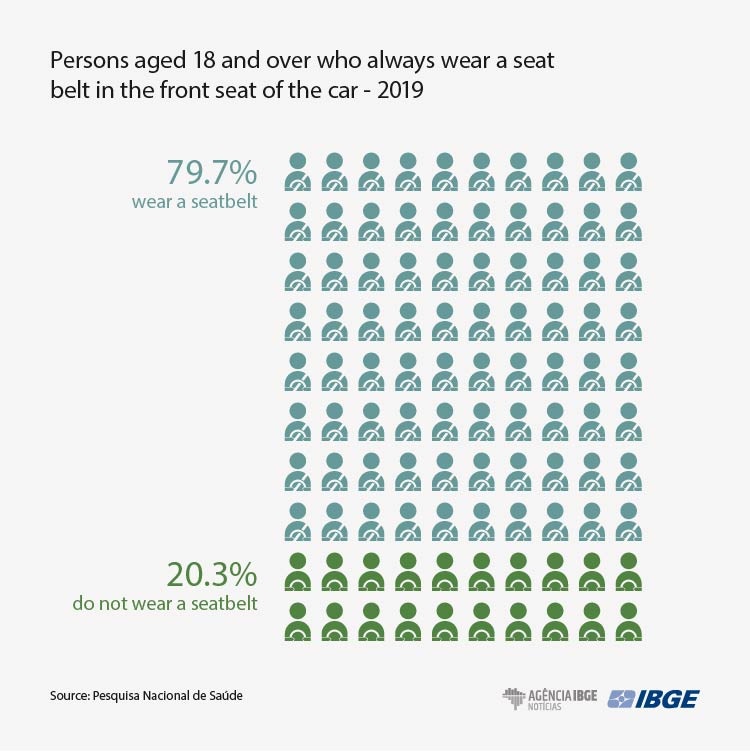 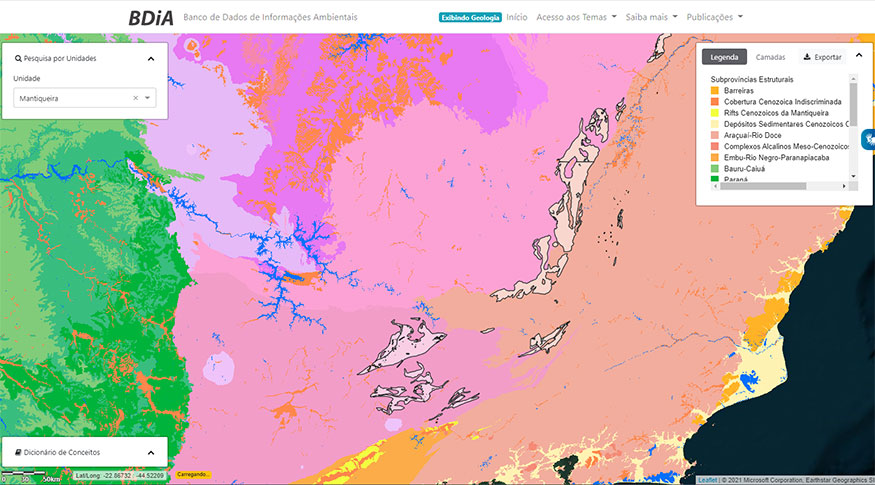 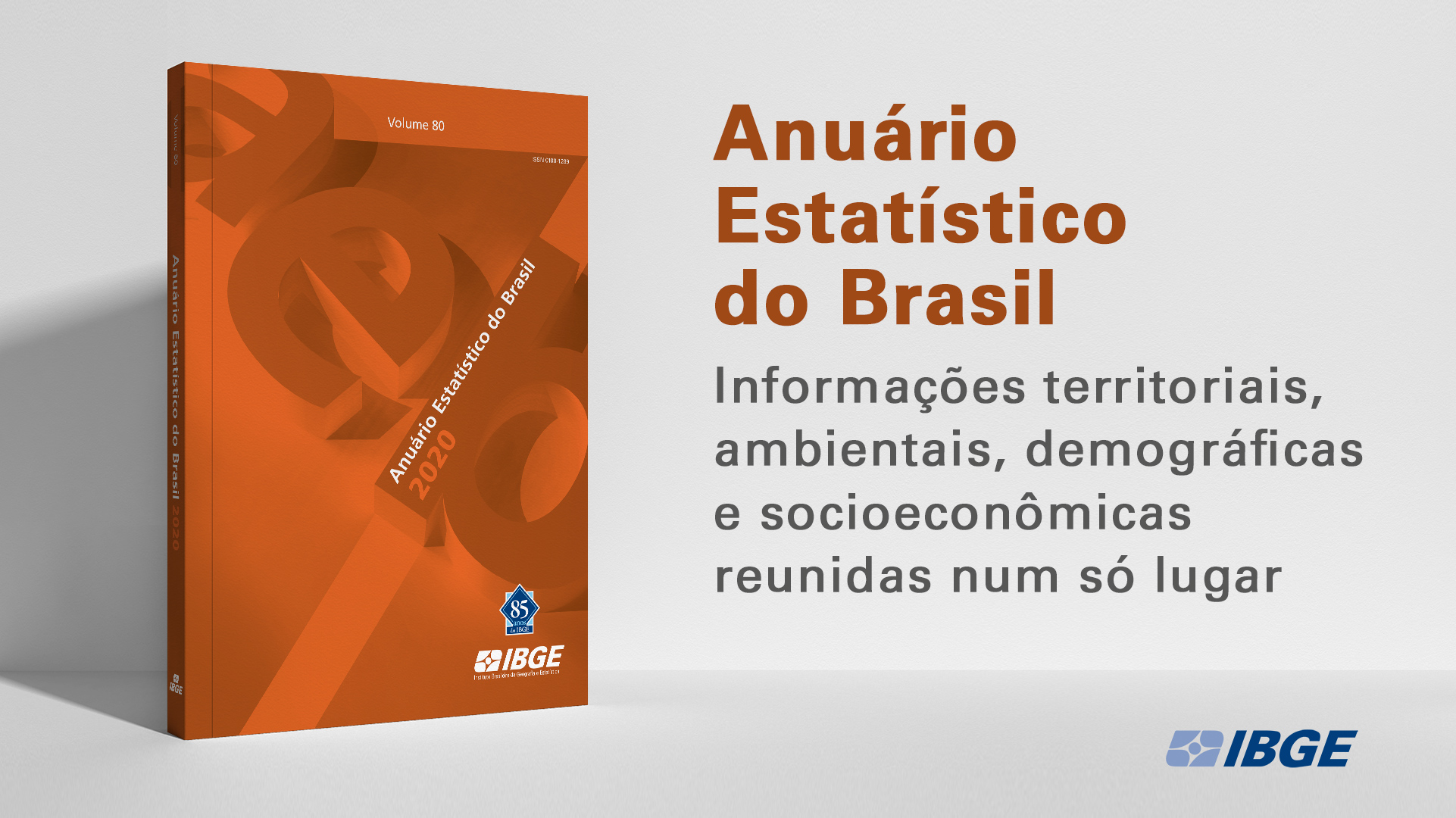 In pre-pandemic, nearly 38% of the population had some difficulty of water supply 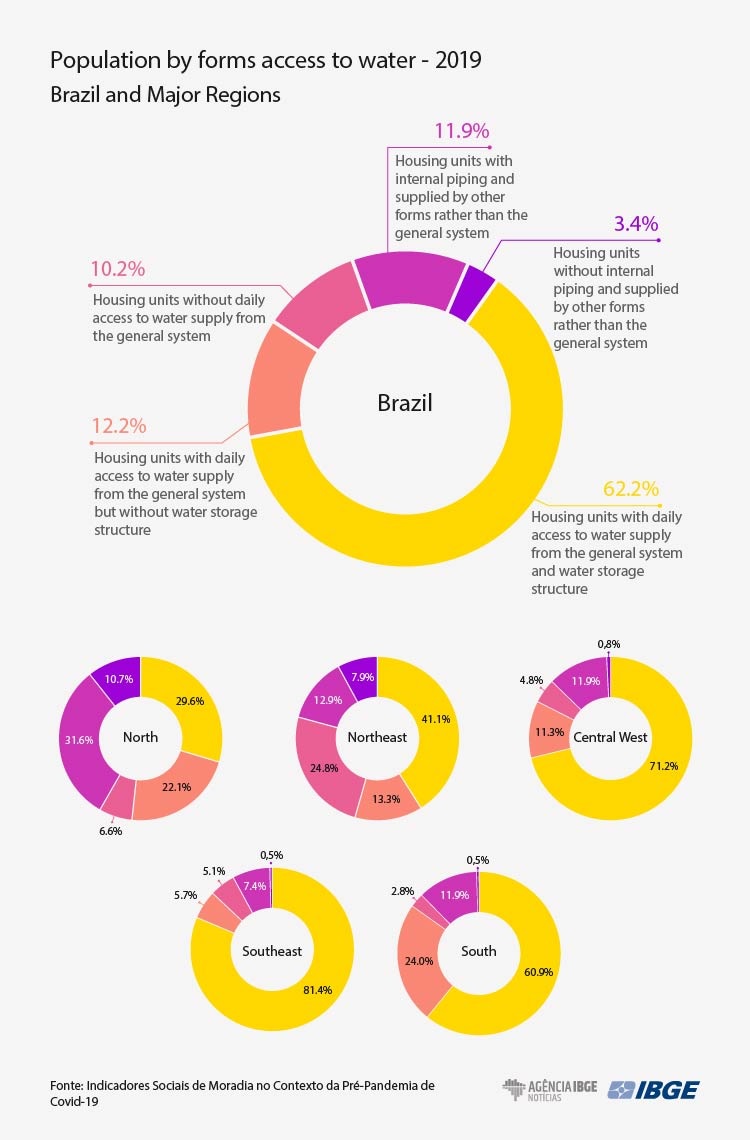 Atlas gathers geography and literature to depict the Brazilian coast 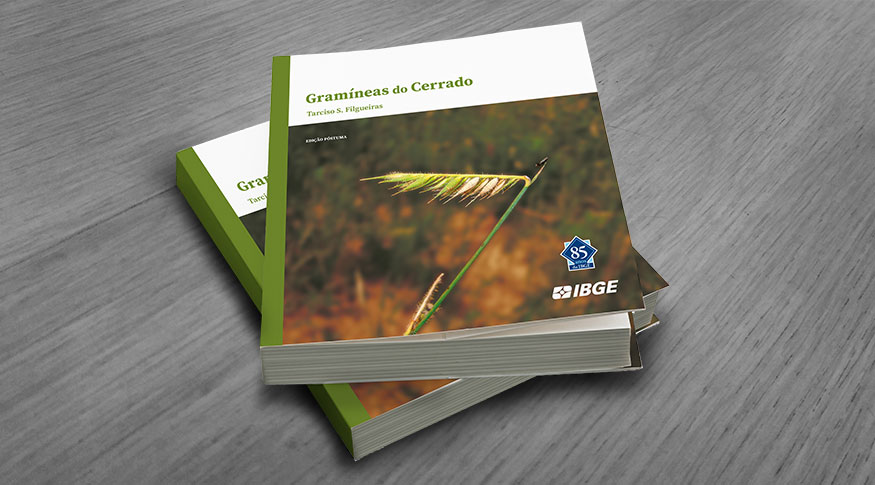 IBGE and Enap launch course on protocols against Covid-19 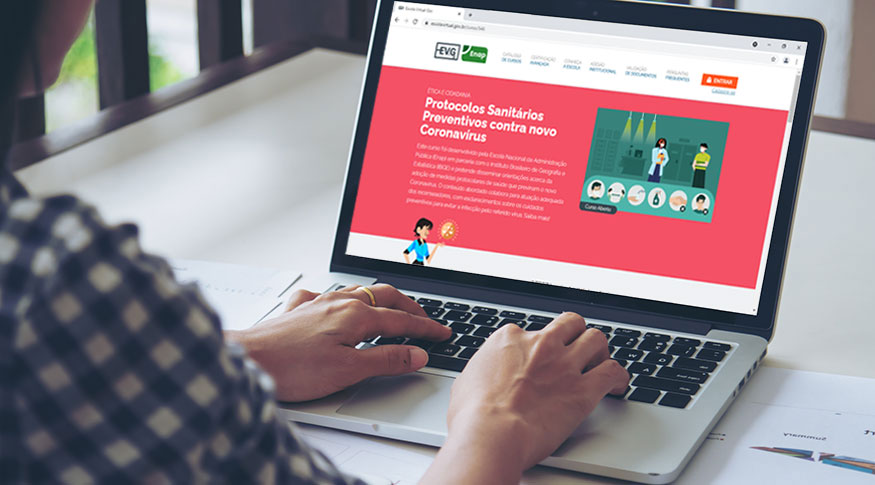 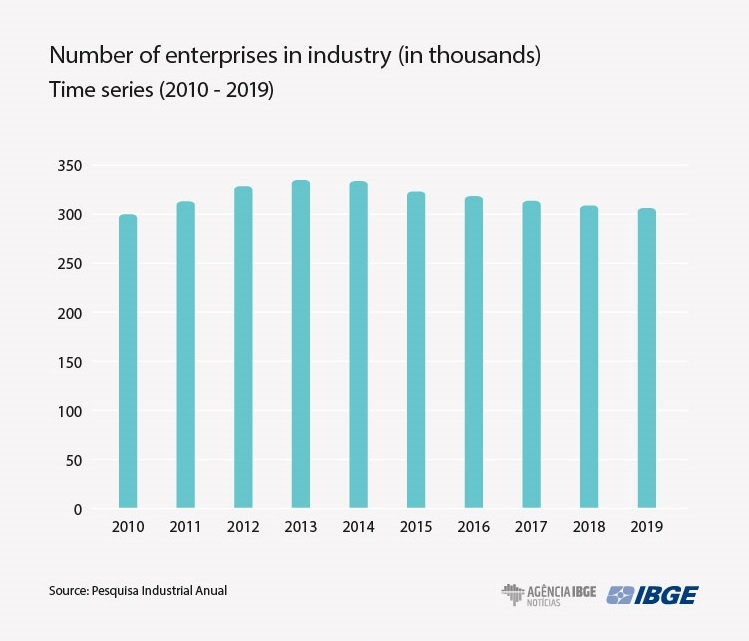 Trade loses 11% of its companies and 4.4% of the workers in five years 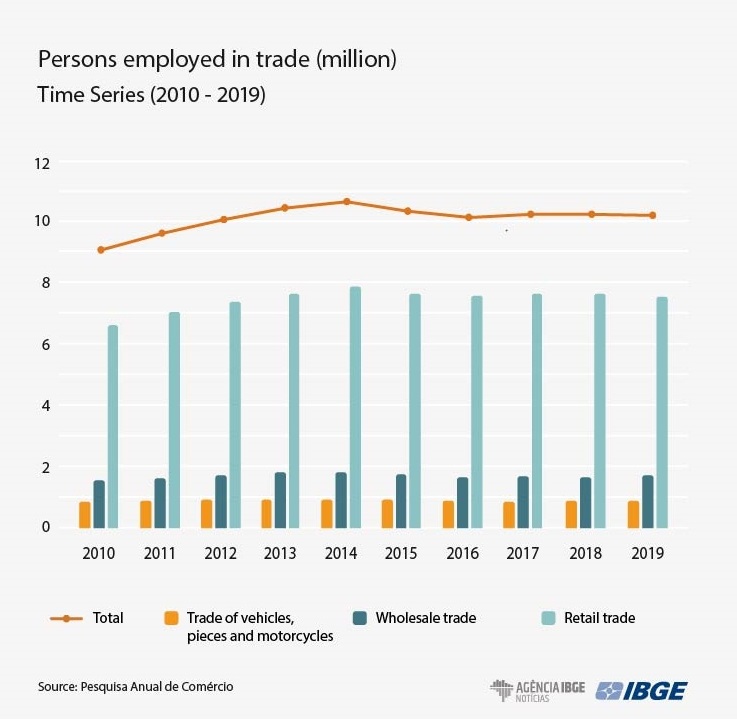 72.4% of Brazilians live in households that have trouble paying their bills 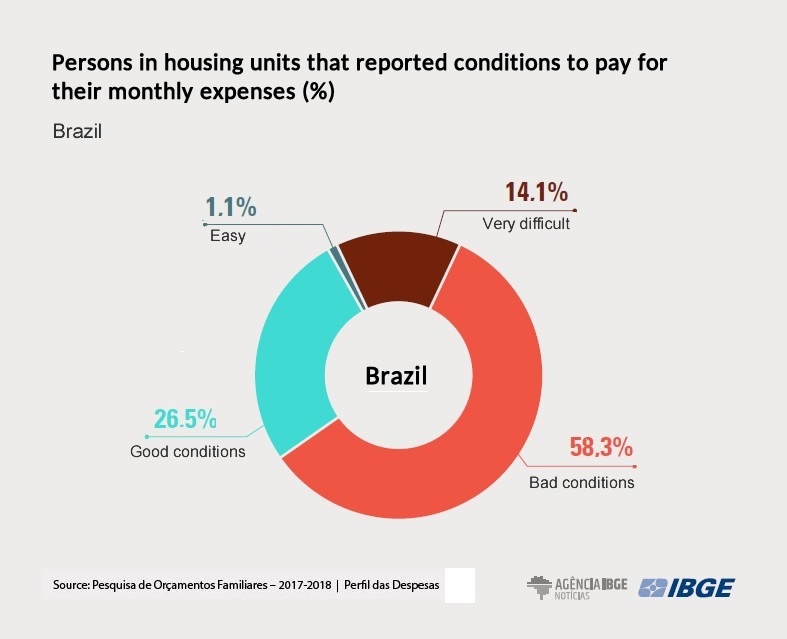 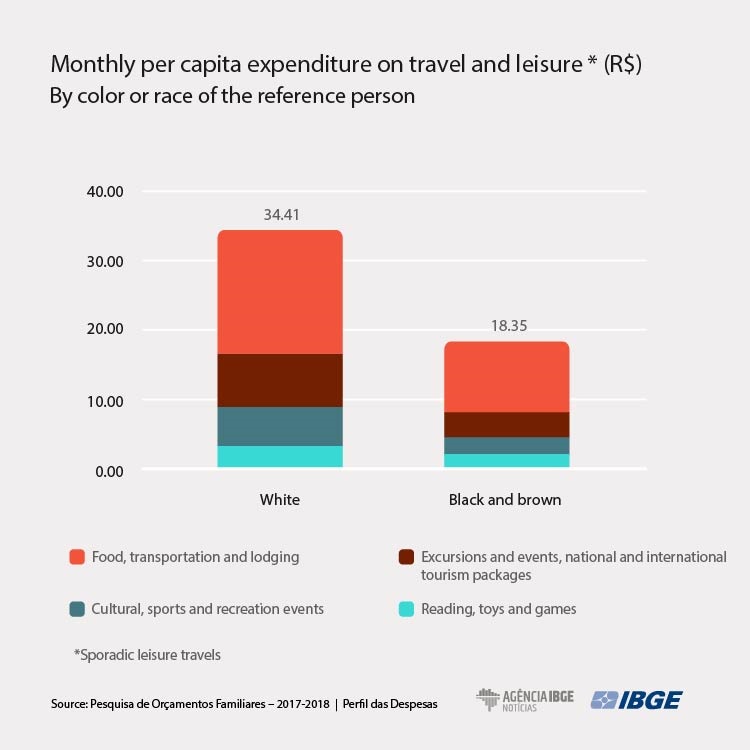 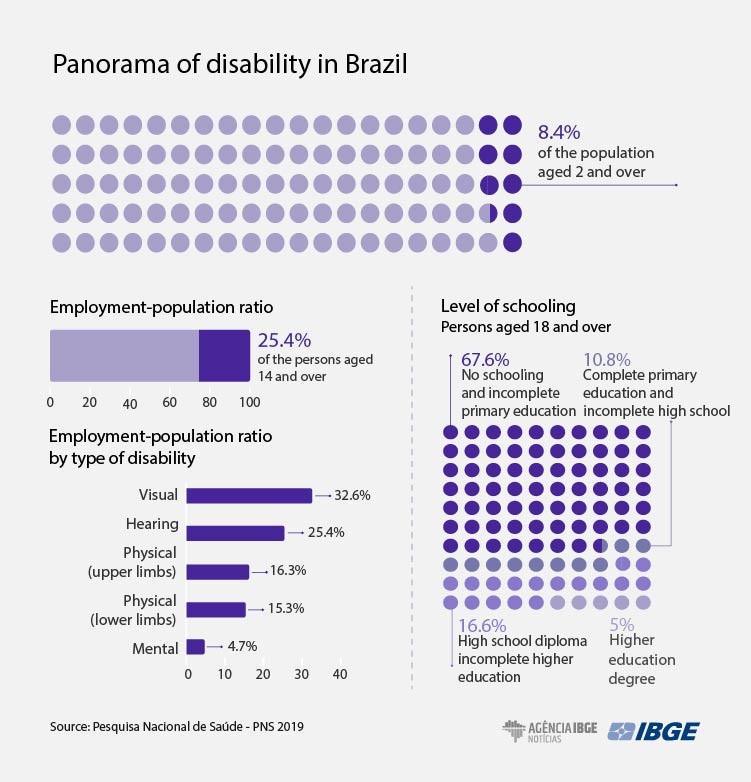 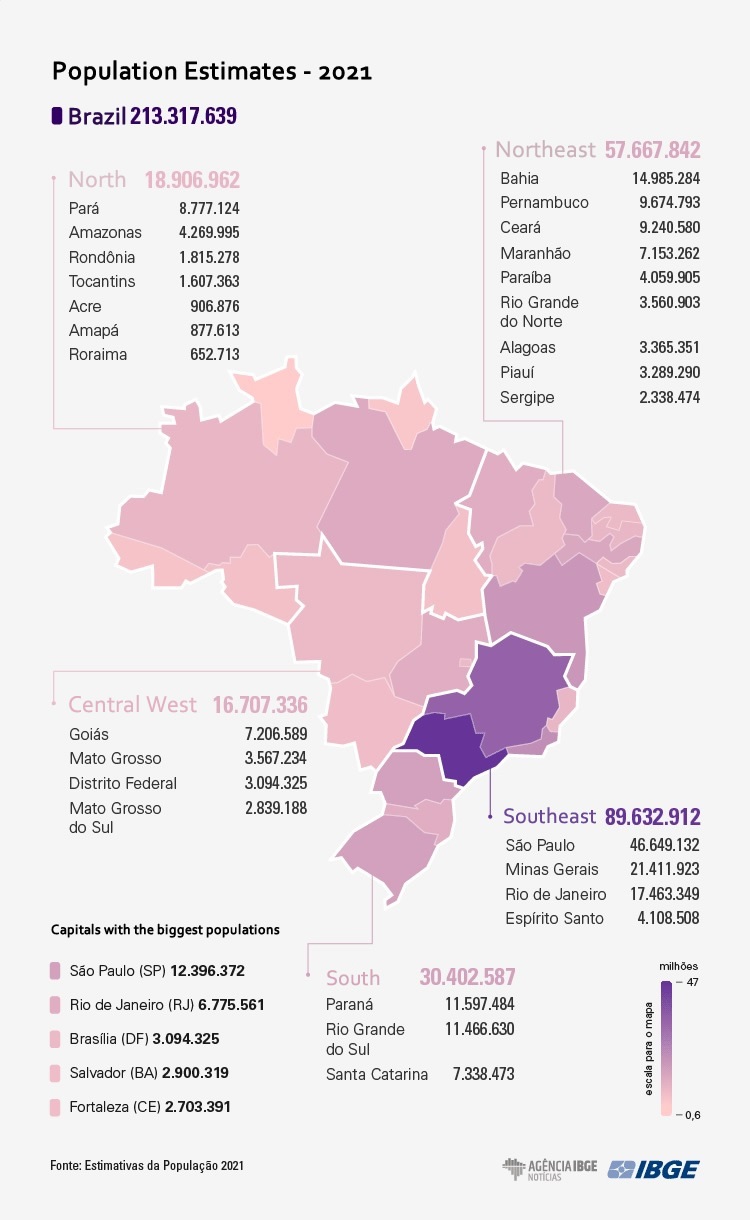 One of every five school girls has suffered sexual violence 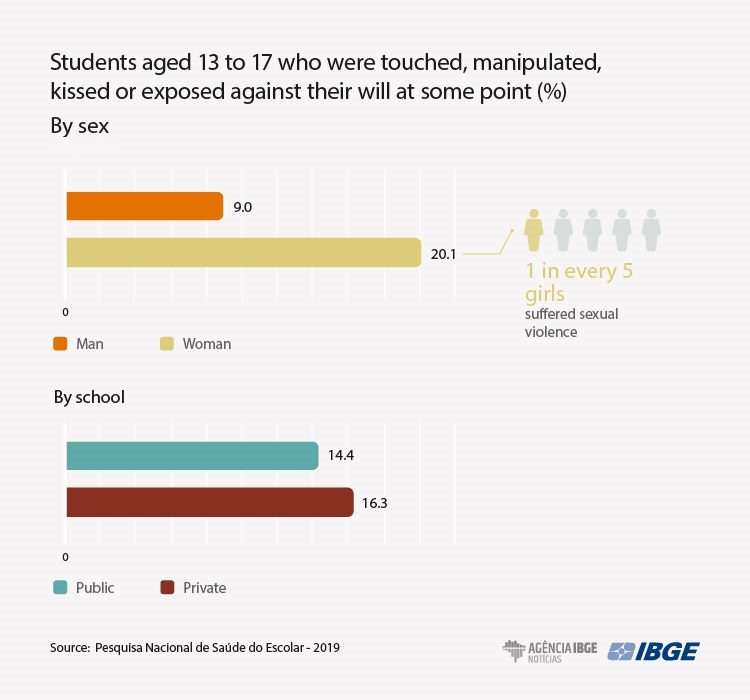 A matter of gender: mental health indicators are worse for girls 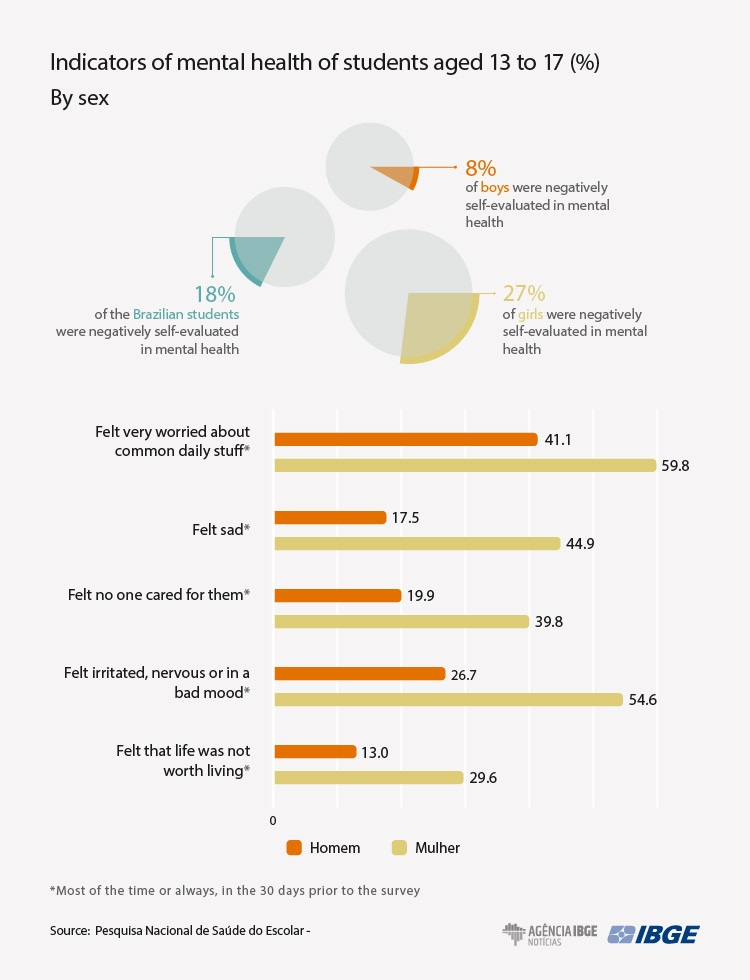 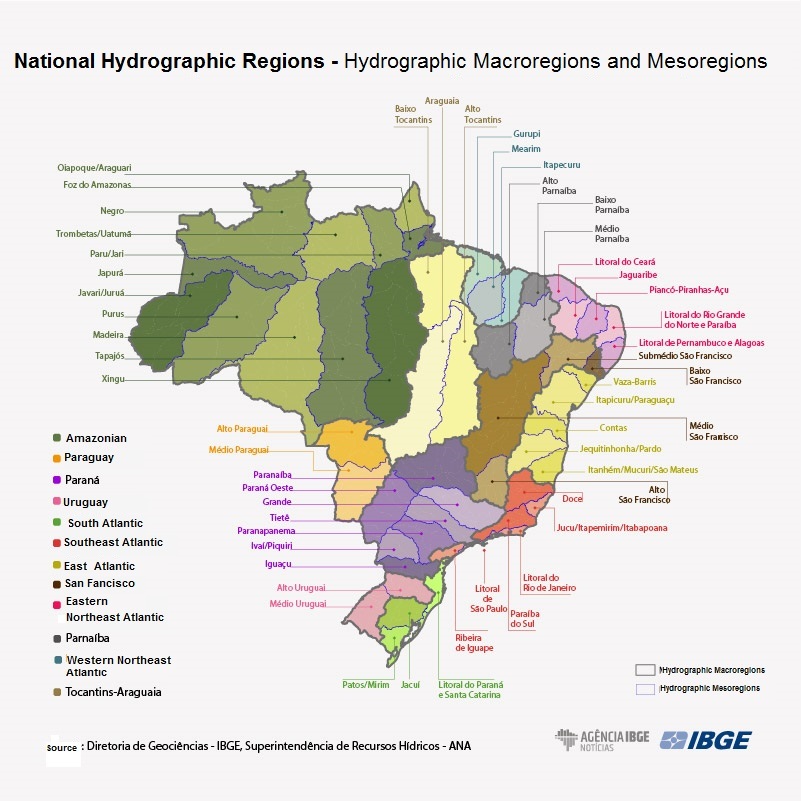 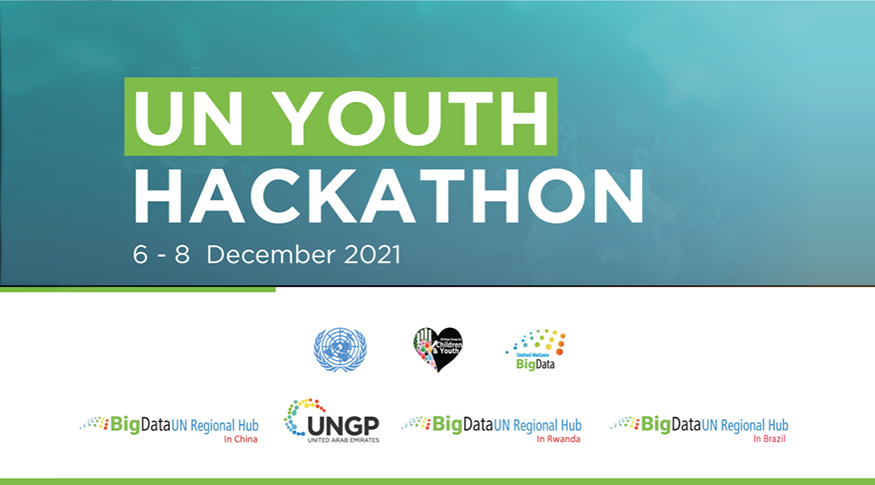 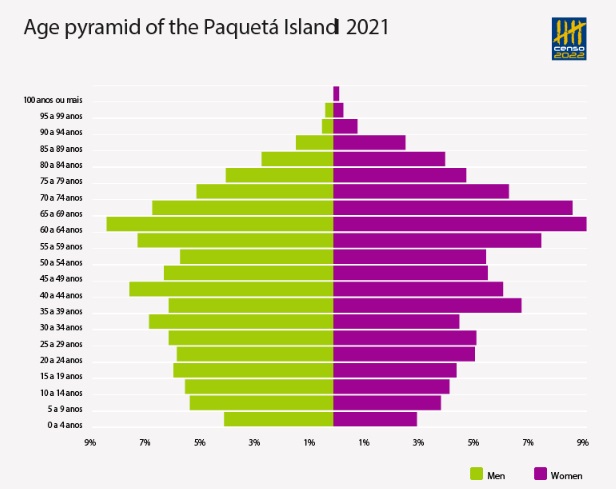 Balance between open and closed enterprises returns to positive in 2019 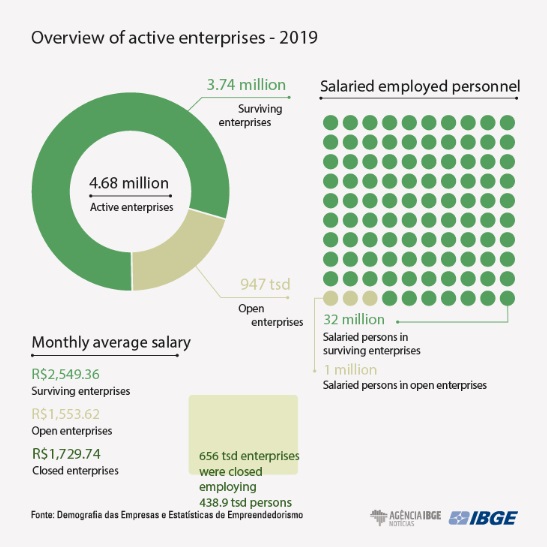 Number of municipalities with fires increases 42.9% in four years 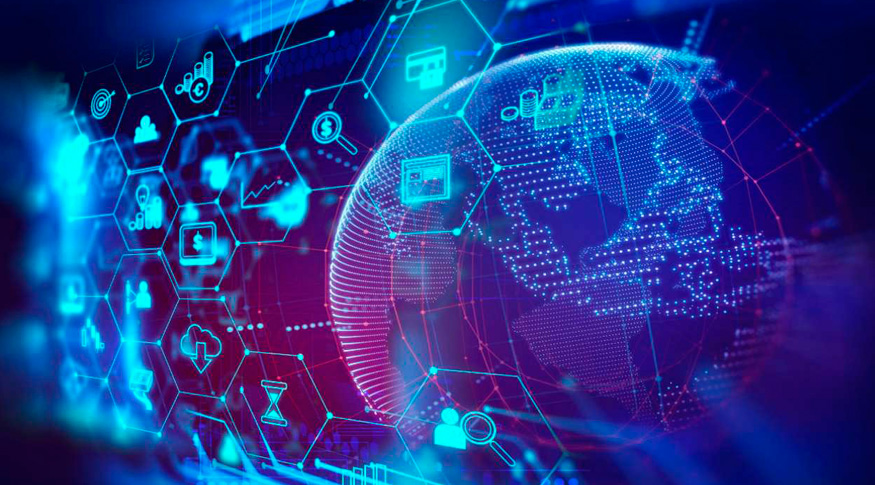 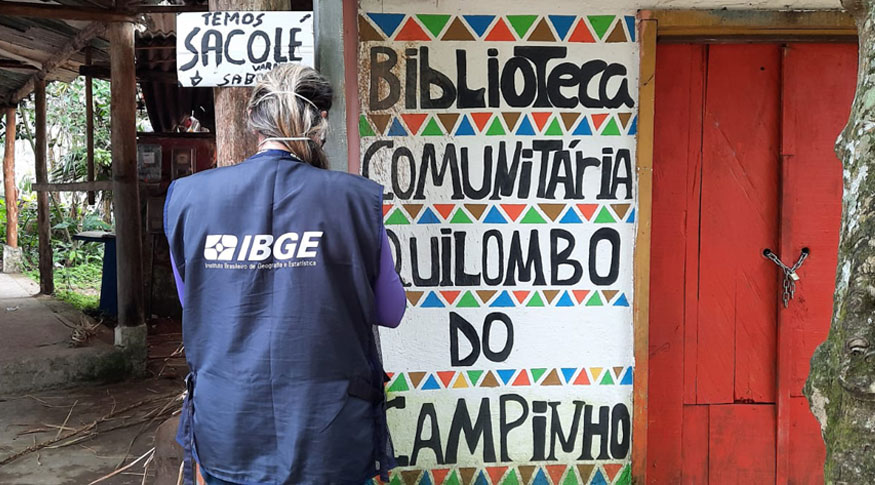 Despite emergency benefits, 1 out of every 4 Brazilians were living in poverty in 2020