Larger municipalities implemented most policies to combat Covid in 2020

Food securiy, an indicator directly related to the populations health status, fell from 65.1%, in 2004, according to the IBGE’s National Household Sampe Survey, to 41.3% in 2021, according to the National Inquiry on Food Insecurity in the context of the Covid-19 Pandemic in Brazil (VigiSAN). According to the IBGE Consumer Expenditure Survey, decrease was observed from 2018 on, when the proportion of food secure housing units fell to 63.3%. These data can be found in the Summary of Social Indicators, released today by the IBGE.

According to PNAD data, food security increase between 2004 and 2013, and changed from 65.1% of the housing units, in 2004, to 77.4%, in 2013. But the Consumer Expenditure Survey 2017-2018 showed that this scenario was reversed, also considering the increase in the proportion of housing units facing mild food security, from 22.6% to 36.7%. “That is, in the beginning of the COVID-19 pandemic, food security in Brazilian housing units had increased in immediately previous year,” says Clician do Couto, IBGE analyst.

2021 had more deaths by COVID-19, but case-fatality rate was lower

In 2020 and 2021, Brazil had 22.3 million cases of COVID-19 and 633 thousand deaths. The year 2021 registered the biggest number of cases and deaths (respectively 14.6 million and 420.3 thousand) than year 2020 (7.7 million and 212.7 thouasnd), according to data from the Brazil Mortality Information System, of the Ministry of Health. Nevertheless, case fatality for the disease (percentage of deaths of individuals diagnosed with COVID-19) was highest in 2020.

““In 2020, the disease was not known, nor which type of medication to use against it, there was no information about protocols and no vaccine. In 2021, case-fatality rose, but got stable with the expansion of vaccination coverage. There was high incidence of the disease in the year, but, despite the bigger number of infections, case-fatality was low.” 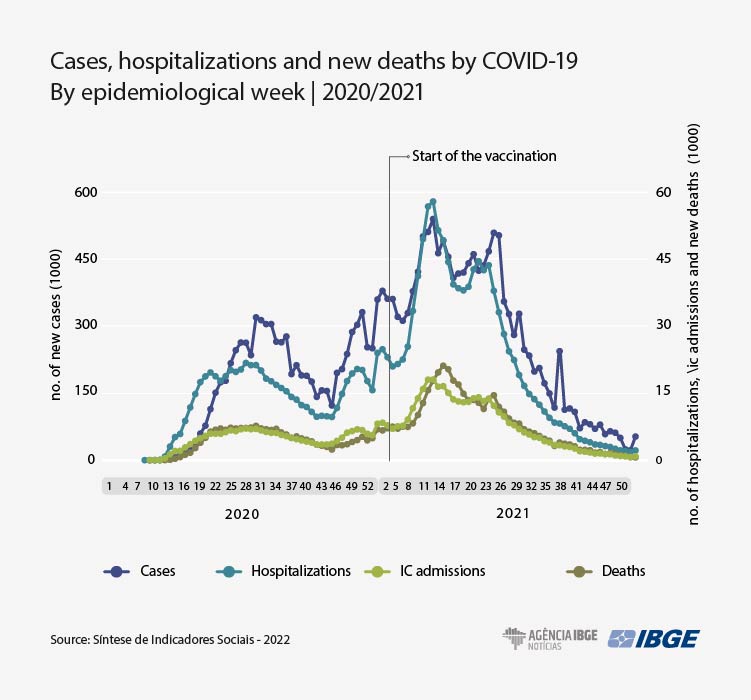 In 2021, highest incidence of deaths caused by Covid-19 was registered among white men

“Demographic indicators are usually stable, with very few changes in two years. So, the changes in mortality observed in 2020 and 2021 represent a major impact.”

According to Clician do Couto, this change may have been influenced by policies aimed at the combat to pandemics, implemented in the Northeast Region, where there is a predominance of the black and brown population and bigger population density in urban areas. The researcher explains that, from 2020 to 2021, there was acceleration of increase of deaths in the South, Southeast and Central West and deceleration in the North and Northeast. 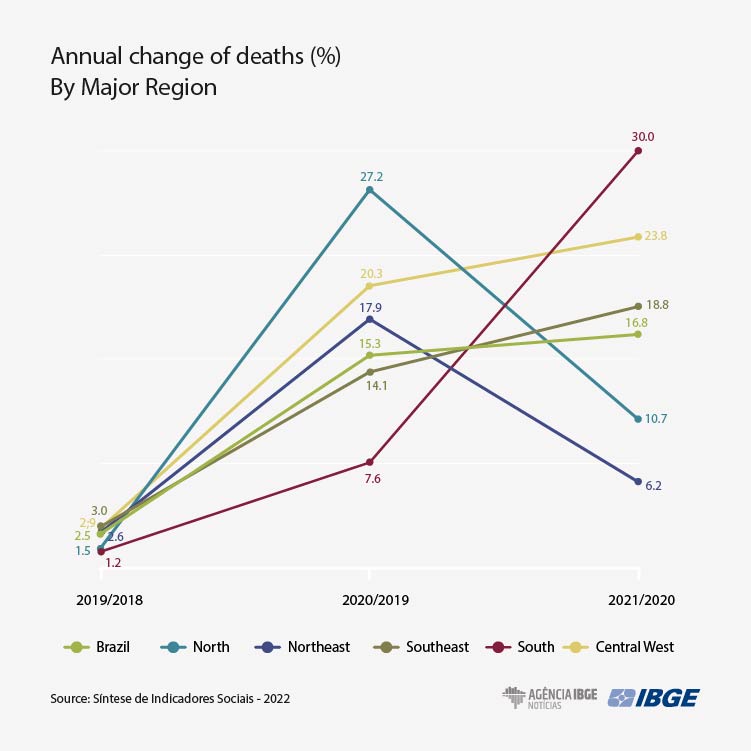 In relation to policies adopted by municipalities to face Covid, it was observed that the population size affected indicators of policies related to COVID-19. In 2020, larger municipalities imposed more sanctions against disrespect to social distancing measures, hired heathcare professionals, promoted the continuity of care for chronical diseases and increased the number of hospitalization beds. .

“At the same time, the largest ones also reported having exceeded the limit capacity of hospitalization beds and UTO care, which is related, among other factors, to the fact that many small municipalities had no proper infrastructure and had to tranfer patients to other cities,”, Leonardo Athias, IBGE analyst, explains. 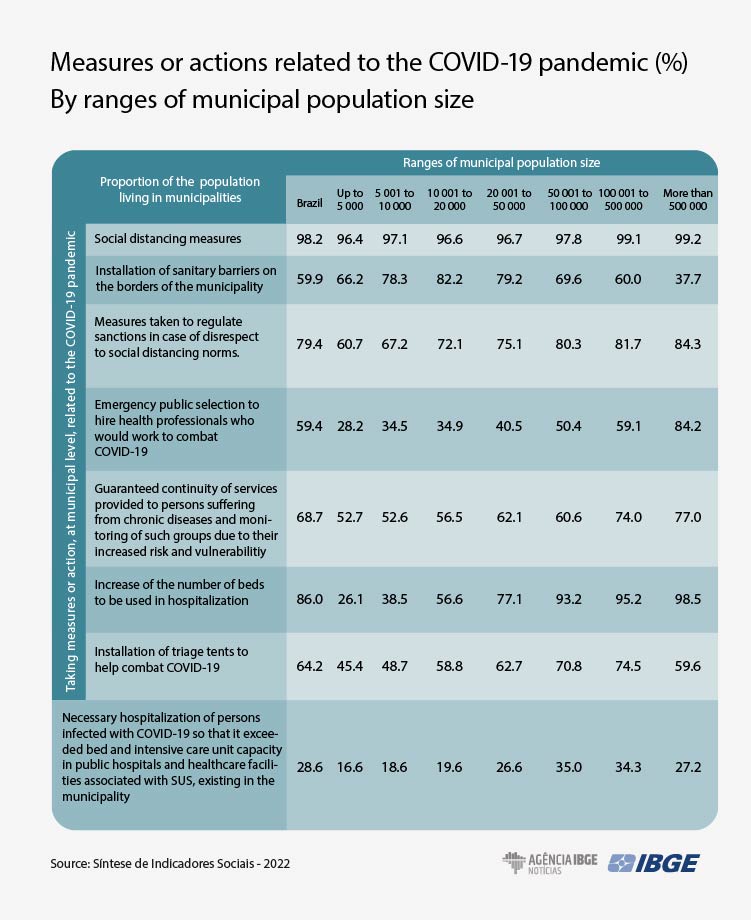 Extra regular beds and hospitalization beds were creatd in 2020 and 2021 as a support during the pandemic and with more strict criteria, such as field hospitals and other adpted structures, but, since the middle of 2021, the number of beds started to fall.” Between January 2019 (58.4 thousand) and July 2022 (76.9 thousand), the biggest number was registered in July 2021, with 105.7 thousand extra beds.

SUS appointments fall in participation between 2010 and 2021