In the middle of the pandemic, number of persons in strict isolation falls

The number of strictly isolated persons decreased by 2.8 million from the second to the third week of August, from 44.4 to 41.6 million, according to the weekly edition of the National Household Sample Survey - PNAD COVID19, released today (11) by the IBGE. The survey also estimated the population that took no restrictive measures at 4.5 million in the week of August 16 to 22. The number represents stability compared to the previous week.

In the same period, the number of those who reduced social contact but regularly go out or pay visits to others increased by 1.9 million. According to Maria Lúcia Vieira, manager of the survey, data indicate flexibilization of social distancing rules by the population.

The former group has recorded increase for the third straight week. From the first to the second week of August, 2.9 million persons more reported having reduced contact, although they were still going out or paying visits to others. The population spending most time at home and going out for basic necessities remained stable in the third week of August: a total 87.6 million Brazilians. 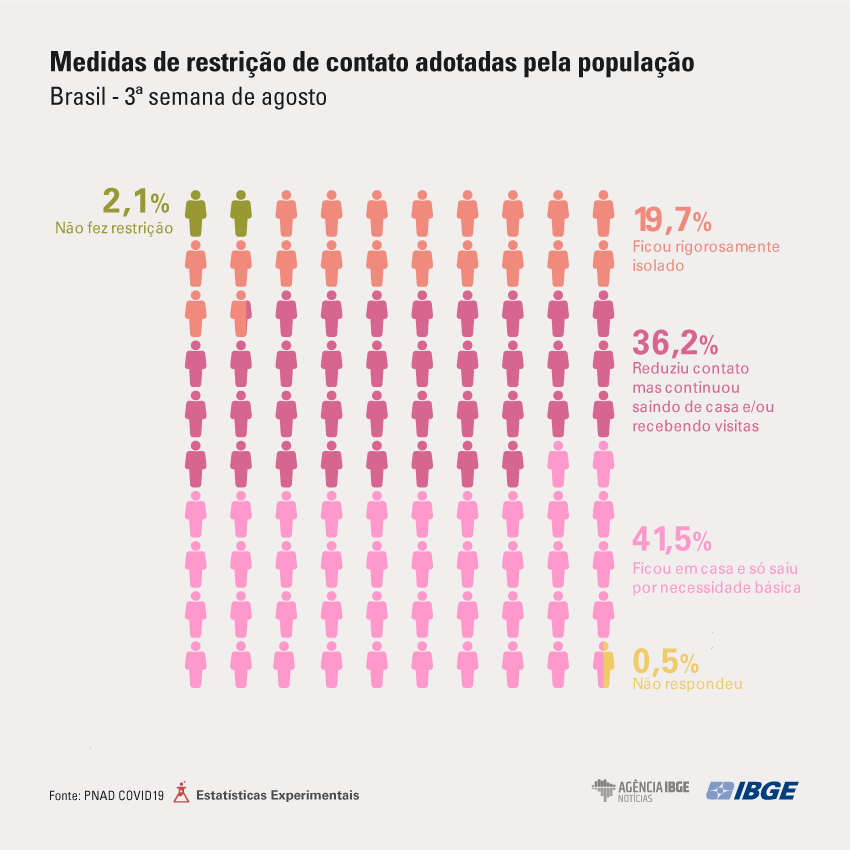 PNAD COVID also shows that the country had about 46 million students enrolled in school or university in the third week of August. A total 37.7 million of them did school activities in their housing units in the period. That means an increase by about 921 thousand persons from the previous week.

“On the other hand, 7.3 million persons had no pending school activities this week. That represents 15.9% of the population aged 6 to 29 years of age attending school,” Ms. Vieira says. In the same period, there was a decrease by 454 thousand in the number of persons who reported being on vacation, and who, because of that, had no activities made available. 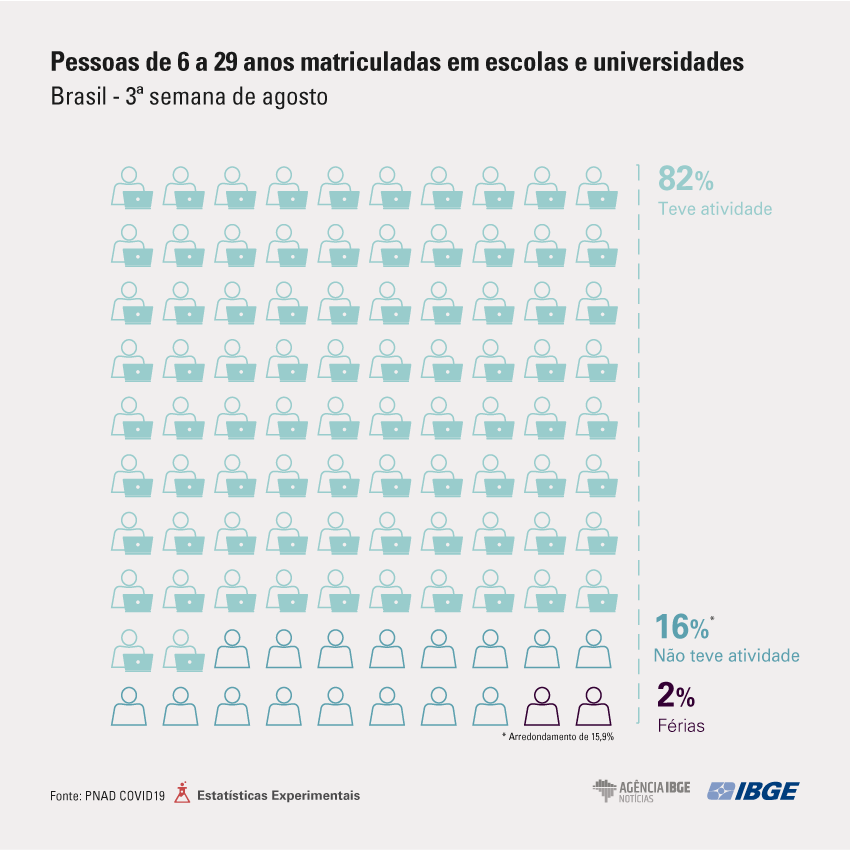 Stability in the labor market

The survey estimated the employed population in the country at 12.6 million hectares in the third week of August, which means stability against the previous week.

“There has been overall stability in labor market indicators, but considering changes in trends, there was positive change in the workforce, due to an increase of the employed population,” the researcher said. The number of employed persons hit 82.7 million, which indicates stability against the previous week.