Uncertainty about food decreases, but quality is still an issue 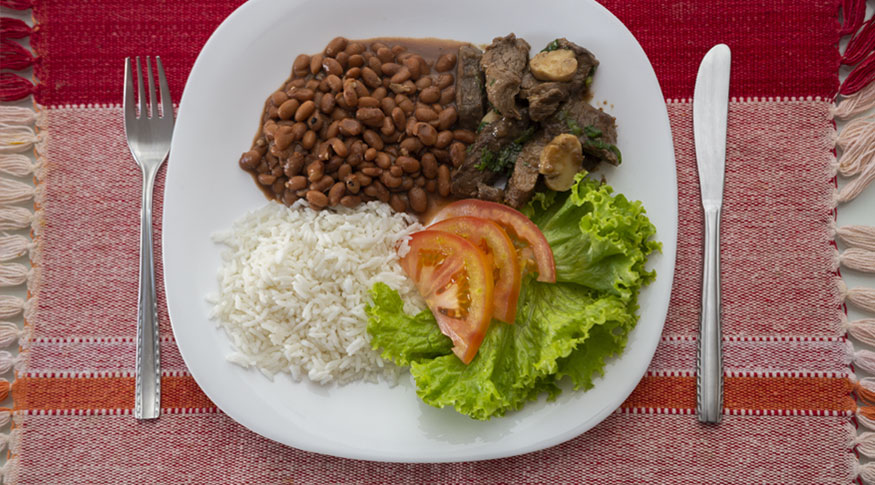 Although it was added belatedly to the 1988 Constitution, the right to food is also part of the list of social rights guaranteed by the text, which turned 30 years old in October. The guarantee became part of the Charter in 2010, but the fight against hunger in recent decades was already in line with the spirit of the original text. Today, uncertainty about food availability is no longer an issue for most Brazilians, but the quality of what is being eaten is still an important concern.

Art. 6 The following are social rights: education, health, food, work, housing, transportation, leisure, security, social security, maternity and child protection, assistance to the forsaken, in the terms of this Constitution.

“This institutionalization has crowned a cycle of anti-hunger policies dating back to the mid-1990s and gained momentum in 2003. These policies, in their initial cycle, were quite successful. They have never had the strength needed to change the kind of food we consume, but they have actually succeeded in getting the country out of the Hunger Map [report produced by the UN on the subject]," explains Ipea's planning and research technician, Alexandre Arbex.

According to him, public income transfer policies have helped reduce the lack of food: "the first expenditure families make is on food. The policies improve access to food, but, initially, the cheapest ones, not necessarily  the nutritious ones. Food safety data shows us that. "

Meanwhile, André Martins, Manager of the Household Expenditure Survey (POF) of the IBGE, highlights the improvement in food security data in the last decade. The concept used by the IBGE in its survey corresponds to the familys' perceived view of the possibility of lacking food or reducing the quality of the dietary intake.

"In recent years, we have had a reduction in the perception of food insecurity [uncertainty or lack of food]. We had a low percentage of families reporting severe food insecurity [when food is lacking even for the family's children or there is a situation of hunger]. Most of them present a perceived view of safety," says André, who, on the other hand, is critical of the Brazilian's dietary intake.

"It's important to look at the rise in obesity over the past 30 years. We had almost 60% of people in an overweight condition in the National Health Survey of 2013. This shows that the population has made food choices that surpass the expected amount of sodium, fat and sugar. If we look at POF, in the study of food consumption, we find high intake percentages of those nutrients. It's a dangerous combination for health. " 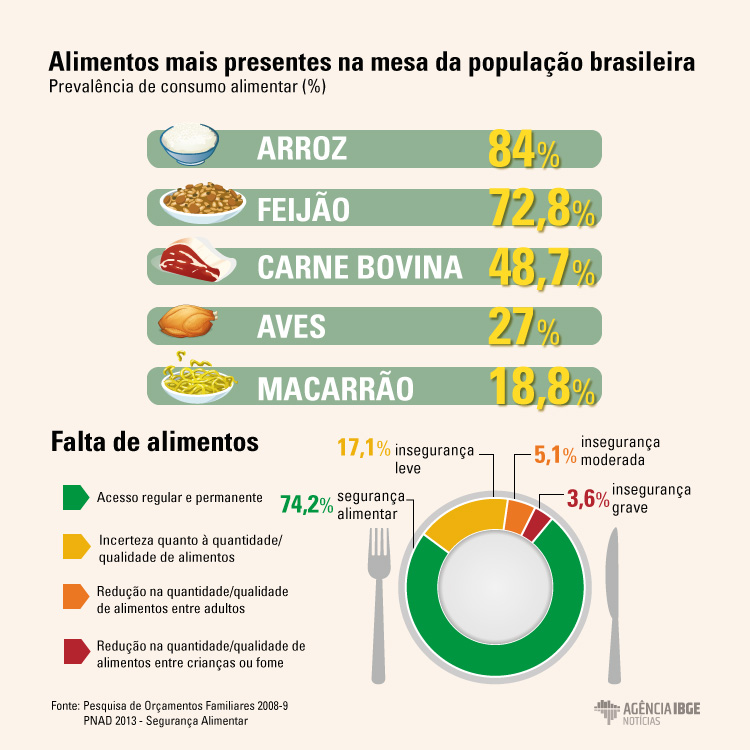 Bad choices at the table, however, can have negative impacts on people's future and even extra costs for the State, having to spend more money on health. "The population does not eat the expected amount of fruit. They select foods that are more caloric, like soft drinks. POF showed that the consumption of ultraprocessed fast-food increased, as frozen microwave meals, for example," says André.

Another problem is the rise in overweight in the last few years, especially in the 5-10 year-old age group. According to Andre, there is a risk that these children will become obese in adulthood. However, the height deficit in children from 0 to 2 years old decreased, which shows an improvement in the quality of food intake in this age group. "When this level is high, it shows that the child had health problems early in life, such as absence of breastfeeding or of foods that provide adequate developmental condition for that age," explains the POF manager.

Like André, Arbex recognizes the new challenge: "there was an inversion. We had child malnutrition, but soon after overcoming hunger, we were faced with obesity and overweight in the poorest groups. We were able to improve access in terms of quantity by increasing income, expanding transfer policies such as the Continuous Cash Benefit (BPC) and INSS rural retirement pension. We have increased social assistance, social security and the purchasing power; however, none fo this meant an improvement in the intake quality".

POF data confirms the priority of families with lower incomes in food expenses. In 2008, among families receiving up to two minimum wages, food expenses were 27.8% of the total, a ratio that fell to 8.5% among those earning more than 25 wages. 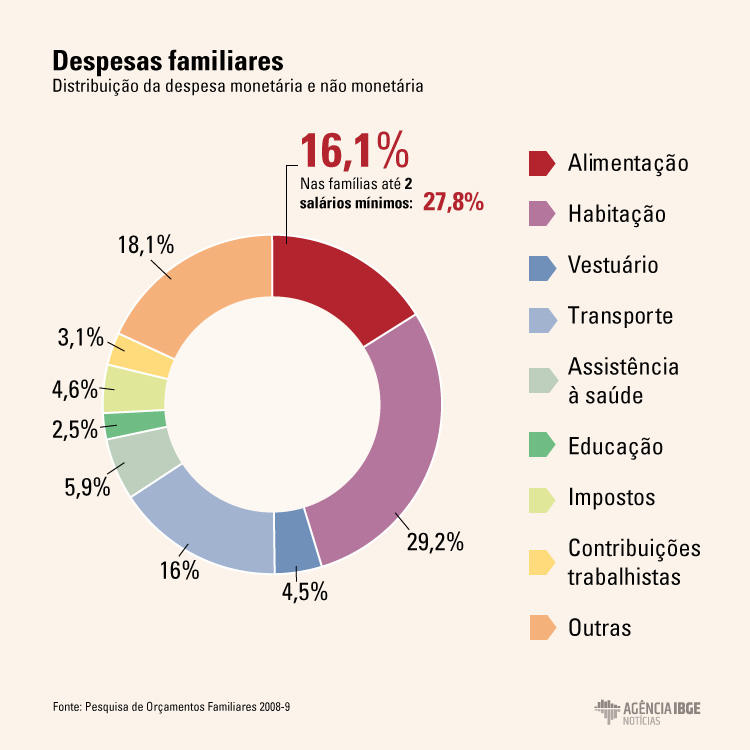 Although nutritionally poor, processed foods appeal to Brazilians for being more simple to prepare than homemade food and cheaper than meals in bars or restaurants. The case of Cristina Ruade, 58, a self-employed worker in Rio de Janeiro (RJ), illustrates that.

"I [prefer them] because they're so much more practical. Nowadays we don't have much time to waste. All you got to do is to heat them or they are pre-cooked. So it's quick: you get them, put them in the microwave and they're ready to eat," she says.

Just as the experts on the subject, Cristina also worries about food quality, but she feels she doesn't have much of a choice: "of course it bothers me, but unfortunately there is no other way. So we eat and then go on a diet, exercise, try to balance things the way we can.

Cases like Cristina's will be further known with the disclosure of the new POF, which closed its collection phase this year and has announced to put out its first results in 2019. "There we will be able to see if the fruit intake and Brazilian's diet improved in general", concludes André Martins.