The IBGE updates today ( July 27) the Geographic Reference Framework for the Production, Analysis and Dissemination of Statistics, which gathers the thematic maps of the legal and institutional territory sections of the country. The first edition was published in 2019.

“The main goal of the Geographic Framework is to provide users with a coherent spatial reference for access, visualization, analysis and understanding of official statistics in Brazil, in a comparable and spatially integrated way”, explains IBGE geographer Mauricio Gonçalves e Silva.

“With the inclusion of the Geographic Framework in the Interactive Geographic Platform (PGI), information can be consulted as interactive maps, with other layers of interest, downloading the sections and checking their metadata", says IBGE manager of Production Integration for Geoinformation, Aline Lopes Coelho.

For each geographic section of the Framework, information is presented such as the update cycle and the last update of the legislation/definition, the number of related units and municipalities, the reference publication/legislation and the date of the next release. 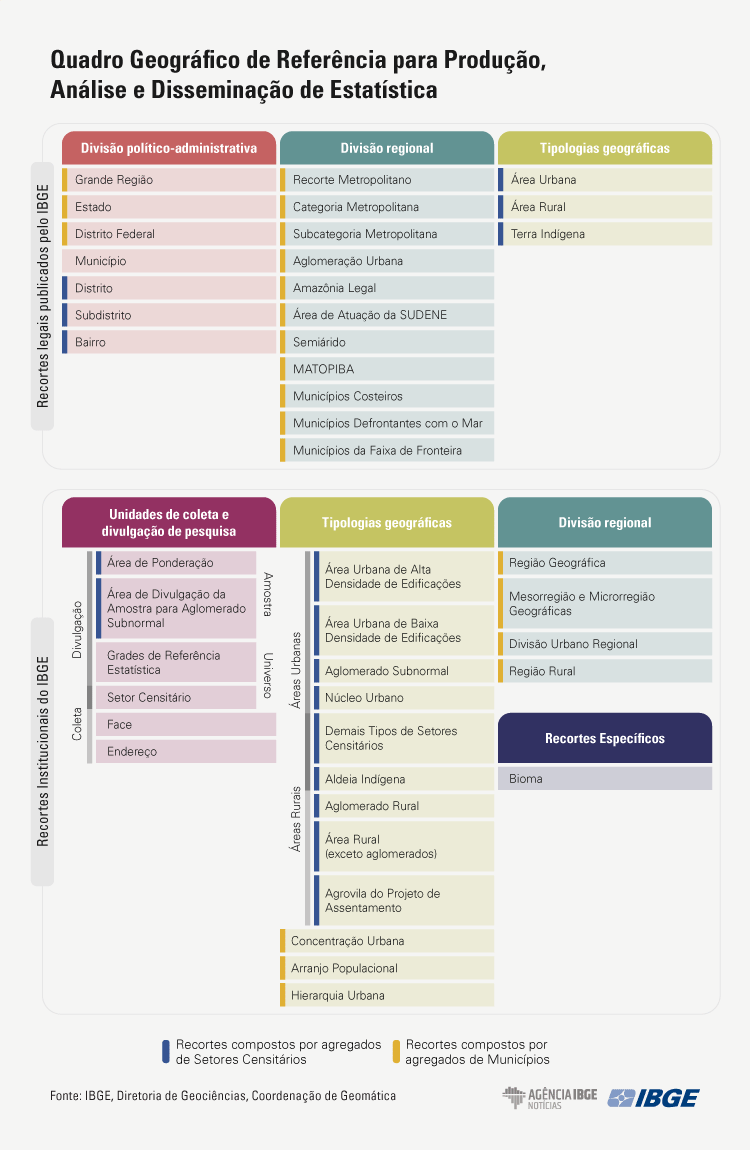 The Geographic Framework also allows you to retrieve previous versions of some sections, which helps the user to understand their evolution process.