The Gross Domestic Product (GDP) grew 1.0% in the first quarter this year, compared with the last quarter a year ago. This is the third positive figure after the retreat in the second quarter of 2021 (-0.2%). At current values, the GDP, which is the sum of final goods and services produced in Brazil, reached R$2.249 trillion. 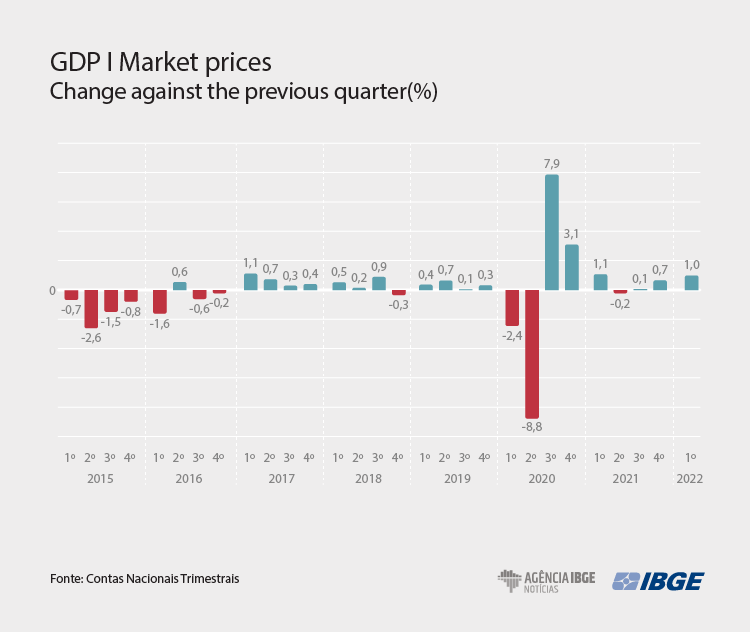 The growth of the economy was leveraged by the rise in services (1.0%), which represent 70% of the Brazilian GDP. “The highest growth in services was registered by other services, which rose 2.2% in the quarter, including many activities of services rendered to families, like lodging and feeding. Many of these activities are face-to-face and had a restrained demand during the pandemic,” explains Rebeca Palis, IBGE´s coordinator of National Accounts.

On the other hand, agriculture retreated 0.9% in the first quarter. “This drop was mainly impacted by the drought in the South, which reduced the production estimate of soybeans, the largest crop in Brazil,” highlights Palis.

Industry remained stable (0.1%). The greatest advance in the industrial activities came from Electricity and gas, water, sewage and waste management activities (6.6%) and the only drop was in Mining and quarrying industries (-3.4%). “That activity pressed the result downward, and its drop is especially due to the production of iron ore, which dropped a lot. As Manufacturing industry rose (1.4%) and weights a lot in the group, it balanced the result of Industry,” explains her. 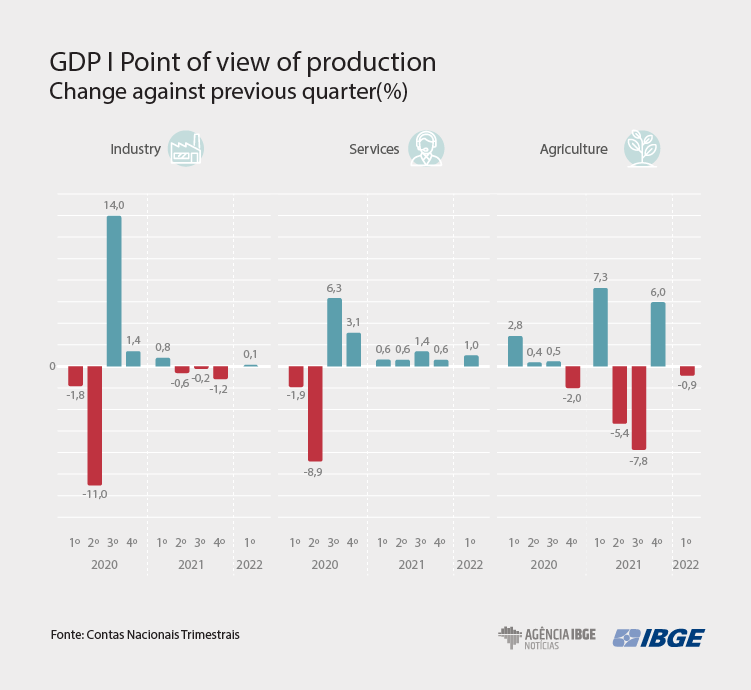 The consumption of households grew 0.7% in the first quarter, whereas that of government remained stable (0.1%). “In household consumption, demand is also related to services, which are mainly face-to-face, like the activities related to travel,” tells Rebeca Palis.

In contrast, investments (Gross Fixed Capital Formation) fell 3.5%. “That drop was impacted by the reduced production and imports of capital goods, in spite of the growth in construction in the period,” explains her.  In the first quarter, the investment rate was 18.7% of the GDP, below that reported in the same period last year (19.7%). 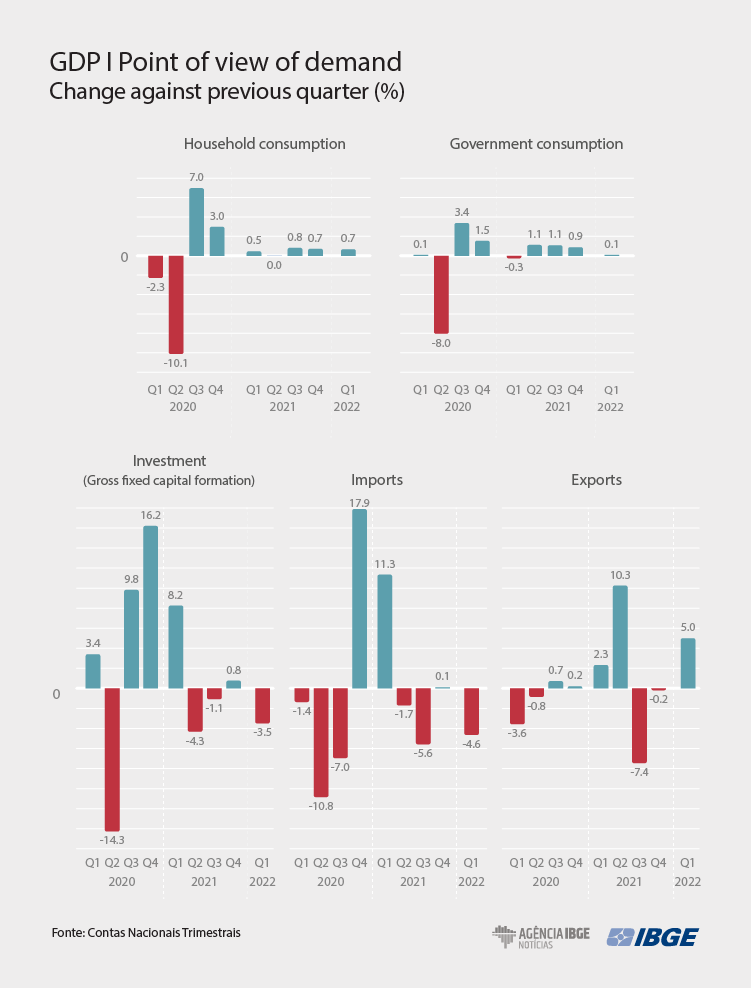 Agriculture and Industry fall in the inter-annual comparison

The GDP grew 1.7% against the first quarter last year. Agriculture dropped 8,0% in this comparison, a result that can be explained by the reduction in the production estimate of some crops whose harvests are important in the first quarter, like soybeans and rice.

Services advanced 3.7% also against the first quarter a year ago, with a rise in most activities. The highlights were Other services activities (12.6%), which were impacted by the upturn of the demand for face-to-face services, Transportation, storage and mailing (9.4%), Information and communication (5.5%), Administration, defense, public health and education, and social security (2.9%) and Real estate activities (0.3%). Two activities dropped in that period: Financial, insurance and related services activities (-1.6%) and Trade (-1.5%).