According to PNAD COVID19, released today (16) by the IBGE, the number of unemployed persons hit 14 million in the fourth week of September, remaining statistically stable against the previous week (13.3 million). As a result, the unemployment rate stayed at 14.4%, also without a significant change over the third week of September (13.7%).

This is the last release of the weekly PNAD COVID19. Data collection through telephone will continue to feed the monthly editions of the survey, which should remain live until the end of the year, bringing data by Federation Unit and disaggregation according to socio-demographic and labor characteristics.

"Although the information on unemployment has remained stable in the weekly comparison, it suggests that more persons are pressing the labor market looking for jobs in the midst of the relaxation of social distancing measures and upturn of the economic activities," says Maria Lucia Vieira, coordinator of the survey.

On the other hand, the employed population stayed at 83 million, remaining statistically stable in comparison with the third week of September. "Over the last four weeks, we have been noticing positive changes of the employed population, yet not significantly. The change was negative in the fourth week of September, though not affecting the unemployment rate," adds her. 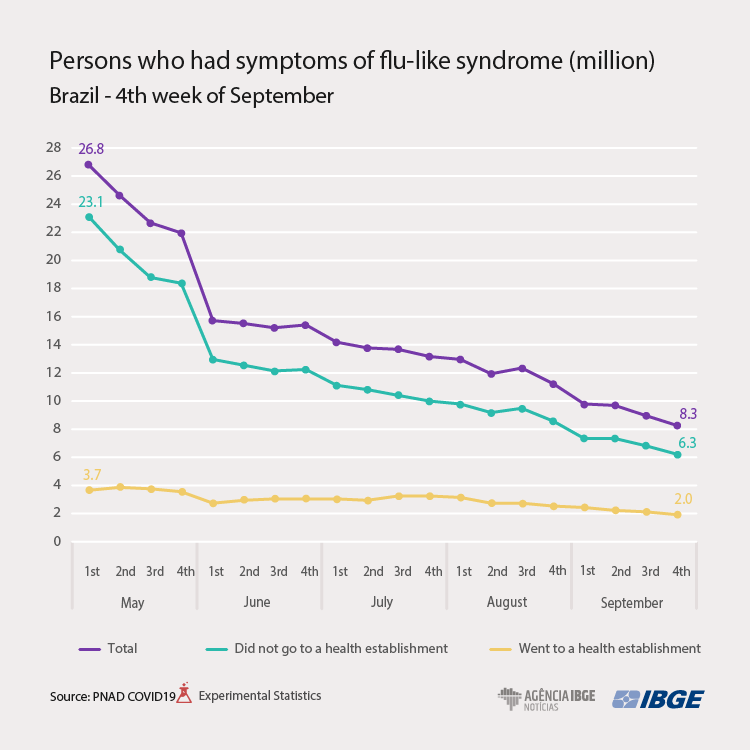 Vieira also highlights that the relaxation of social distancing continued to increase by the end of September. The group of persons who remained strictly isolated (31.6 million) decreased by 2.2 million compared with the previous week.

Likewise, the number of persons who did not take any restriction measure to avoid the infection by the new coronavirus increased. This contingent rose by 937 thousand within a week, hitting 7.4 million persons.

Most of the population (86.7 million) stated that they reduced the contact with other persons, yet they continued to leave home or to receive visits in the fourth week of September, one million more compared with the previous week. On the other hand, those who stayed at home and only left in case of need added up to 84.6 million. This figure remained virtually stable in relation to the previous week. 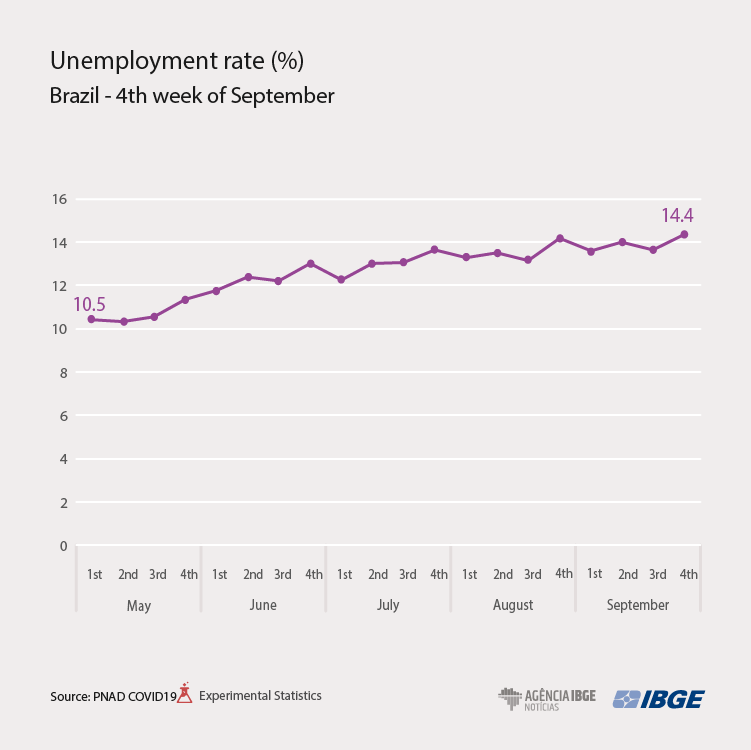 The coordinator of the survey also remarks that the number of persons who had any symptom related to the flu-like syndrome in the fourth week of September (8.3 million) continues to drop, a reduction of nearly 798 thousand compared with the previous week (9.1 million). In the beginning of the survey, in May, 26.8 million reported some symptom.

"Among the persons who had any symptom, two million looked for medical care in either public or private health establishments," adds Vieira, detailing that, of this total, 504 thousand went to public, private or military hospitals and 81 thousand persons (9.9%) remained hospitalized. 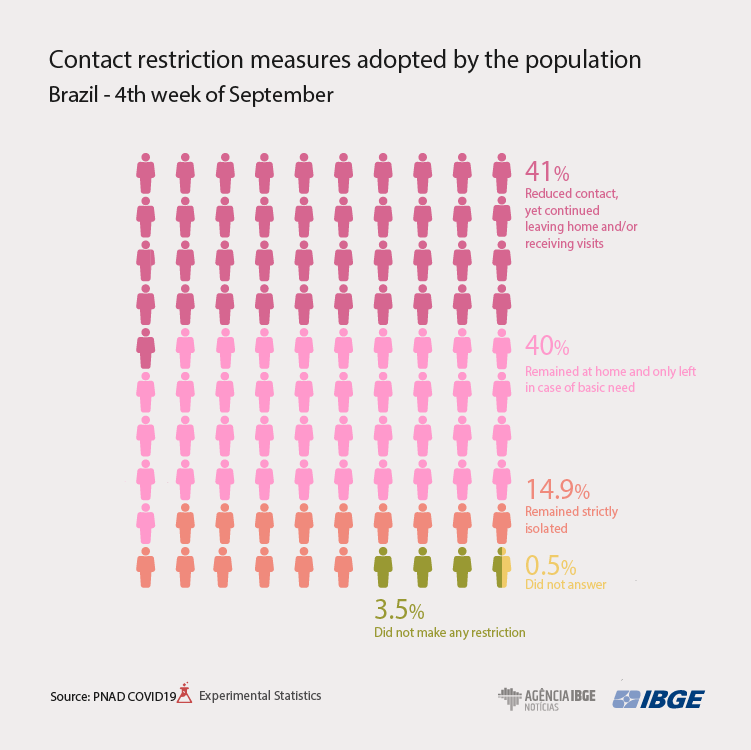 13.9% of students did not have activities in the fourth week of September

The last weekly edition of PNAD COVID19 also shows that, of the 46.1 million students registered in schools and universities in the fourth week of September, 39.2 million (85%) had some activity. Stable figure. Other 6.4 million (13.9%) did not have any activity. All the rest was in vacation (1.1%).

The survey also details that only 26.1 million (66.7%) had school activities along five days of the week. Other 807 thousand students (2.1%) only had activities once a week.