Figures fall, though child labor is still reality in Brazil 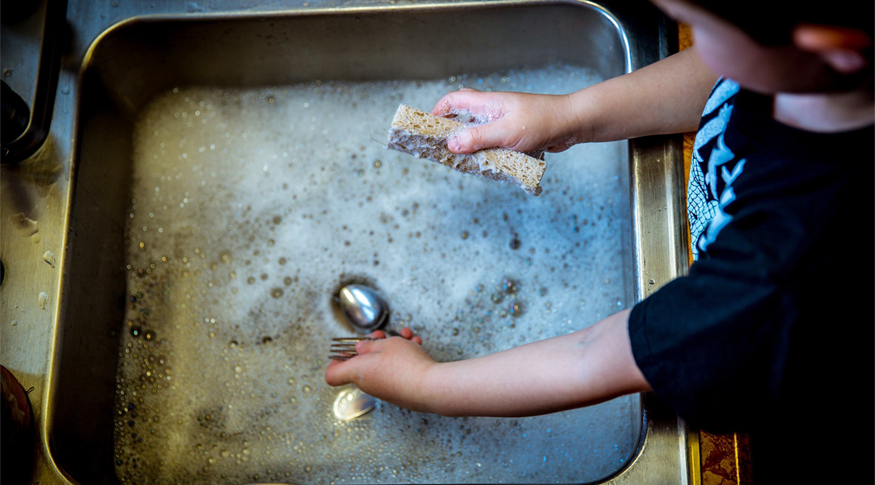 One of the social rights assured in the Federal Constitution, the protection of childhood arrives at the 30th anniversary of the Magna Carta with important advances, mainly in the fight against child labor. The exploitation of child workforce was strongly reduced, whereas the illegal work of teenagers was also targeted by governmental actions.

Art 6 Education, health, food, labor, housing, transportation, leisure, safety, social security, protection to motherhood and childhood, assistance to the helpless are social rights in the form of this Constitution.

Today, work is allowed by law from 16 years onward – before 1998, the minimum age was 14 –, provided it is not in unhealthy and dangerous environments and in the night shift, conditions in which hiring is only from 18 years onward. Nevertheless, 14-year-old teenagers can be admitted in the labor market as trainees.

Although it is usual to consider that children and teenagers have rights to be protected, such reality was not always true. The 1988 Constitution and the Statute of the Child and Adolescent of 1990 were key to change this paradigm and establish the foundation of the base to fight against child labor over the next decades.

In terms of childhood, the Brazilian Constitution anteceded the United Nations Convention on the Rights of the Child of 1989, by establishing the right of the integral protection of this group. "One did not think a child as a holder of rights before that. [The Constitution] opened a door for a number of protection policies. Later, the Statute of the Child and Adolescent detailed this doctrine", explains Enid Rocha, Deputy-Director of Social Studies and Policies of the Institute of Applied Economic Research - Ipea.

The researcher reminds that the fight against child labor relied on the Constitution, yet they gained momentum when charcoal plants in the region of Três Lagoas (MS) that exploited the child workforce were unveiled in the mid-1990s. "It became a world headline. We had already a number of persons and movements militating against child labor, though it was not the purpose of a public policy of the federal government up to then", reminds Ms. Rocha.

Then the Program for the Eradication of Child Labor - Peti was created, transferring funds for the households in the region of those charcoal plants, provided that the children attended school. "This program was a success, then it was improved and joined the Bolsa Família. It became even larger. The households in this condition receive more attention from the Bolsa Família", completes her.

The impact of these policies can be checked in the evolution of the figures since the 1990s. In the most sensitive age bracket, from 5 to 13 years, child labor had sudden drops over the last 20 years. In this group, only 0.7% or 190 thousand persons were employed in economic activities in 2016, according to the Continuous National Household Sample Survey - Continuous PNAD.

"These figures cannot be compared with those from the annual PNAD, though this indicator has been tending to drop as a result of public policies of income generation. Child labor is quite related to poverty. Whenever fighting against poverty, it decreases", complements Flávia Vinhaes, economist of the IBGE´s Coordination of Labor and Income.

The work as a household assistant prevails among children between 5 and 13 years of age, i.e., the case in which children help other resident of his/her household in some economic activity without any compensation. "For example, the mother is a domestic worker and the daughter helps. She does not earn any compensation, though she assists someone who does", explains Ms. Vinhaes. The children in this condition are 73% of those employed in economic activities within this age group. Such situation raises the average earnings of children employed in this age – with or without compensation – to R$132.

"Of those children employed in economic activities, 98.4% attended school. It is a quite high rate. For example, it is 98.6% among those not working. We only perceive such difference in the attendance of older children, who quit school to work", points out the economist.

Also in the bracket between 5 and 13 years, 292 thousand children worked in the production for the consumption of the household, like those employed in family farming. 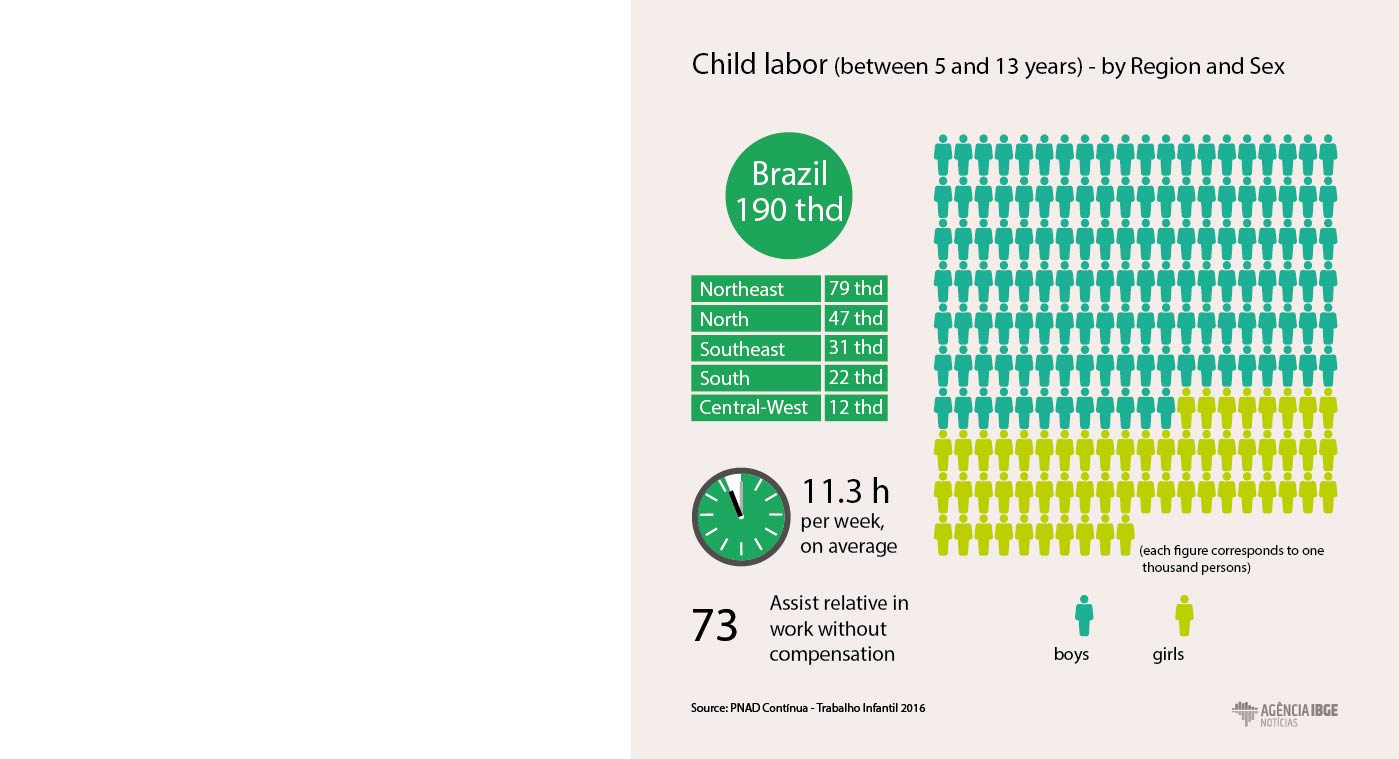 Mariza Veiga, 60 years, tells that she began to work when she was 12, in Rio de Janeiro, as a tutor of other children and laundress assistant, gathering clothes from customers for laundry. She tells that the small extra earnings assured the leisure with friends, since the household budget was tight by then. "My mother widowed when I was a child and she could not afford me. I needed my own money to buy a clothe, go to the cinema, snack in the street".

She adds that the work did not jeopardize the school: "I taught one hour per day and helped the laundresses only at night. It was only two or three days per week. I had to study during the week and could go out with my friends in the weekends. Everything was established: time for studying, time for working and time for fun in the weekends".

Nevertheless, the reality faced by Mariza is quite different of those children who need to help in the household budget and of those teenagers who quit school to work due to a lack of perspective. It is important to question this type of culture for Flávia Vinhaes.

"Child labor is pervaded by a lot of common sense, like 'better working than stealing'. It is important to question such culture of child labor, as it may cause physical and emotional injuries and take children away from school. This jeopardizes the performance and even causes school evasion, when the child quits the school for working", highlights Ms. Vinhaes.

For Ms. Rocha, the fight cannot be put aside, though the advance over the last two decades is undeniable. "Brazil is considered a success case. In 1995, we had half million (522 thousand) of children between 5 and 9 years working, today they are 30 thousand children.

These days, the work in the group between 14 and 15 years has been increasing, the work of teenagers. This is somewhat more difficult for the public policy, because it is more to access consumer goods like sneakers, clothes than to help the household", assesses the Ipea´s researcher.