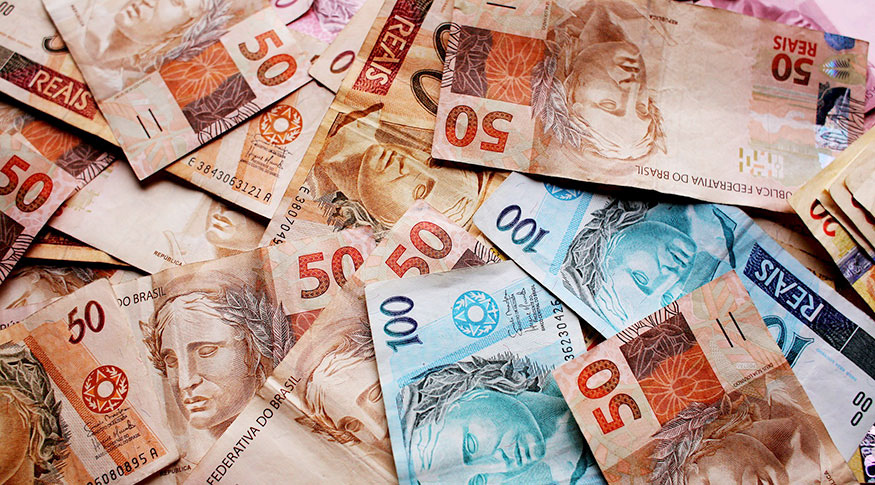 Data from the Regional Accounts, relreased today by the IBGE, sowed that the decrease of GDP in 2016, against the previous year, was observed in 25 states. The only one recording a postive change was Roraima, with 0.2% of increase, whereas the Federal District remained stable, with 0.0%.

According to the manager of the survey, Frederico Cunha, the activity of Administration, defense, education and public health and social security was the most relevant one accounting for the advance in Roraima, and prevented the decrease in the Federal District, once it represented almost half of the value added to the overall GDP volume.

“These areas depend a lot on public administration, and the little change in this segment turns it into a type of bumoer for the economy. So when there is a widespread decrease in Trade and in Agriculture, for example, the activity ends up holding the result. ”.

Amazonas was the state recording the mot significan decline, with a decrese of 6.8%. The main negative contributions were those of the sectors of Trade and repair of motor vehicles and motorcycles (-10.3%) and Manufacturing industry (-12.9%), mainly due to the reduced production o f beverages and office, computer electronic and optical material. 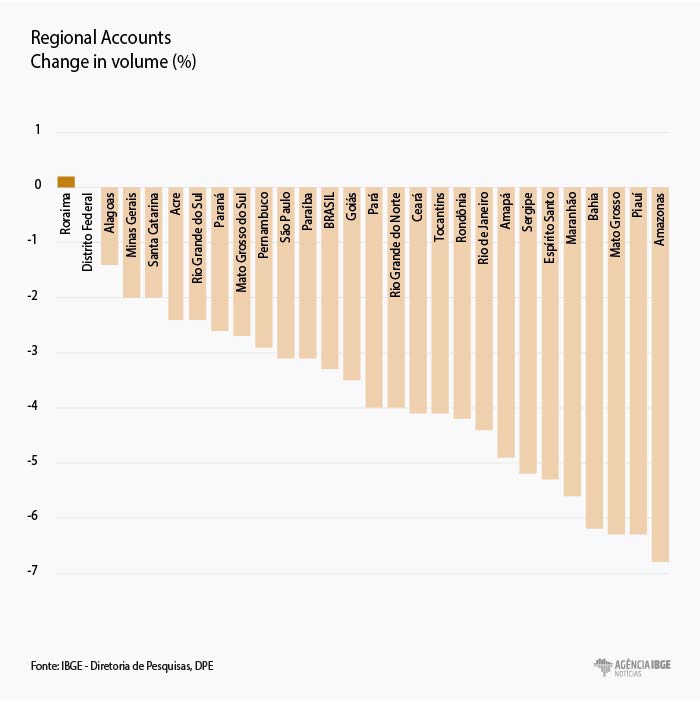 Southeast is the only Major Region with a decrease in share

Between 2015 and 2016, the Southeast was the only Major Regiom to record a decrease in its GDP share, with a change from 54% to 53.2%, mainly due to decreases in Rio de Janeiro (-0.8 percentage points) and Espírito Santo (-0.3 percentage points). São Paulo avanced 0.1 percentage points and Minas Gerais remained stable

Between 2002 and 2016, Tocantins recorded the biggest decrease

The survey also compared the results of 2016 with those of 2002, year of the start of the time series. In this period, the volume of Brazilian GDP recorded an increase of 2.5% a year. The state recording the biggest dcrease  was that of Tocantins, with an average of 5.2% a year, followed by Mato Grosso (4.7%) and Roraima (4.3%).

In spite of having recorded increase since 2014, São Paulo had a decline in share, with a change from 34.9% in 2002 to 32.5% in 2016. “The gain in relative share of São Paulo between 2015 and 2016, however, was maily associated with the decrease of the share of Rio de Janeiro, which has the second biggest level of participation”.