Illiteracy decreases in 2017, but remains above 2015 target

The illiteracy rate of the population aged 15 and over in Brazil fell from 7.2% in 2016 to 7.0% in 2017, but did not reach the target of 6.5% set in 2015 by the National Education Plan (PNE). These data are part of the Education module of the National Household Sample Survey, released today by the IBGE.

In absolute figures, a total 11.5 million who still do not know how to read or write. The incidence is almost three times bigger in the population range of 60 years of age and over, 19.3% and more than twice among black persons (9.3%) in comparison with white ones (4.0%).

Fourteen of the 27 Federation Units, however, have already met the PNE target, but there is still a big regional gap, mainly due to the Northeast, which recorded the highest rate among the Major Regions, 14.5%.The lowest ones were recorded by the South and Southeast, 3.5% each. In the Central West and North, the indexes were 5.2% and 8.0%, respectively. 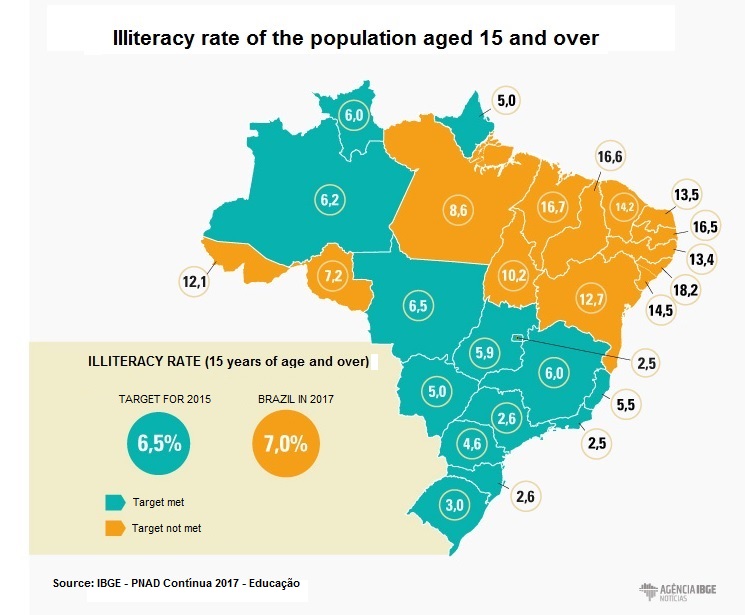 Only 68.4% of the high students were taking the expected grade according to their age

The target of assuring that 85% of the high school students are at the expected age for that educational step was not met either. In 2017, only 68.4% of the students were taking the expected grade according to their age, showing little change against the 2016 figure, 68%. 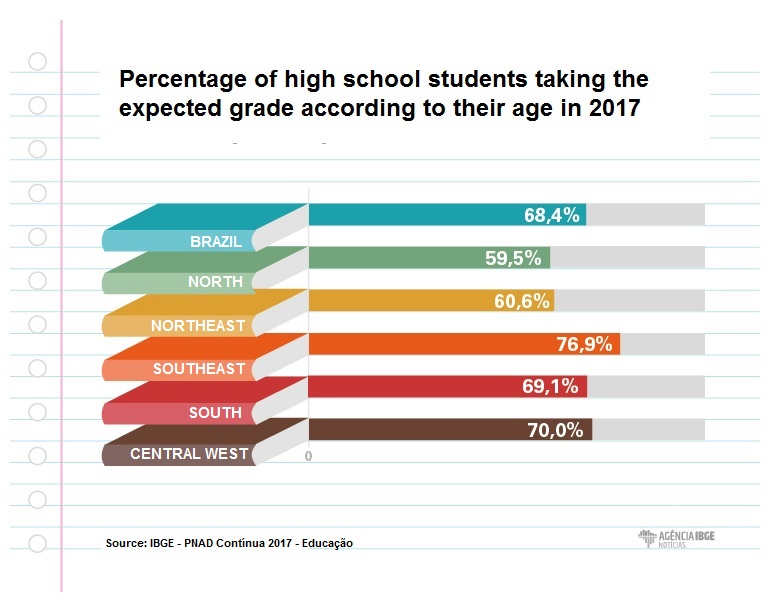 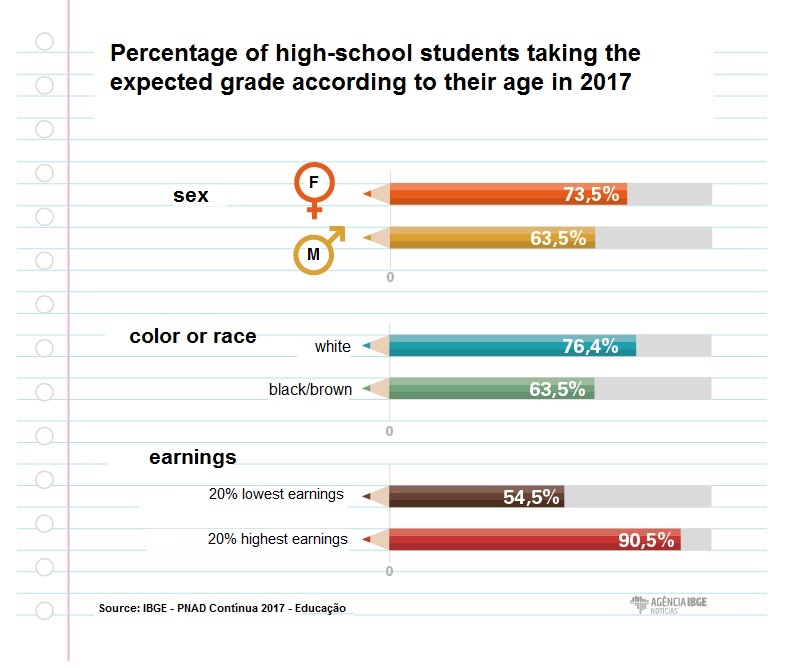 “That is a domino effect. For example, if the student fails one year in primry school they will problably start high school late. That can help explain why the rate is more problematic in this phase”, says the IBGE researcher Marina Águas.

The rate of persons without schooling, that is, those aged 25 and over who did not finsih any grade of primary school, fell from 10.7% in 2016 to 8.8% last year. By Major Region, the highest rate was that of the Northeast 16.5%, and the lowest, was recorded in the Southeast, 5.5%.