Fewer companies ceased operations in 2015. Nevertheless, the business market lost 1.6 million salaried persons against figures of 2014. That can be seen in the 2015 edition of Demography of Enterprises, a study released today by the IBGE. That is the first decrease in salaried persons since 2008, when the study first took place.

A total 713.6 thousand companies closed in 2015, versus 943.9 thousand, in 2014. About 3.8 million ones survived over the year and 708.6 thousand started or restarted operations in 2015. As a consequence, the total balance of companies was negative, with about minus 5 thousand companies than in the preceding year. 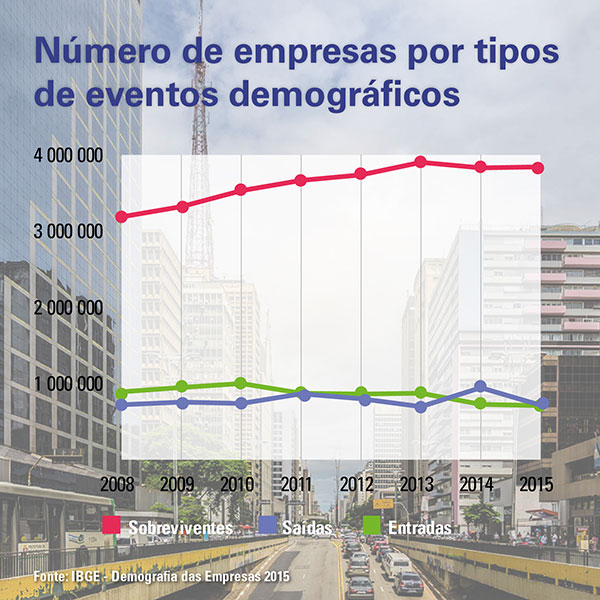 Salaried employed persons recorded a decrease of 4.5% from 2014 to 2015, with minus 1.6 million employment contracts in the business market.

“That decrease results from the reduction of salaried employed persons in surviving companies. Entering companies generated 777.8 thousand salaried jobs, whereas the ones that ceased operations accounted for 492.1 thousand positions”, says Katia Carvalho, researcher in charge of the study.

She believes that, although the number of companies seems stable in comparison with the 2014 figure, losses in salaried persons indicate that 2015 was still marked by a crisis in companies: “that started to affect employment, which so far had not felt any negative impacts. All that is still a consequence of the crisis”.