Indigenous population has diversified agricultural production, with a majority of women producers and less pesticide use

The IBGE releases today a new module of the 2017 Census of Agriculture,, with detals about the main characteristics of agricultural and extractive activities, by groups of color or race of producers. The publication also presents analyses by specific territitories, about Indigenous Lands spread all over the country and for some Conservation Units - Extractive Reserves (RESEX), Sustainable Development Reserves (SDR) and National, State and Municipal Forests. 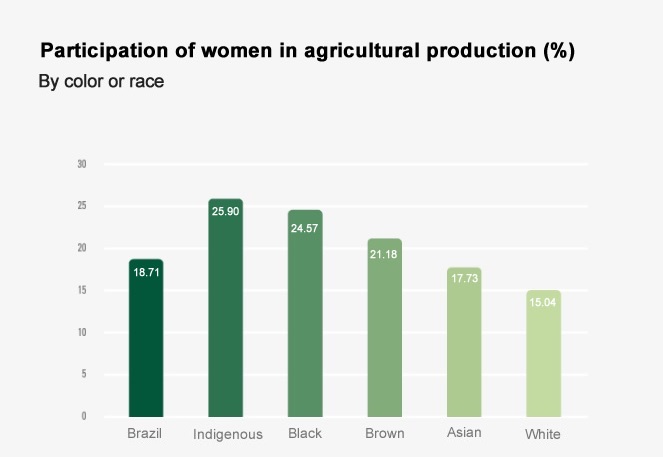 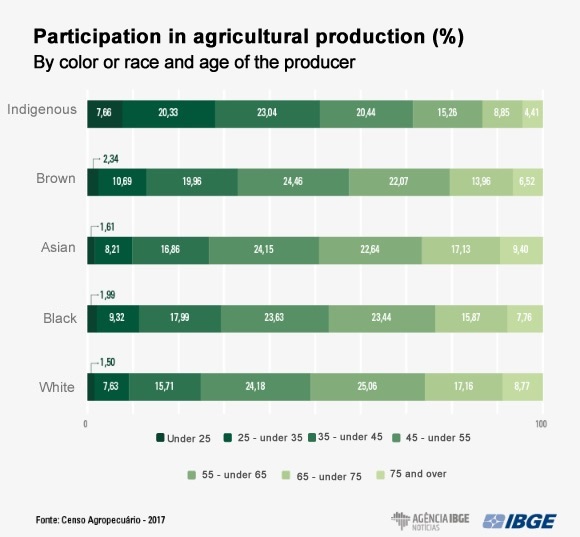 According to Marta Antunes, coordinator of the Census of Traditional Peoples and Communities, family work is a characteristics of indigenous peoples. “That is mostly observed in establishments focused on subsistence. In establishments managed by indigenous persons there was a bigger variety of products, wich results in more food security for these families,” Ms Antunes explains. In 67.08% of the agricultural establishments in Indigenous Lands, the main purpose of horticulture production is consulption by producers and their families. Among the total establishments found by the 2017 Census of Agriculture, this percentage is lower (43.54%).

The 2017 Census of Agriculture shows that the establishments directed by Indigenous persons have a more diversified production (43.24% classified as diversified and very diversified), according to the classification of the Food and Agriculture Organization of the United Nations – FAO, whereas in establishments whose producers were self-identified Asian production is more specific (29.89% classified as super specific), that is, concentrated into a smaller range of products. 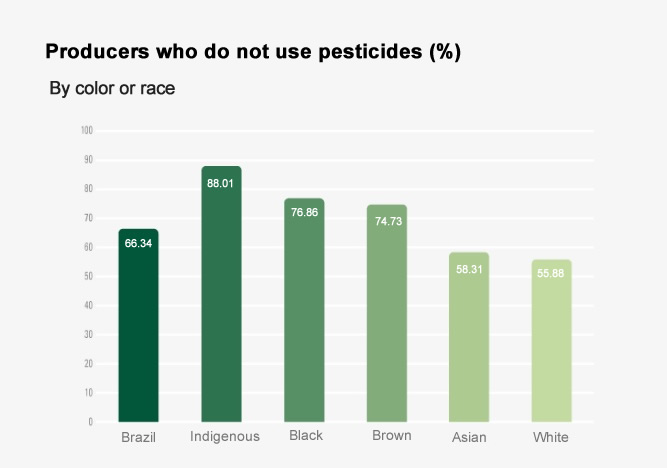 Indigenous producers are those that most often use ordinary seeds produced by themselves (74%), followed by black and brown (both with 53%), white (36%) and Asian (31%) producers.

In horticulture, the most commonly found products in establishments managed by Indigenous persons are pepper, yam and sweet potato, whereas producers of other four groups of color or race favored lettuce.

Wild crop harvesting is a highlight in Indigenous Lands

The 2017 Census of Agriculture shows that there is a bigger relevance of Indigenous Lands, where 45.15% of the producers have this activity. Among the establishments out of these locations, the rate is only 8.86%.

AM, AC and PA hold 81.4% of the establishments with Conservation Units

A continuous study, with the inclusion of data over time

According to Ms. Antunes, the study results from society’s need to understand the agricultural production of traditional populations, mainly of indigenous peoples and extractivism agents, as well as other black and brown producers. “With this publication, we can unserstand what tells apart indigenous from non-indigenous establishments, and also identify characteristics of establishments and producers from other traditional territories. Partially in accordance with provisions in Decree 8,750/2016, by producing official statistics about Indigenous peoples and wild harvesting.”

It is the first time the Census of Agriculture has investigated the color or race of producers and theis spouses, with analyses by Indigenous Lands and Conservation Units. The objective was to make available detailed information about these topics, in order to fulfill the need of monitoring of targets in the UN 2030 Agenda for Sustainable Development Goals, of the Montevideo Consensus on Population and Development and of the National Strategic Plan for Protected Areas.