IBGE launches 81st edition of the Statistical Yearbook of Brazil

The IBGE launches today (May 30) the 2021 Statistical Yearbook of Brazil (AEB). The publication, in its 81st volume, provides an overview of the country's reality in its territorial, environmental, demographic and socioeconomic aspects. The yearbook presents the results of surveys and studies that were carried out both by the Institute and by partner institutions.

“The Statistical Yearbook is a source of pride for the IBGE. It is a work with technical rigor, editorial quality, made and fed by many hands. In each edition, data are reviewed, innovations are proposed, a glossary of terms and an index are created. It is a publication that brings tables, graphs and texts as well as data from the IBGE and other bodies that make up the National Statistical System (SEN)”, explains the executive coordinator of the publication, Isabela Torres. Among the partner institutions are, for example, the Brazilian Tree Industry, the Superior Electoral Court (TSE) and the Brazilian National Telecommunications Agency (Anatel).

“In this edition, we have a new table with labor contracts and Digital Social Security. Another novelty is the table with the outpatient production of the Unified Health System (SUS), in actions of health promotion and prevention. There is also an update on the numbers of deaths by Covid-19, which we brought for the first time last year, in partnership with the Ministry of Health”, says Ms Torres, also highlighting, among the data published in the yearbook, the drop in the number of marriages and in the number of diagnosed AIDS cases between 2020 and 2021. 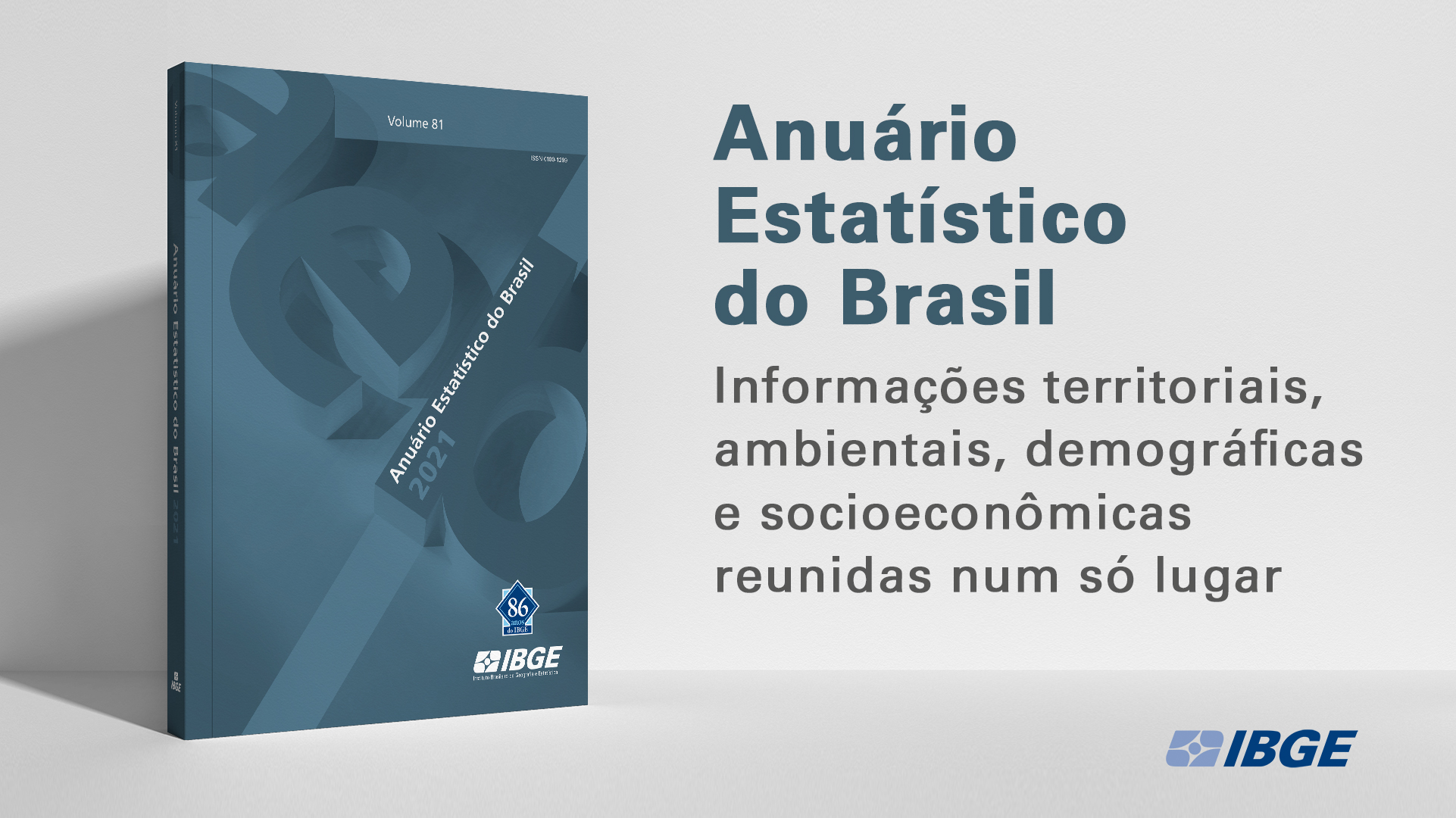 The yearbook is divided into seven sections. The first one deals with the characterization of the Brazilian territory and is divided into three parts: position and extension; territorial division; and natural resources and the environment. In this first section there are topics such as types of land use and cover and their distribution in Brazilian biomes, susceptibility to landslide events and species threatened with extinction. One of the highlights is the populationat risk areas, with data for Major Regions and Federation Units, which were included in the publication this year.

The second section gathers data on the demographic and socioeconomic characteristics of the population. It contains, for example, civil registry numbers, such as births and marriages, and those relating to the labor market, housing and public security. In the chapter dedicated to health, the vaccination numbers in the country are presented.

Data from agricultural surveys, such as the Survey of Stocks, the Survey of Municipal Agriculture (PAM) and the Survey of Municipal Livestock (PPM), are discussed in section three. In the fourth, there is a portray of the industrial activity, with figures for mining and quarrying and manufacturing industries, energy and construction sectors, among others. One of the sources for the section was the Annual Survey of Industry (PIA).

In the fifth section, the results refer to trade, transportation, communications, tourism and other services and are drawn from surveys such as the Annual Survey of Trade and the Annual Survey of Services. Section six, entitled “Indices, prices, costs and wages”, brings data from surveys such as the Extended National Consumer Price Index (IPCA), which tracks inflation trends in the country.

The seventh section brings macroeconomic data, data from Public Finances, Monetary and Financial System, External Sector and National Accounts. Each of the sections includes a glossary with the concepts investigated in the survey and standardized references from the consulted sources. The reading guide facilitates consultation and, as a result, the understanding of the volume.