GDP stays at -0.1% in third quarter influenced by drop in agriculture

The Gross Domestic Product (GDP), which is the sum of the final goods and services produced in Brazil, stayed at -0.1% in the third quarter this year compared with the second quarter, when it dropped 0.4%. Despite the rise of 1.1% in services, which account for more than 70% of the national GDP, the index was influenced downward, mainly due to the drop of 8.0% in agriculture and also to the retreat of 9.8% in the exports of goods and services. On the other hand, industry remained stable (0.0%).

The GDP remains at the level between the end of 2019 and beginning of 2020, the pre-pandemic period, and it is still 3.4% below the peak of the economic activity in the time series, reached in the first quarter of 2014. In current values, the GDP hit R$2.2 trillion in the third quarter. The GDP grew 4.0% in relation to the third quarter last year.

In the cumulative index in the year up to September, the Brazilian GDP advanced 5.7% in relation to the same period in 2020. The data are from the Quarterly System of National Accounts, released today (2) by the IBGE. 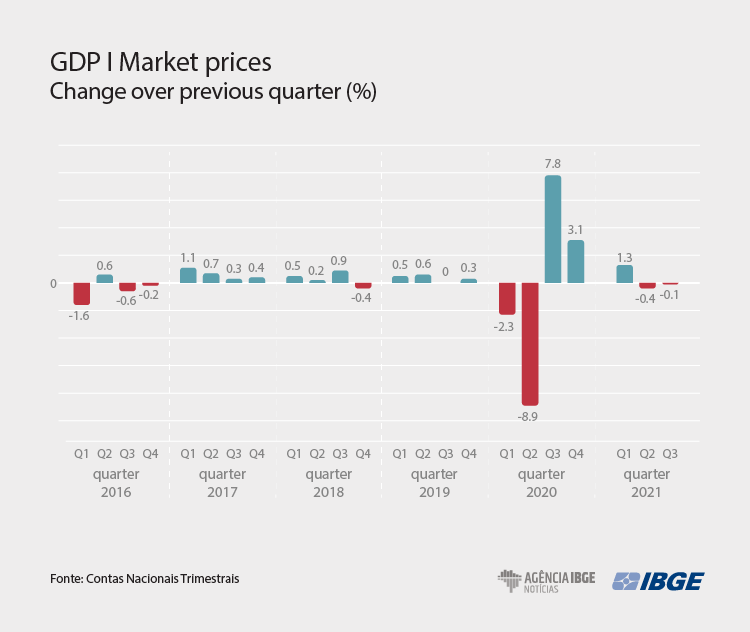 The retreat in agriculture (-8.0%) was caused by the closure of the soybeans harvest, which also impacted the exports. Rebeca Palis, IBGE´s coordinator of National Accounts, explains that as the harvest of soybeans is much more concentrated on the first two quarters, it impacts on the result.

“As soybeans are the major Brazilian commodity, the agricultural production tends to shrink in the second semester. Furthermore, agriculture comes from a high comparison basis, since it was the activity that mostly increased in the pandemic period and, for this year, the perspectives were not so positive, a year of negative biennial bearings for coffee and with a harsh weather at the time some grains were planted,” lists Palis.

The growth in services was leveraged by other activities (4.4%), which gather a number of services rendered to families. “With the advance of the vaccination against Covid-19 and the increase in the mobility and re-opening of the economy, the families began to consume less goods and more services,” comments Palis.

“The drop in financial services is partly due to an increase in the accidents of health plans. Trade, which was one of the most affected sectors by the pandemic, strongly rose in the second quarter with the re-opening and, therefore, the comparison basis was high and families also moved part of their consumption to services,” explains Palis.

On the other hand, industry, which accounts for nearly 20% of the national GDP, remained stable (0.0%) in the quarter. Only construction (3.9%) grew. Electricity and gas, water, sewage and waste management activities (-1.1%), manufacturing industry (-1.0%) and mining and quarrying industry (-0.4%) dropped.

“The rise in the prices of inputs and other problems in the production chain, as well as the energy crisis, have been affecting the industrial sector,” highlights Palis. 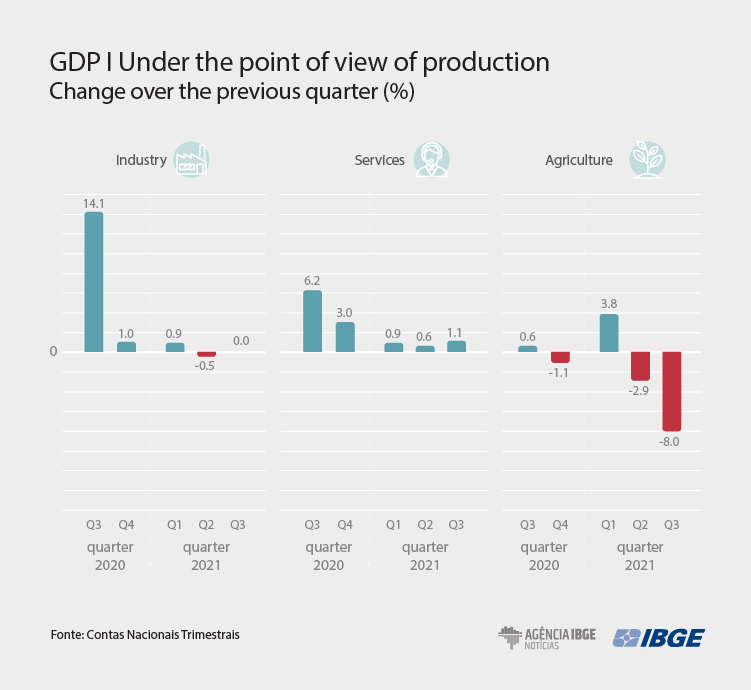 Exports dropped 9.8% in the GDP

Under the point of view of the demand, consumption of households increased 0.9% compared with the previous quarter. And government consumption also rose (0.8%).

“The negative balance of goods and services caused the GDP to move downward in the comparison with the previous quarter. It should be highlighted, however, that both activities sharply rose in the inter-annual comparison, mostly due to the upturn of the international tourism. Yet, the contribution to the growth was still negative, since imports (20.6%) far exceeded exports (4.0%),” concludes Palis. 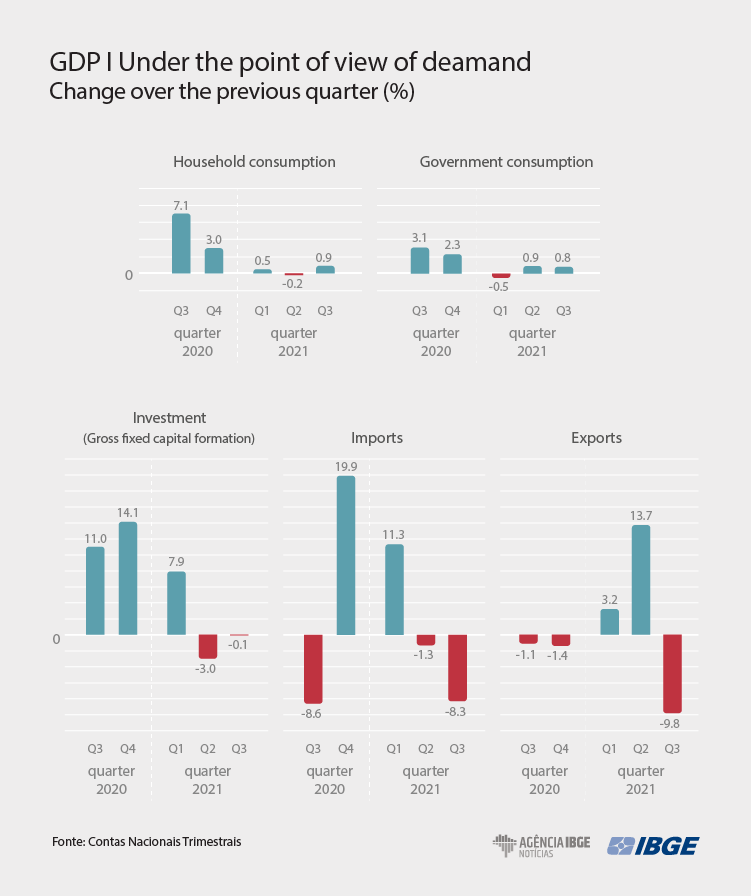