Leveraged by women, consumption of alcohol increases among Brazilians in 2019

Brazilians are consuming more alcoholic beverages. Or rather, women: 17% of adult women stated to have drunk once or more per week in 2019.  The index is 4.1 percentage points higher than it was in 2013 (12.9%). Leveraged by the increase among women, 26.4% of the adult population stated to have drunk every week in 2019 against 23.9% in 2013. This is one of the results presented by the National Survey of Health - PNS, released today (18) by the IBGE and carried out in partnership with the Ministry of Health, with data on the perception of health condition, lifestyle, chronic diseases and oral health.

According to Gustavo Geaquinto Fontes, an IBGE analyst, such pattern does not only concern to the price of the products. After all, there are cheap alcoholic beverages. "The access to the consumption influences, of course, but you should not state how determining it is. It also concerns to the lifestyle of persons with higher income," states him.

According to the survey, the consumption of alcoholic beverages is one of the biggest risk factors for the population, being considered one of the major causes of Non-communicable Chronic Diseases - NCDs, as well as of accidents and violence. 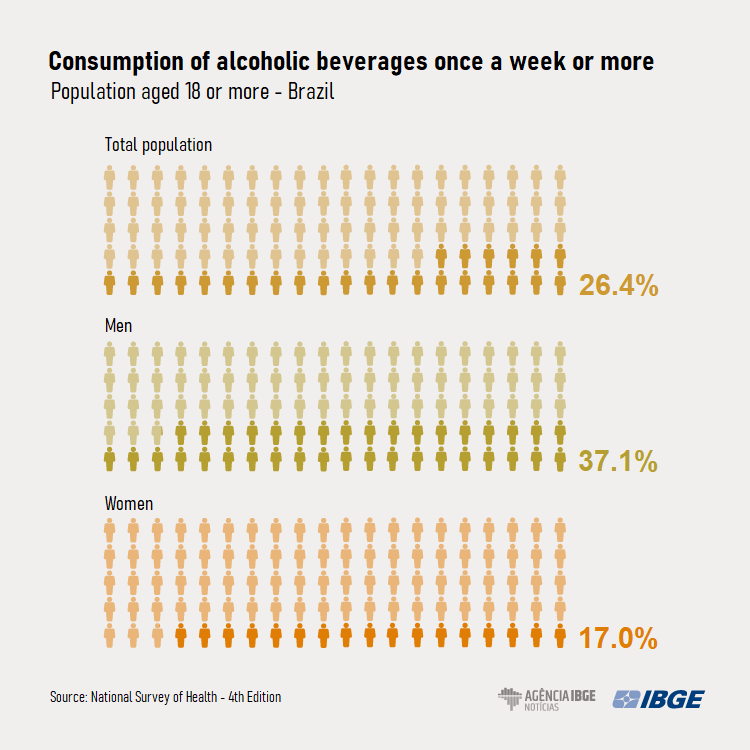 One of five male drivers drove after drinking

The survey also shows the proportion of drivers who drove a car or motorcycle after the consumption of alcoholic beverages, regardless of the amount. The result points out that 17% of the Brazilian drivers drove after drinking, a percentage that was lower in the South and Southeast regions (14.8% each) and higher in the North (23.4%). In the rural area, the proportion was higher than the national average, of 22.5%, whereas it stayed at 16.2% in the urban area.

In the division by gender, the proportion of female drivers who drove a car or motorcycle after the consumption of alcohol was 7.8%. Among the male drivers, the percentage hit 20.5%, one out of every five. In the comparison by age, adults between 25 and 39 years registered the highest proportion: 21.2%, whereas persons aged 60 years and over recorded the lowest one, 11%.

The result of the PNS 2019 shows that 20.4 million persons over 18 years of age consumed tobacco products, either smoked or not, either daily or occasionally. It represents 12.8% of the population, a drop of 2.1 percentage points compared with 2013 (14.9%). 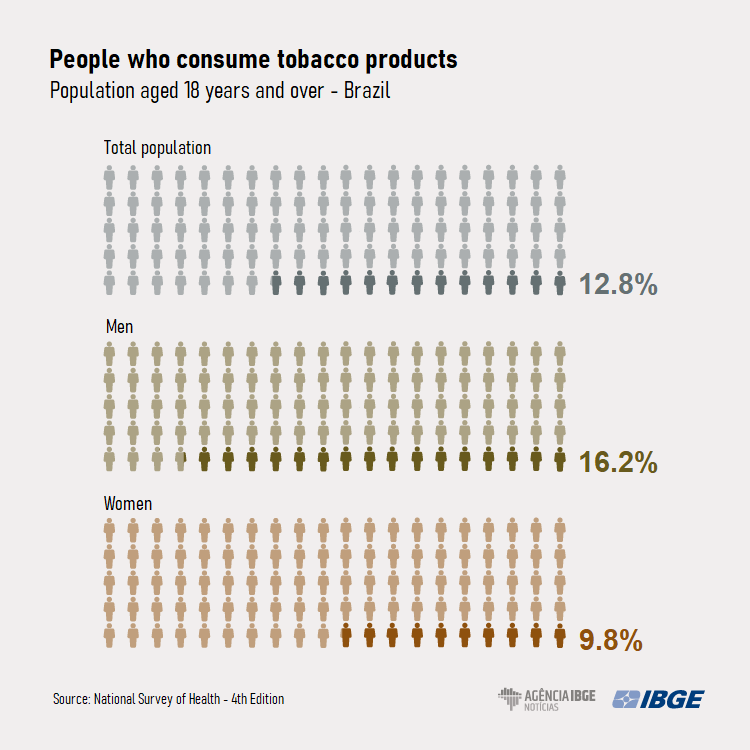 Another relevant information in the survey: the bigger the schooling level, the lower the proportion of smokers. The range with the highest percentage is that of persons without education/incomplete primary education: 17.6%. The proportion decreases to 15.5% in the range of persons with complete primary education and incomplete secondary education down to 9.6% for complete secondary education/incomplete higher education and to 7.1% among men and women with higher education. Fontes believes that the greater access to information and awareness campaigns are major factors. And adds: "In this range, more people work in larger companies where smoking is forbidden, for example." 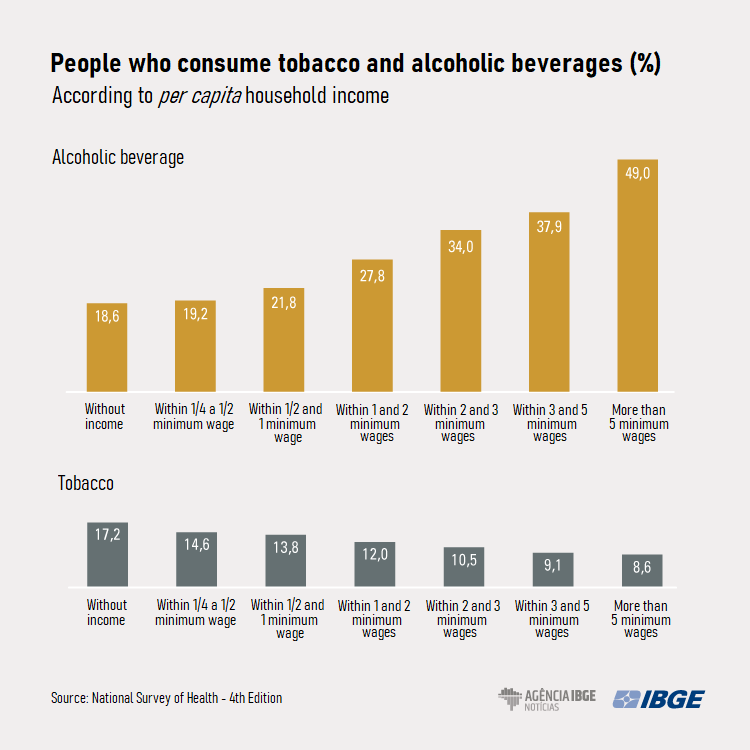 For Fontes, there is a greater access to information of what is depression. "There was – and there is still – a taboo on the disease, though it is being more and better discussed," explains him. "According to the Worldwide Health Organization, depression can be defined as a mental disorder characterized by sadness, lack of interest, absence of pleasure, oscillation between sense of guilt and low self-esteem, as well as by sleep and appetite disorders," stresses the study.