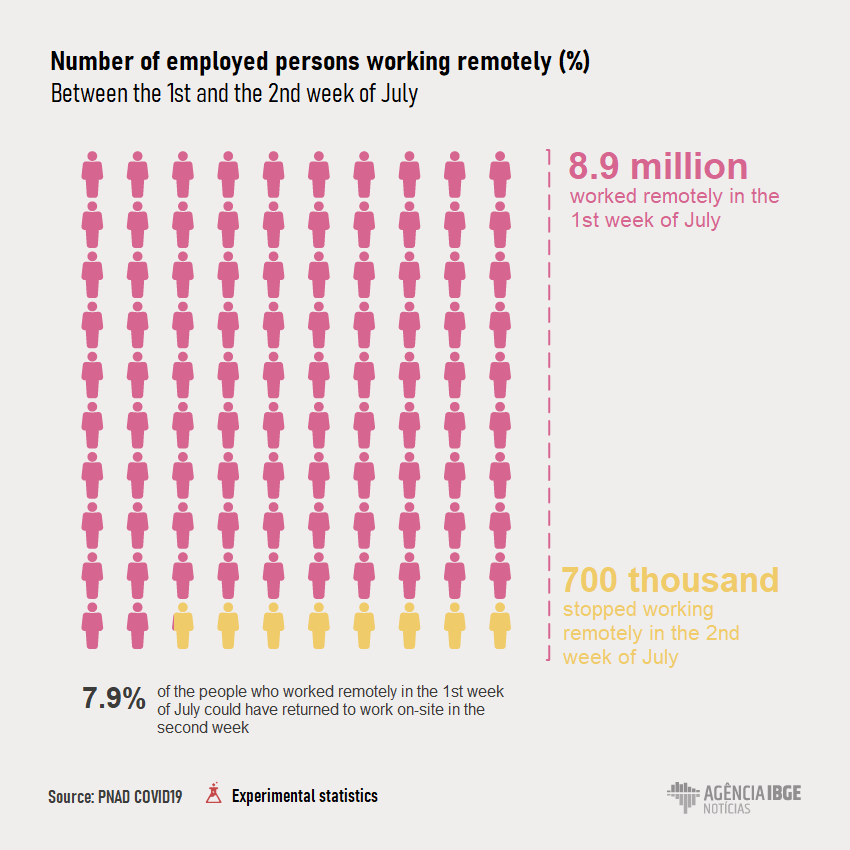 "Social distancing has been no longer a reason to be away from work. They are alleging other reasons, like, for example, sick leave and maternity leave. That group could include persons who could have been laid off," analyzes Vieira, adding that nearly 10.1 million persons were away from work in the second week of July. They were 20 million in the beginning of May.

Number of persons who did not search for a job due to the pandemic reaches 19.2 million

The survey also shows that the number of persons who would like to work, but did not search for a job due to the pandemic or lack of jobs in the locality where they live remained stable (19.2 million). After dropping in June (17.3 million), that group returned to the level of the beginning of May (19.1 million).

As a result, the unemployment rate stayed at 13.1% in the second week of July, which corresponds to 12.2 million persons without a job. Employment also changed slightly in the same week compared with the previous one, adding up to 81.1 million persons. Yet, this figure is lower than that of the first week of May (83.9 million). Less than half of the population (47.6%) was working in the second week of July.

The informality rate stayed at 34.0%, reaching 27.6 million persons. They were 29.9 million in the beginning of May.

PNAD COVID19 also unveils that of the 13.9 million persons who complained of any symptom of flu syndrome, nearly 3.0 million looked for medical care in the second week of July. These data remained stable in the comparison with the previous week, though they are lower than those registered in the beginning of May (26.8 million and 3.7 million, respectively).

Altogether, 914 thousand looked for care in public, private or military hospitals and 124 thousand were hospitalized. 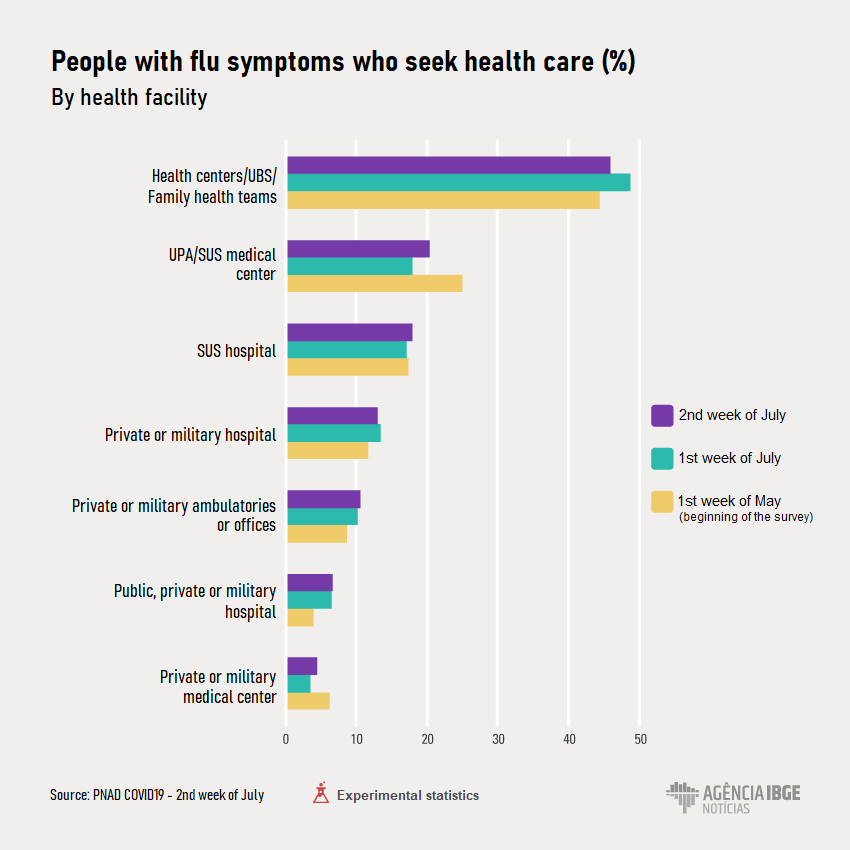 Carried out with the support of the Ministry of Health, PNAD COVID19 is a version of the National Household Sample Survey - Continuous PNAD aimed at pinpointing the impacts of the pandemic on the labor market and at quantifying the persons with symptoms associated to the flu syndrome. The IBGE releases the survey on a weekly and monthly basis. It comprises the products of the Experimental Statistics.