Those nearly 84 thousand registrations represent 3% of the 2,983,567 births recorded in notary's offices last year, as reported by the Vital Statistics, released today (4) by the IBGE.

Concerning delayed birth registrations, the survey manager, Ms. Klivia Brayner, says that some regions are yet to be fully covered. “Hard-to-reach areas, only accessible by boat, for example, can pose some difficulties. But the government, through joint efforts, is trying to encourage the population to register their children, mainly in the North, by means of registration campaigns”. 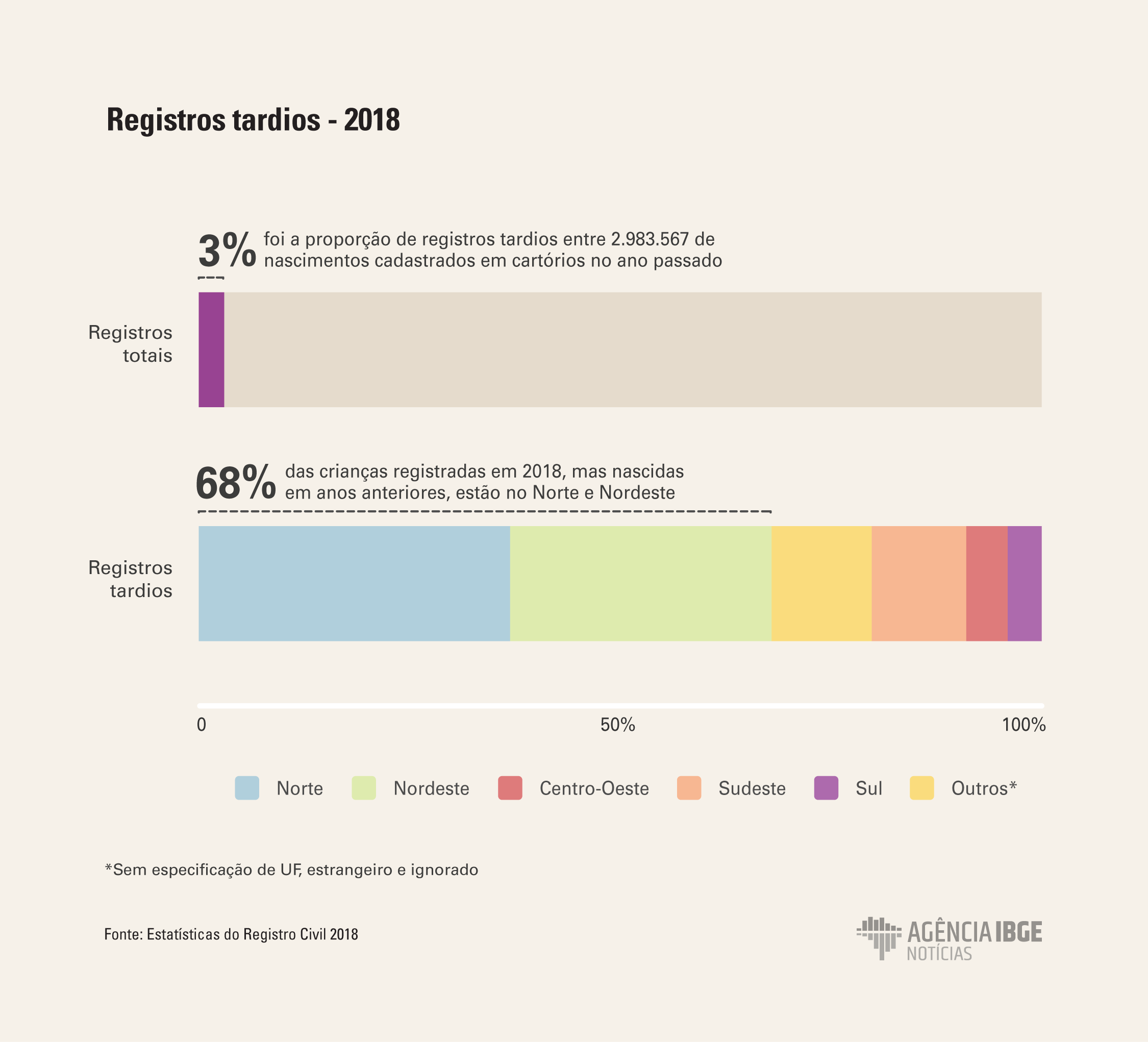 In the cohort of the mother's age at delivery, there is a trend of proportion increase among women who gave birth after 30 years old. This has been detected in the last few years and has remained up to nowadays. The results are in line with the drop of the fertility rate among younger women. As a whole, more than 968 thousand birth registration were of children with mothers aged 30 to 39, which represents 33.4% of the total. In the Southeast (37.3%) and in the South (36.4%), the proportion is higher than in the rest of the country.

On the other hand, in the North and Northeast, the number of teenage mothers calls the attention. Half of the birth registrations in the North are of women that were up to 24 years old at delivery, of whom 20% were aged between 15 and 19.

The study has also shown the percentage of unnatural death registration in Brazil, those caused by violence as murder, suicides and traffic accidents. Against 2008, there was a decrease from 10.2% to 8.4% of the total death registrations, as last year it was 1,279,948 (by sex and age). All regions had decrease, except for the Northeast, which increased from 10.2% to 11.4%. 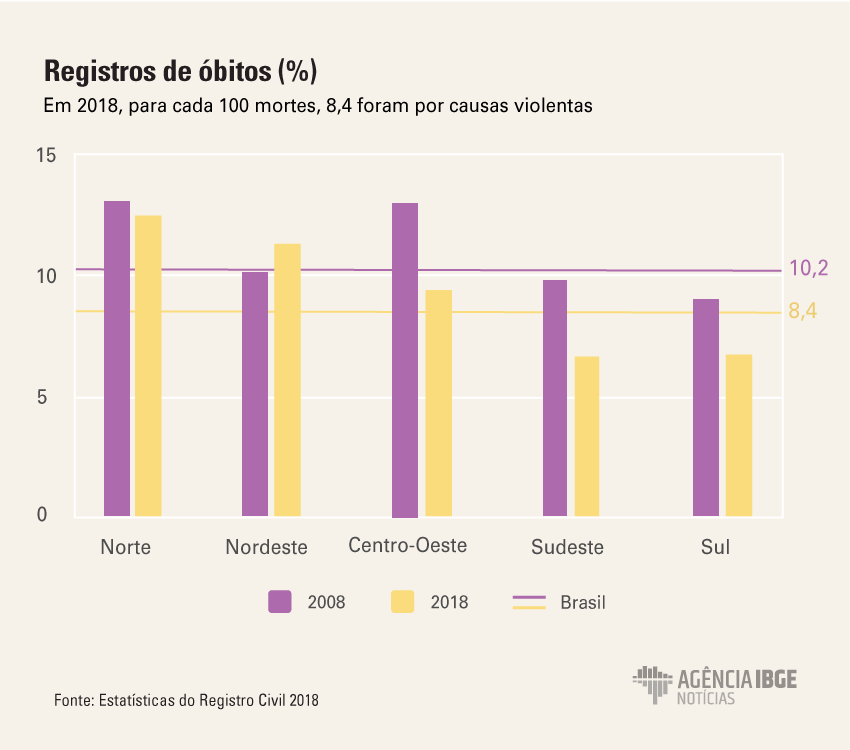 The 2018 statistics kept the 2017 trend, showing that the chance of a man aged 20-24 dying from violent causes is 11 times greater than that of a woman in the same age group.

The states of Bahia, Rio Grande do Sul, Sergipe and Ceará presented 80% or more of male deaths in the age group of 15 to 24 years due to unnatural causes, leading the ranking in the category.