Investment in technology improves productivity of agricultural harvest in 2017

The increasing use of technology in the country, coupled with the research for genetic improvement, made possible the increase of the grain harvests without the requirement that the harvest area followed the same pace of growth. An example is soybean, whose production volume more than doubled, growing 123% between 2006 and 2017, whereas its harvest area increased 72%. In this period, 3.4 tonnes of soybean per hectare were produced, nearly 30% more than in 2006. The data are from the Census of Agriculture, released by the IBGE in October (25).

"Time was gained by means of technology. Seed improvement, product improvement", explained Antonio Carlos Florido, technical manager of the Census of Agriculture. According to Alfredo Guedes, manager of Agriculture, they created selections of seeds adapted to the Brazilian system, like the Cerrado and the Matopiba region, which comprises the states of Maranhão, Tocantins, Piauí and Bahia.

"With the increasing use of genetically-modified seeds, the production costs decreased and this economy was targeted to fertilization and seed improvement", stated Guedes. 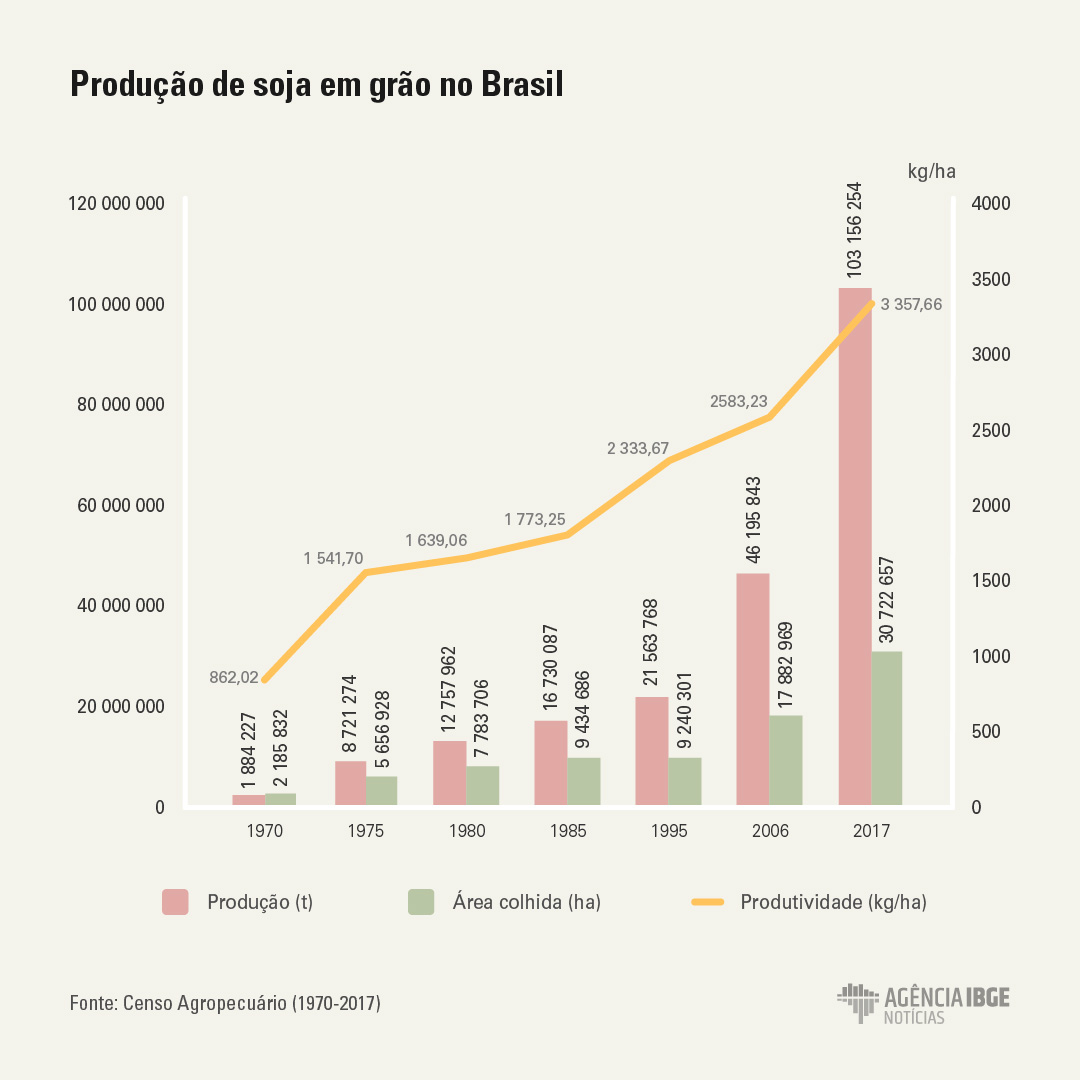 Among the products that mostly impact the Brazilian economy, corn also stood out: the productivity increased 56%, changing from 3.6 tonnes per hectare in 2006 to 5.6 tonnes in 2017.

Besides the technologies of genetic improvement, another explanation for this phenomenon is the use of techniques like no-till, which improved the interleaved production between corn and soybean, used in large establishments. The last Census of Agriculture noticed an increase of 85% in the area with no-till over the last 11 years.

Precision farming is also pointed out as one of the factors that allowed such increase in the productivity. "We have more efficient machines, which specify the amount of fertilization required for the soil. We manage to map how many kilos of nutrients a certain area requires. It was not available in the past", commented Guedes.