Among the enterprises born in 2012, nearly 40% of 597.2 thousand were still active in 2017. This proportion, measured by the survival rate, shows that six out of every ten enterprises closed their doors in five years. The data are from the survey Demography of Enterprises and Statistics of Entrepreneurship, released today by the IBGE.

The survey analyst, Denise Guichard, explained that the balance of enterprises in the market had been under a positive trend until 2013. “It had had almost 4.8 million enterprises  in activity in the country, with a positive balance of 175 thousand in relation to 2012, the number of enterprises was rising. But that number has been decreasing with negative balances since 2014, when there was the worst slump, almost 218 thousand enterprises closed”. 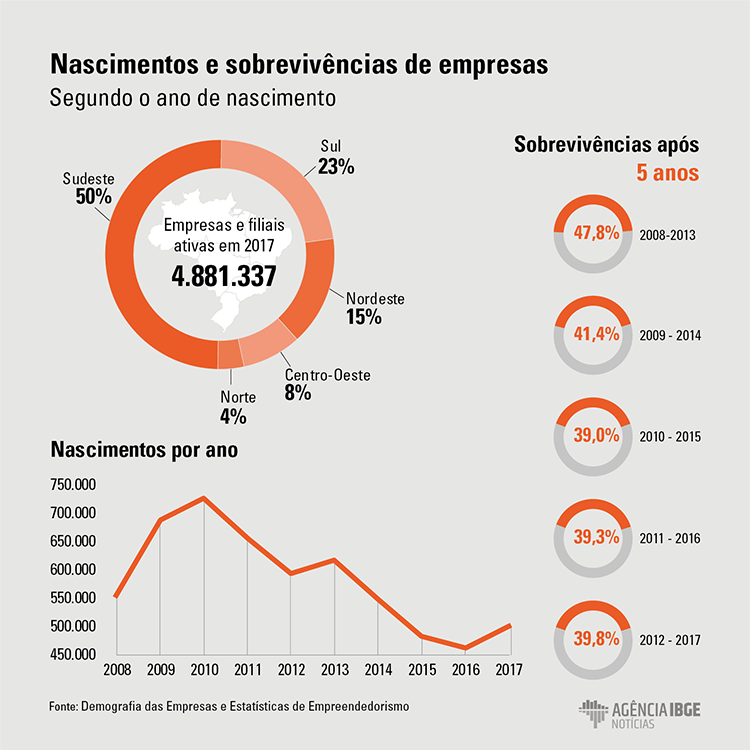 Among the surviving enterprises in 2017, almost 60% had at least one salaried person. “The majority of closed enterprises consisted only of the owner and partners”, explains Denise.

In the entrepreneurship analysis, the survey study, besides other aspects, high-growth enterprises, which are the ones that had 10 or more salaried employed persons in the first year of observation and that record an annual average growth of salaried employees of at least 20% in a period of three years.