Municipalities in the Legal Amazon and Semi-arid Region account for 13.7% of GDP in 2016 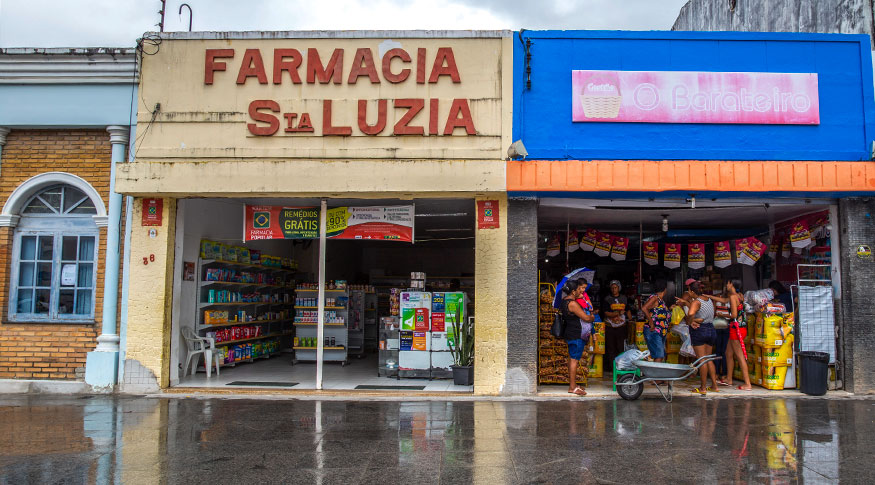 It is the first time that the GDP of Municipalities, released today by the IBGE, presents a geographic analysis, thus allowing the conduction of studies with different regional approaches and exploring social interactions between the cities.

“In the Legal Amazon, activities range between the expanded agribusiness and the mineral output from Pará, they include the production from the legal Amazon Free Trade Zone. In the semi-arid region, a highlight is the participation of Public Administration in a number of municipalities", says Claudio Stenner, head of the IBGE Geography Department.

140 municipalities in São Paulo concentrate 26% of the national GDP

The area that encompasses 140 interconnected municipalities led by the municipality of São Paulo held 26% of the GDP in 2016. “In that region, of an almost ongoing process of urbanization, that covers from Santos to Piracicaba, and from Sorocaba to Pindamonhangaba, the GDP by square meter is 68 timer bigger than in the rest of the country", highlights Diogo Cabral, from the IBGE Geography Department. 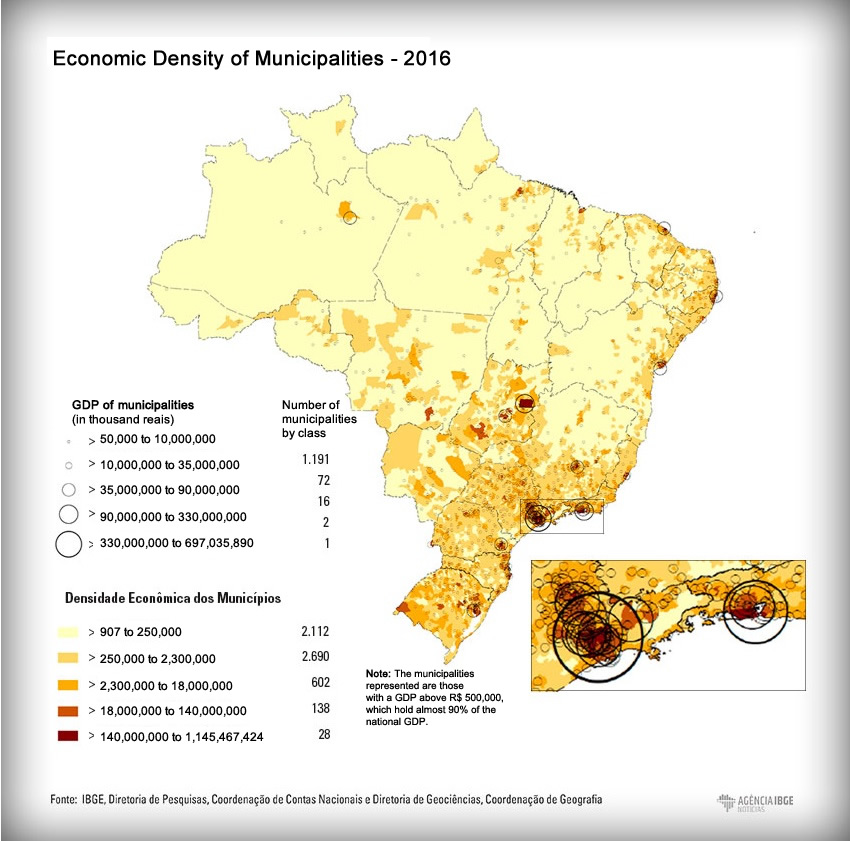 A total 58.9% of the GDP were in the leading municipalities, which attract residents from surrounding cities for the conduction of economic and social activities, for example: São Paulo, Belo Horizonte, Curitiba, Porto Alegre, Rio de Janeiro.

Nevertheless, those leading municipalities have reduced their participation when compared to surrounding municipalities, between, 2002 and 2016, whereas in areas with smaller GDP, such as the semi-arid region, the opposite took place.

Stenner calls attention to to the differences in the pattrns of cities: “In the Northeast, the leading city increased in 102 regions, and the surrounding areas, in other 51. In the semi-arid region, 79 regions increased in the leading city, agains 29 in the surroundings. In the South, Southeast, North and Central West regions municipalities recorded more increase than leading municipalities."