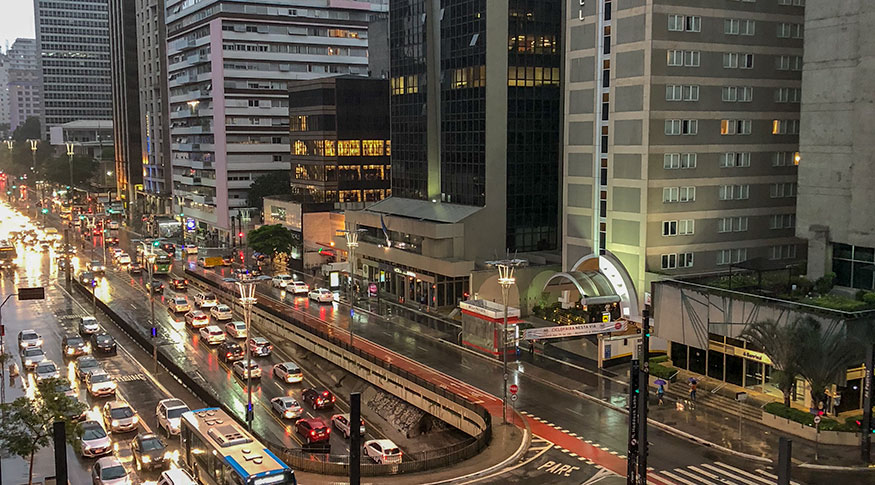 The contribution of São Paulo (SP) and Rio de Janeiro (RJ) to the national Gross Domestic Product (GDP)fell from 19% to 16.2%, between 2002 and 2016. Nevertheless, both capitals still keep the first and second positions, respectively, in the natonal GDP rankin, as reported by GDP of Municipalities, released today by the IBGE.

The capital of São Paulo has had its contribution reduced by 1.7 percentage points since 2002, due to the decrease of manufactring industry units, as stated by Frederico Cunha, manager of the IBGE National Accounts Department: “There has been clear deinsustrialization from the capital towards inner parts of the state. That started in 2014, with the decline of high standard eal estate. Construction industry has not recovered since”.

As for Rio de Janeiro, there was reduction by 1.1 percentage points, in the period. “The decrease in contribution comes from the state itself, as a consequence of the advance of the oil and gas industry, mainly from the 2000's on, Frederico explains.

According to the reasearcher, the capital of Rio was mainly affected in its financial, communication and information segments, all of which have an impact on trade activity. “Construction also reduced its contribution in comparison with other parts of the country, but, in this case, that was due to the spread of activities all over the Major Regions in Brazil”, he adds.

Capital municipalities reduced their contribution to GDP by 2.9 percentage points between 2002 and 2016, with a change from 36.1% to 33.1%. Frederico says that, besides the advance of other municipalities, other indicators point to deconcentration: "the Gini coefficient", which measures concentration, changed slightly, from 0.86 to 0.85, but that of Industry fell from 0.92 to 0.89, indicating expansion towards non-traditonal areas.”

The reasearcher also highlights that deconcentration in Industry affects Services and Public Administration. “When decentralization takes place and Industry advances, Services follow. And the State grows, as a result”. 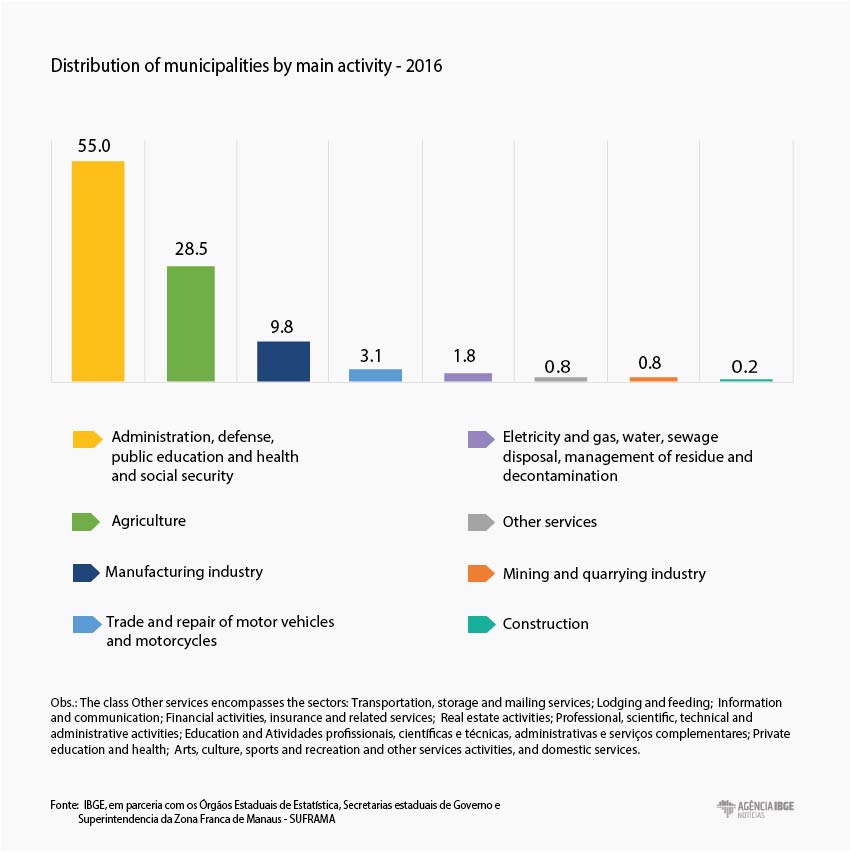 He also explains that the increase of disposable income in smaller municipalities, due to the social protection system implemented in the period, was a relevant factor. “More income was generated and, later, personal services increased all over the country, and also services provided by the State”. In 2016, 55% of the municipalities had Public Administration as their main activity: “in smaller municipalities, Public Administration is always the most important activity”.

Financial services place Osasco in the ranking of municipalities

Osasco (SP) increased its participation by 0.4 percentage points between 2002 and 2016, the biggest increase in the period, and rose from the 16th to the 6th position in the ranking of municipalities. “Osasco increased its participation due to financial services, for the city houses the headquarter of a major bank. In addition to that, the city was benefited by the construction of a ring road, and it is a strategic spot for distribution in the wholesale market”, says Frederico.