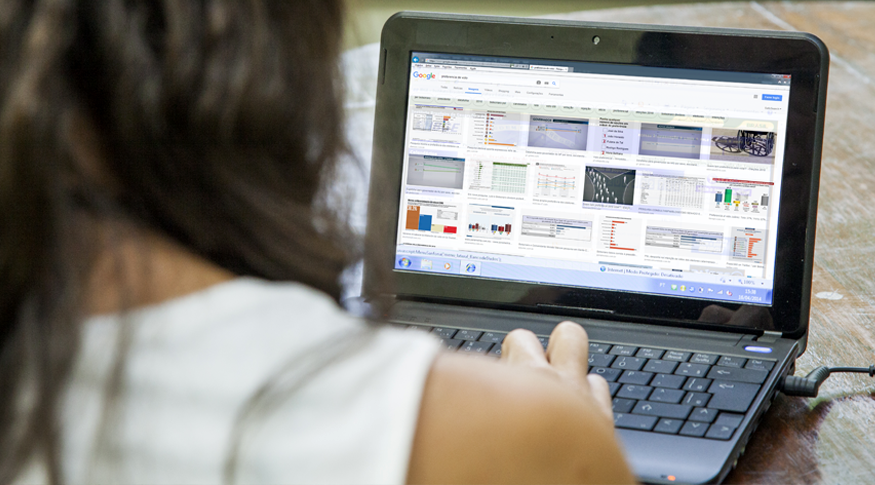 Influenced by the creation of election jobs, the unemployment rate for the quarter closed in October was 11.7%, a drop of 0.6 percentage points compared to 12.3% in the May-July quarter. The employed population grew by 1.4% (1.2 million more people) in this period, totaling 92.9 million people. Even so, there were still 12.4 million job seekers in the quarter, according to data from the National Household Sample Survey, published today by the IBGE. 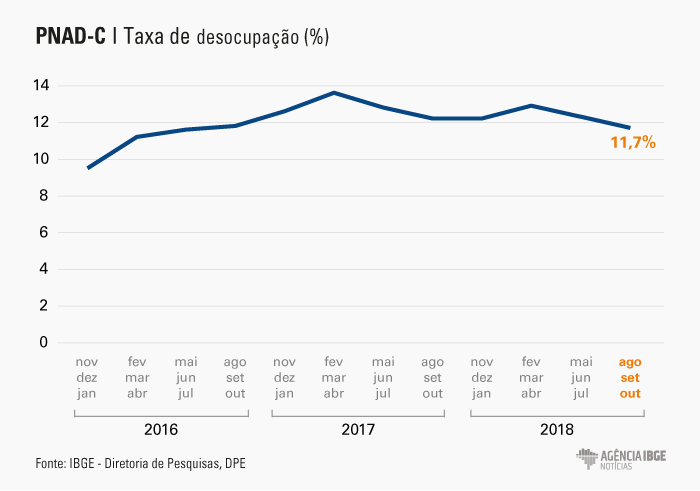 "Unemployment has been falling and this trend is due to the increase of informal jobs. Employees with a labor contract show no sign of expansion. The increases are seen among workers without a formal contract and the self-employed, mainly without CNPJ ", explains the IBGE coordinator of Labor and Income, Cimar Azeredo.

The increase in the number of employed persons was distributed among the activity groups, with a highlight to Information, Communication and Financial, Real Estate, Professional and Administrative Activities (+ 214 thousand persons) and Other services (+ 240 thousand persons).

According to Cimar, the unemployment drop in the quarter ended in October was favored by the elections: "In the Information group, there are persons who worked in the polls and in the group of Other services, the canvassers and all the personnel that worked campaigning for the candidates," he explains.

The survey also shows that those people who worked in the elections increased the number of time-related underemployment, which reached 7 million persons in the October quarter, an increase of 6.4% (418 thousand more people). Compared to the same quarter of the previous year (August to October 2017), this indicator also showed a positive change (10.5%).

The discouraged population, those who gave up looking for work, in turn, remained stable in the quarterly comparison, but rose by 10.6% compared to the same period in 2017, reaching 4.7 million persons (4.3% of the workforce ).

The improvement in employment was not seen in the usual real average earnings (R$2,230), remaining stable in comparison with the previous quarter and also with the same period of the previous year.

Cimar Azeredo, during the press conference at the IBGE headquarters, highlighted that in the last quarter of the year, the Continuous PNAD-Continua must reveal the influence of the elections (October), Black Friday (November) and Christmas (December) on the labor market.