Informality boosts employment's high of 1.5% in quarter ended in September 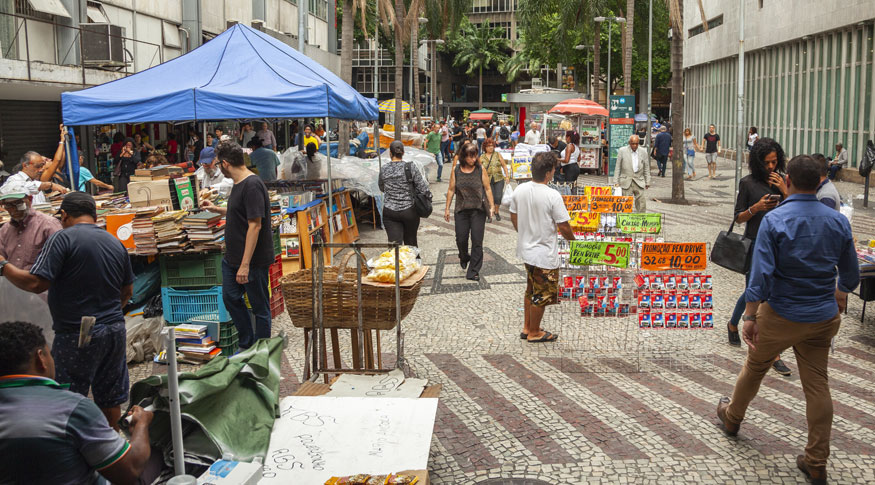 Driven by informal work, the employed population increased by 1.5% (1.3 million more persons) in the quarter closed in September, leading the unemployment rate to 11.9%, against 12.4% in the previous period. The total employed population in the period reached 92.6 million. The number of unemployed, in turn, fell 3.7% (474 ​​thousand), reaching 12.5 million people. The information is from the Continuous National Household Sample Survey - Monthly Edition, released today by the IBGE.

"The fall in unemployment is a highlight, from 12.4% in the quarter from April to June to 11.9%, from July to September. People are getting out of the unemployment line, a fall of almost half a million persons. Such advance, however, brings an issue: it took place between workers without a formal contract and self-employed workers. It is a favorable result, but aimed at informality and at the increase of the underemployment, "explains the coordinator of Labor and Income of the IBGE, Cimar Azeredo.

The number of employees in the private sector without a formal contract grew by 4.7% over the previous quarter, reaching 11.5 million persons (an increase of 522,000). In relation to the same period of the previous year, there was increase of 5.5%, an estimated growth of 601 thousand persons. On the other hand, the category of self-employed workers grew by 1.9%, reaching 23.5 million persons (432 thousand more than in the previous quarter). Both groups hit records in the time series, as well as the number of persons working less than 40 hours per week who would like to work more hours (6.9 million persons). 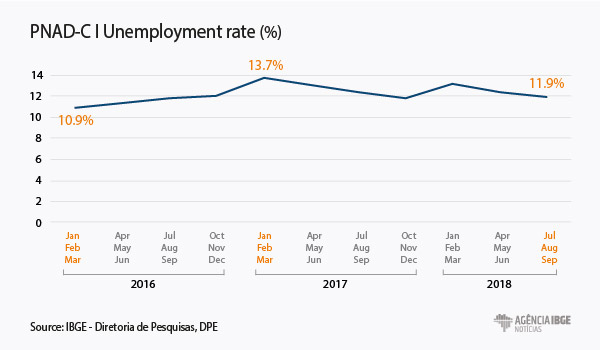 Meanwhile, the total number of employees with a formal contract remained practically stable compared to the same quarter of the previous year, something that had not happened for 13 quarters. "This was the first time that there was no significant drop in the group of workers with a formal contract in the annual comparison. It was a negative change, but it was not significant," says Cimar about the contingent of 33 million workers in this condition.

The group Other services, by the way, benefited from the positive impact exerted by the elections, with the jobs generated along the campaigns. "Those jobs are known as paid canvassers, involved in the electoral process, supporting their candidates", explains Cimar.

Although there was improvement, the underutilization rate remained stable compared to the previous quarter, with 27.3 million persons. In relation to the same period in 2017, there was an increase of 2.1% (559 thousand more persons). Discouraged people, in turn, also remained stable in the quarterly comparison, but rose by 12.6% compared to the same period in 2017, reaching 4.8 million persons (4.3% of the workforce).

The average usual real income did not reflect the improvement in the employment. It was estimated at R$2.222, remaining stable in comparison with the previous quarter and also compared to the same period of the previous year.