North and Northeast have limited access to basic sanitation

The access to basic sanitation services is still a challenge in both the North and the Northeast Regions of Brazil, according to data from the Continuous National Household Sample Survey - Characteristics of the Housing Units and of Residents, released today by the IBGE. The two Major Regions remain below the national average when it comes o water supply, sewage disposal and garbage collection.

The two locations face different difficulties regarding water supply. In the North, only 59.2% of the housing units are covered by the general supply system, way below the 85.7% nationwide and the 92.5% registered in the Southeast. The most common type of supply in the area is a deep or artesian well (19.6% against 6.6% in the country) and shallow or groundwater well (15.0% against 3.3% nationwide).

“Both situations are difficult: one location has access, but not daily; in the other, a smaller percentage is covered by the general system”, says Maria Lúcia Vieira, manager of the Continuous PNAD. 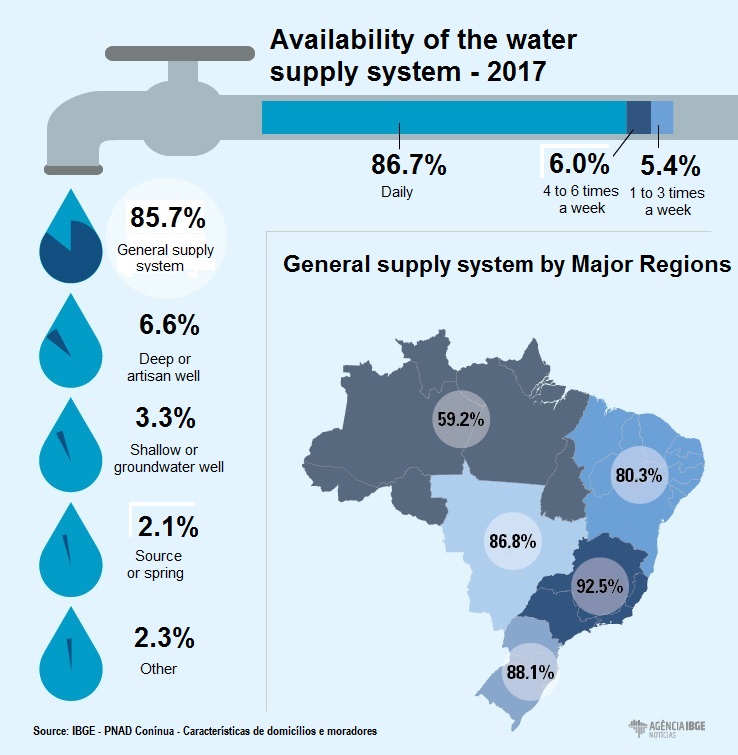 “There is a striking regional difference. the Southeast has 88.9% of its housing units connected to a general system or with cesspits connected to it”, recalls Maria Lúcia. “That is a matter of infrastructure. Those regions need proper investment in order to improve disposal services". 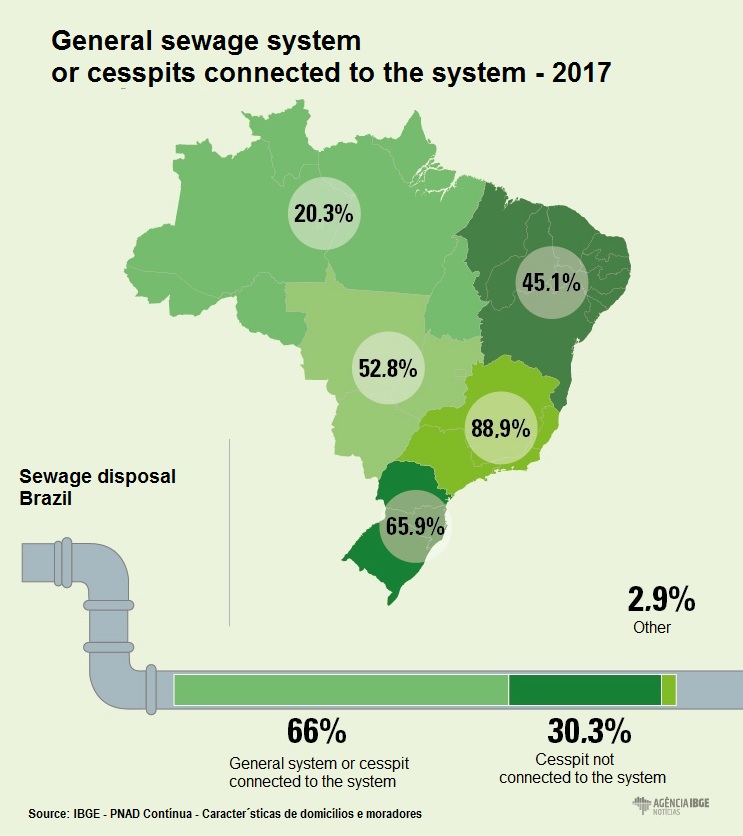 Limited garbage collection, on the other hand, is another challenge in the North and Northeast. Both Major Regions are at the same level regarding direct garbage collection (69.8% and 69.6% of the housing units, respectively) and using skips (10.2% and 12.1%), whereas these figures are 91.6% (direct collection) and 5,0% (skips) in the Southeast, for example. Daily, in Brazil, the garbage from 82.9% of the housing units is collected directly and 7.9% using skips.

The situation gets more problematic in the case of waste burned in the property (18.2% in the North and 16.0% in the Northeast), with figures that area above the national average (7.9%) in both Regions. In the Southeast waste burning is registered in only 2.8% of the housing units.

“That is something we should worry about because of its strong environmental impact: burning produces smoke and leaves residue on the soil", Maria Lúcia adds. 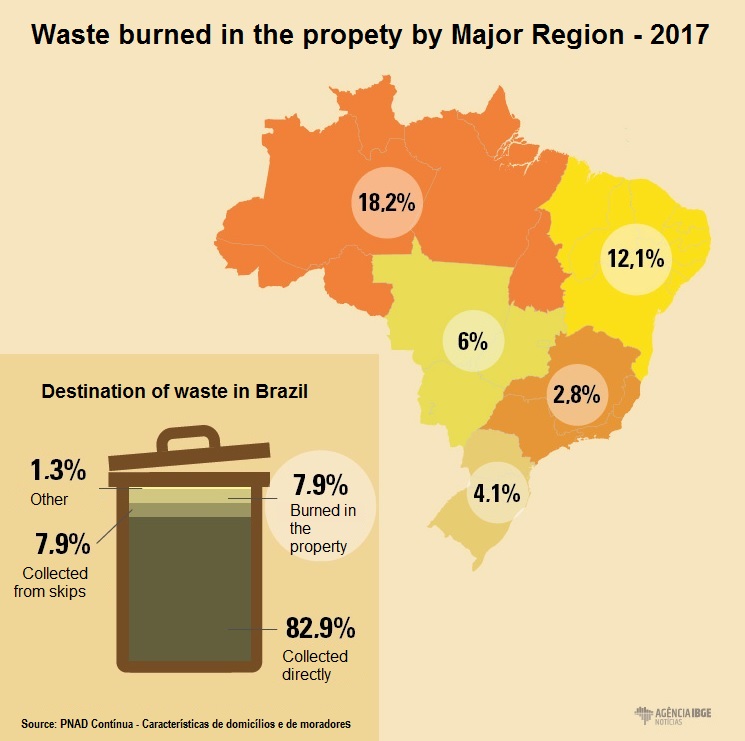