10% of population concentrate nearly half of Brazilian income

The Earnings from all sources module of the Continuous National Household Sample Survey - Continuous PNAD, released today by the IBGE, pointed out that the per capita household wage bill was 263.1 billion in 2017. Of this total, 43.3% were concentrated in 10% of the Brazilian population with the highest earnings, a parcel above that of those 80% with the lowest earnings. Check these and other results of the survey in the infographs below.

Cimar Azeredo, IBGE Coordinator of Labor and Income, stresses that those 10% concentrate the biggest wage bill in the Northeast: 45%: "particularly in Bahia, where this concentration hits 48.9%. Inequality is smaller in the South: 37.2%. In Santa Catarina, for instance, those 10% highest earnings hold 32.4% of the wage bill. 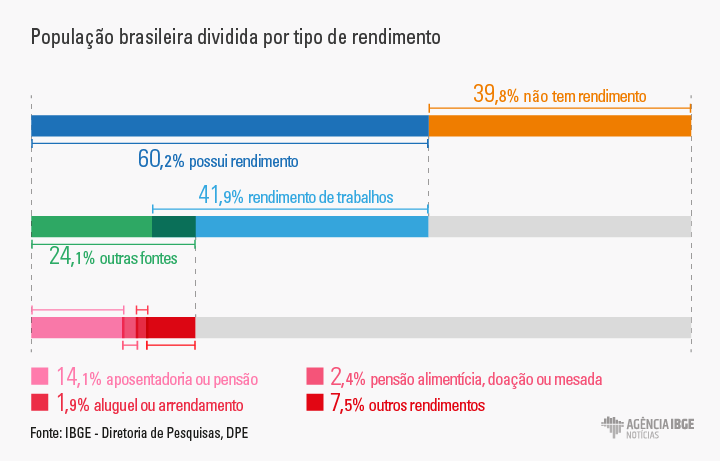 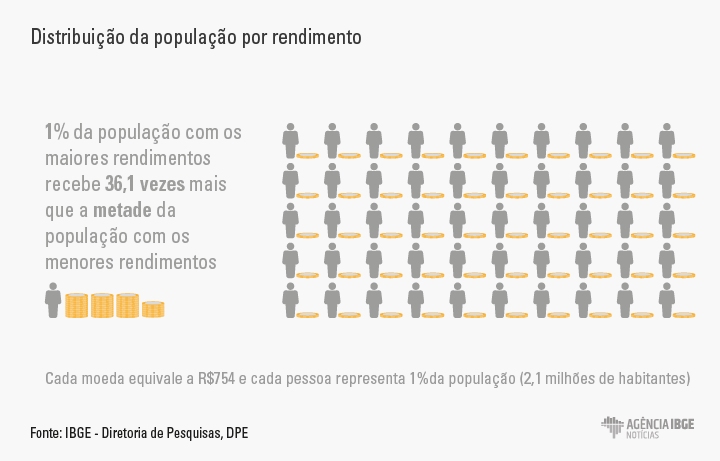 Another way to look at the distribution of earnings in Brazil is through the per capita household income, which is computed like this: all the earnings of a household are added and then divided by the number of residents.

In 2017, the average per capita household earnings was R$1,271. Of the wage bill of R$263.1 billion, those 20% of the population with the highest earnings held more than those 80% with the lowest earnings. 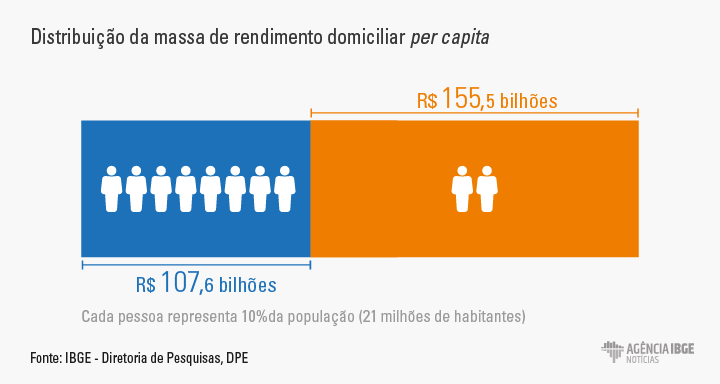 In 2017, 13.7% of the households in Brazil received cash from the Bolsa Família Social Program and 3.3%, from the Continued Installment Benefits - BPC. 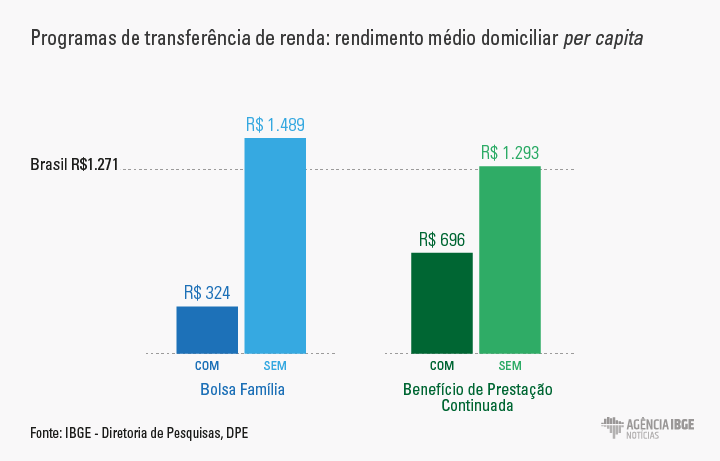