Turning analog signal off, new step in transition to digital

After broadcasting from the satellites to our TV screens for six decades, the analog signal has been replaced in a number of Brazilian municipalities. Broadcasting will be made through digital signal from now on, improving the quality of image and sound.  The transition began in March 2016 in the municipality of Rio Verde/GO and it is expected that about 1,300 cities have their signal disabled by 2018. 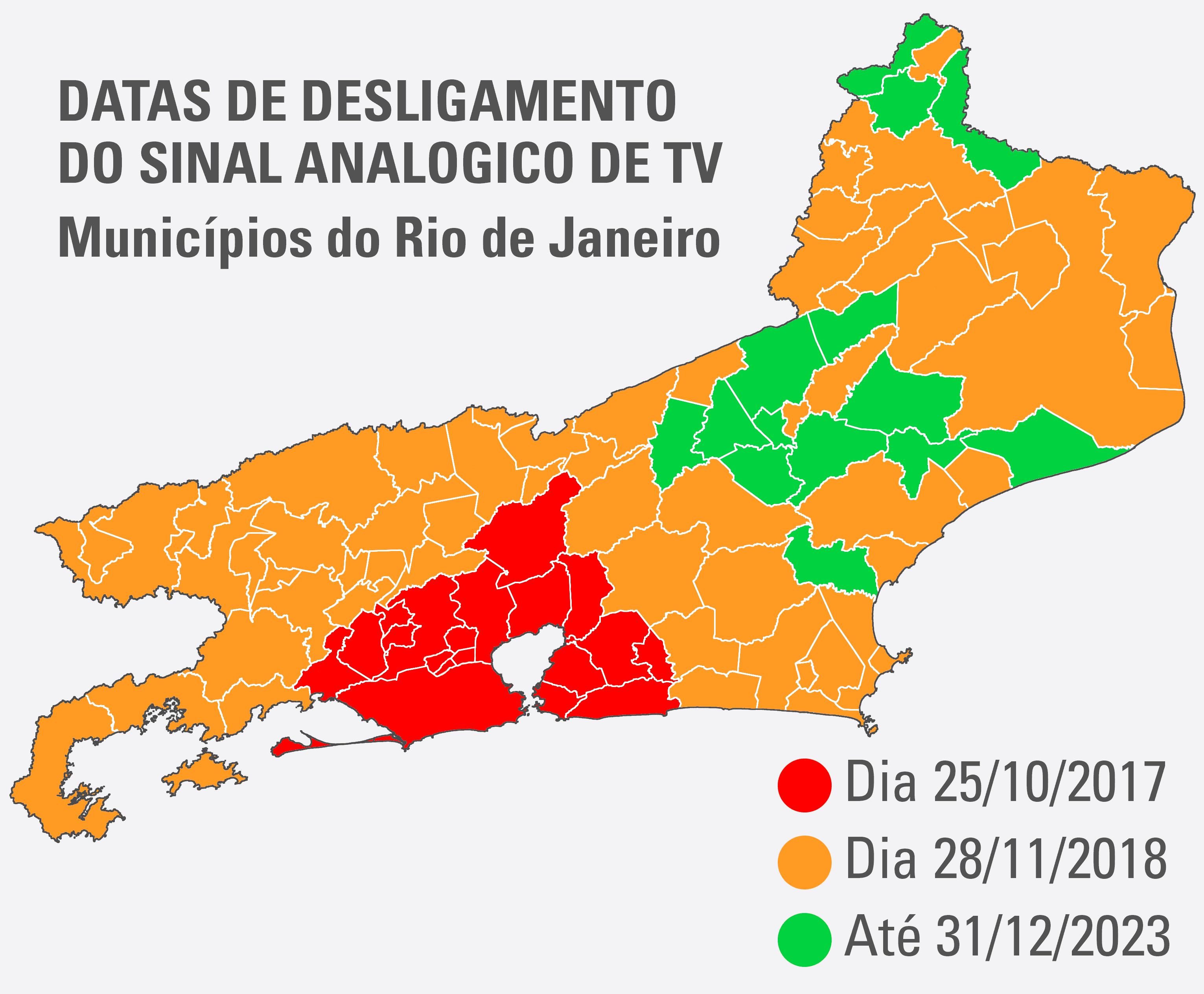 According to the National Household Sample Survey - PNAD 2015, released by the IBGE, only 45.1% of the households with TV were accessing the open digital signal, whereas 13 million municipalities (19.7%) neither accessed it nor had the means to receive the digital signal, like a satellite dish or a pay TV.

Free digital kit
To assure that the population will receive the digital signal, the Ministries of Telecommunications and Social Development began to distribute free digital kits – a UHF antenna and a remote-controlled converter – to low-income population enrolled in the social programs. A total of 994,994 digital kits have been withdrawn in the 19 municipalities in Rio de Janeiro that will have their signal turned off next Wednesday. In Brazil, 5.9 million kits have been withdrawn. To benefit from this program, one should register in the Seja Digital (Be Digital) website using either the Social Identification Number - NIS or the Individual Taxpayer Registration - CPF. Those not registered in any social program should look for the closest Social Assistance Reference Center - CRAS and fill out the single register.

Maria Daguia, 66, lives in Duque de Caxias, in the metropolitan area of Rio de Janeiro. Her house is not prepared to receive the digital signal.  As she is not registered in any social program, which would allow her to withdraw the digital kit for free, she cannot afford a kit on her own. Some of her favorite channels are not aired anymore, just a few remain: "I think it is very unfair, as I cannot buy a converter. I am running out of TV", regrets her. Since she lost some channels, Maria began to follow the TV schedule in her sister-in-law´s house, which already accesses the digital TV. She says she is delighted with the quality of image: "It is wonderful, pretty clean image".

Also according to PNAD 2015, the Southeast is the region with the highest reception rate of digital signal in Brazil, having 53.1% of the households with access to digital broadcasting. Reaching only 34.7% of the municipalities, the North Region registers the lowest rate. According to the National Telecommunications Agency - Anatel, digital TV should reach at least 93% of the households before it turns the analog signal off forever.

More powerful mobile Internet
The technology improvement will bring not only a TV with high-resolution images, but also a more powerful 4G Internet. This is because the 700 MHz band, currently used by the analog signal, will be used by the mobile Internet. According to the Ministry of Sciences, Technology, Innovation and Communications, the release of this band aims at reducing the costs and improving the access to broadband in Brazil. Besides increasing the number of frequencies available for the mobile broadband, the 700 MHz band helps to propagate the signal and makes easier to access the TV schedule in closed environments.