Nearly 25% of municipalities reduce their population in 2017 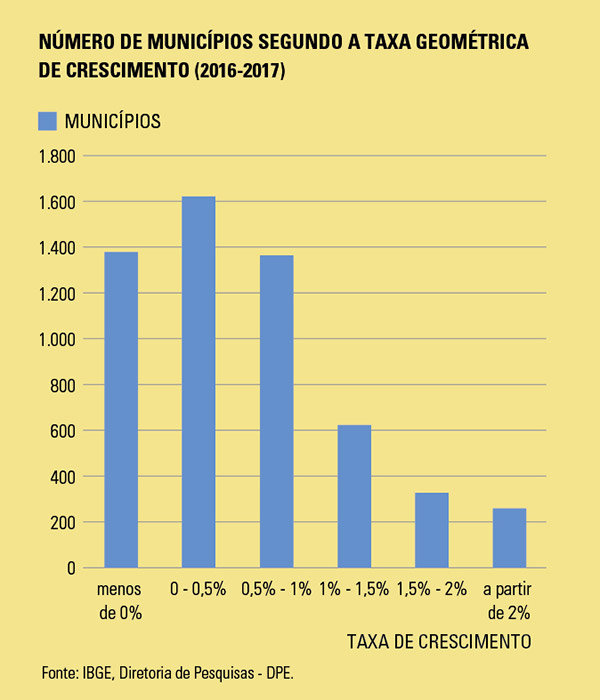 According to Izabel Marri, researcher at the IBGE´s Coordination of Population and Social Indicators, the results of the estimates show the reorganization of the population in the territory. "There is a trend of persons living in small municipalities to move to bigger cities searching for better life conditions and better access to education and employment", explained her.

The population estimate of the municipalities is calculated based on the Population Projection of the states, which takes into account the fertility, mortality and migration rates plus the population growth trend established by the 2000 and 2010 Population Censuses. For 2017, the projection shows that the fertility rate was 1.67 child per woman, the gross mortality rate was 6.15 deaths per thousand inhabitants and the migration balance – inbound persons less outbound persons – was 8,304 persons.