In 2020, Brazil had 303.6 thousand enterprises with one or more employed persons, being 6.3 thousand in the mining and quarrying segment and 297.3 thousand in the manufacturing one. These enterprises generated R$ 4.0 trillion in net sales revenue (R$ 274.6 billion from mining and quarrying industry and R$ 3.7 trillion from manufacturing industry) and paid R$ 308.4 billion in salaries, withdrawals and other compensation.

These data come from the Annual Survey of Industry (PIA) - Enterprise, which encompasses mining and quarrying and manufacturing industries. 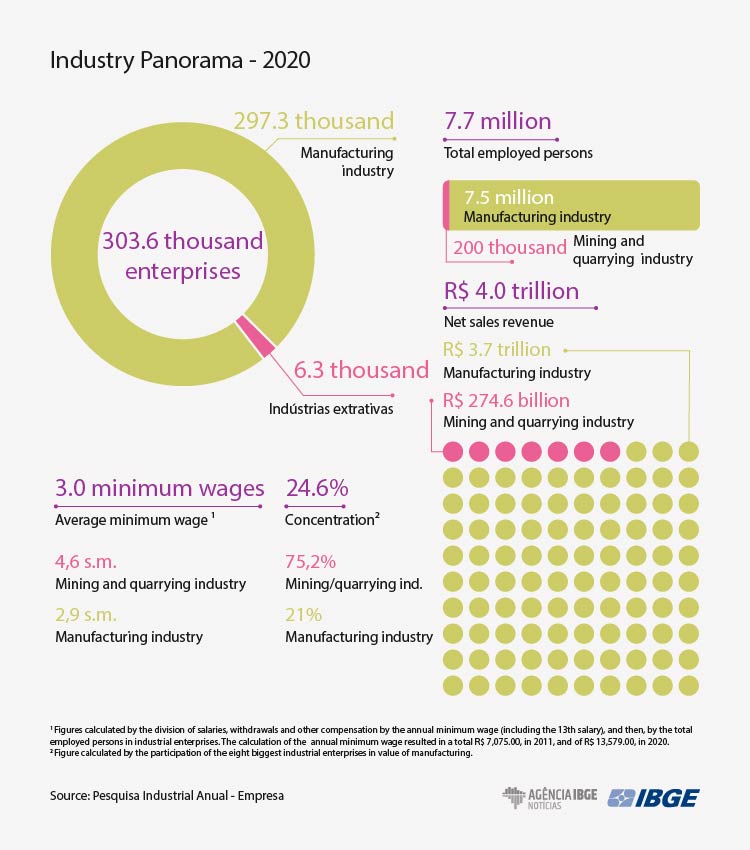 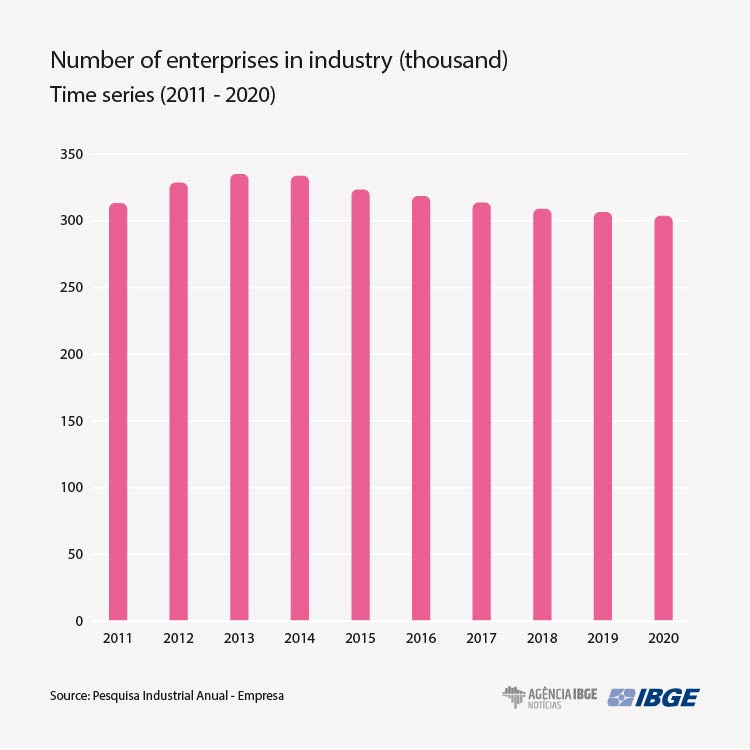 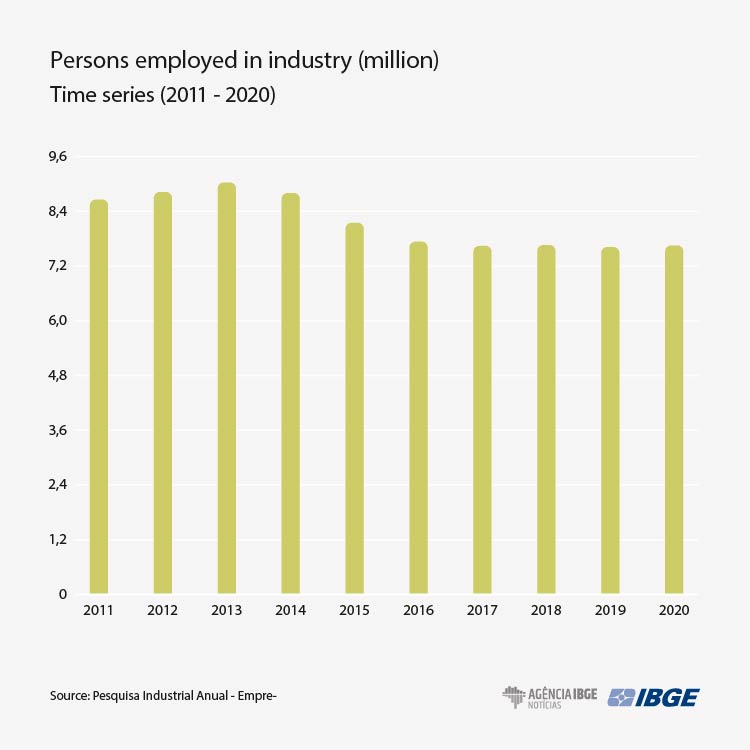 Between 2011 and 2020, more than half of the losses of job posts was observed in the sectors of Manufacture of wearing apparel (258.4 mil), Preparation of rawhides and manufacture of leather, travel articles and footwear (138.1 mil) and Manuafacture of metal products, except machinery and equipment (134.2 thousand).

The biggest increases were regisstered by the food industry, main employer in the sector, followed by manufacture of non-metallic products and rubber and plastic products. Because new job posts are more common in sectors with lower earnings, the average salary of indudsty fell in 2020.

Between 2011 and 2020, there was a decrease in participation of industrial revenue, which amounted to 4.3 of the 4.8 trillion of the gross revenue. A total of R$ 457.0 billion referred to sales revenue, rendering of non-industrial services and other production activities (agriculture, livestock, sale of electricity, etc.) and the remaining, 12.2% of the total,resulted from other types of financial, operational and non-operational revenues.

The participation of manufacture of motor vehicles, trailers and bodies in net revenue of industry (7.1%) fell 4.9 p.p., and wen from the 2nd to the 4th position in the ranking, in 2020. On the other hand, Manufacture of chemicals went from the fourth to the second position in 10 years, having jumped from 8.8% to 10.5% of the turnover.

“The performance of the car sector is related to the fact that others have increased at a higher rate, besides the very decrease of the sector itself. The activity has faced repeated crises caused by different reasons since 2009. In 2011, participation was of 12%, but it dropped, mainly in the period 2015-2016, when it reached 8.2 and 8.1%, till it reached the lowest result of the series, 7.1% in 2020,”says Synthia Santana.

Southeast reduces participation, but it still holds more than 50% of the revenue

“The advance in participation of the North and Central West Region may have been affected by mining and quarrying industry and agriculture industry, which were less jeopardized by the sanitary crisis,” the manager adds.