“That is due to incentives to migration from small to big municipalities, with more job offers, services and studying opportunities. On the other hand, the bigger municipalities, while having more economic dynamism, also present factors of population exodus, such as a higher cost of living. This struggle of opposite forces ends up forcing the municipalities close to greater urban centers to absorb larger portions of the migrant population in search for  better living conditions”, claims survey manager Izabel Marri.

On the other hand, the majority of the municipalities (68.2% or 3,797) have up to 20 thousand inhabitants and concentrate 15.3% of the  whole population of the country (32.0 million inhabitants). 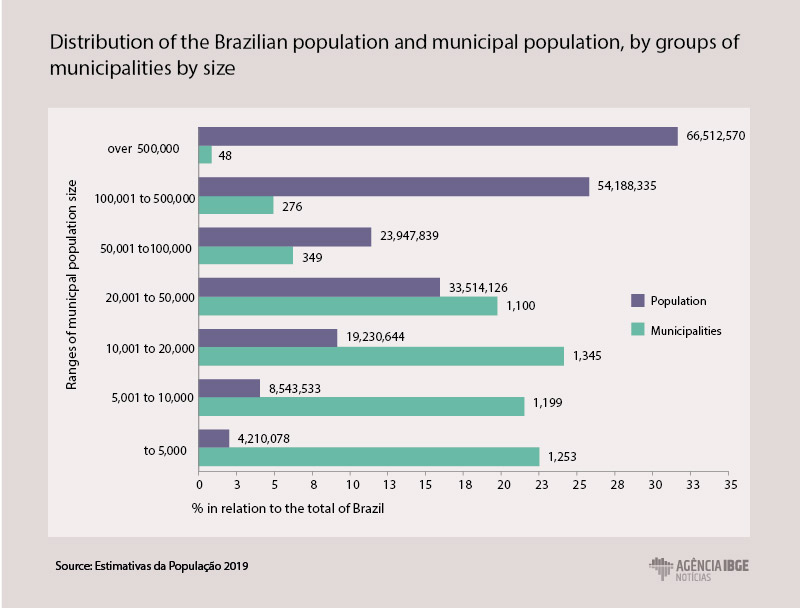 Among the less populous municipalities, 25 have less than 1.5 mil inhabitants. Three of them: Serra da Saudade (MG), with 781 inhabitants, Borá (SP), with 837 inhabitants, and Araguainha (MT), with 935 inhabitants.