Today the IBGE makes available on its website the continuous vector cartographic base of the State of Sergipe (BC100_SE), on scale 1:100,000 (1cm = 1,000m). This is the fourth geospatial vector data set released by the BC100 Project, which will map out all the 27 Federation Units using that scale.

In a digital format to be used in the Geographic Information System (GIS), the cartographic base indicates the spatial position, the geographic names and the classification of the represented elements. Those data provide a spatial representation that allows a better understanding of the territory, supporting decision-making related to the regional planning, which can guide governmental programs, facilitate analyses that demands an overview of all Federation Units and provide information for social, economic and environmental thematic representations.

The 1:100,000 scale creates a more detailed cartographic product than the current available for the whole national territory. The continuous vector cartographic bases of this project were generated from rendering RapidEye satellite images taken in 2013 and 2014 and from Sentinel-2 in 2019, complemented with information produced by partner institutions and governmental agencies. More detailed information is available in the technical note that follows the product, available here.

By means of the BC100 Project, the IBGE released, in 2016, the cartographic base of Goiás and the Federal District and, in 2018, of Espírito Santo. All these materials can be accessed in the INDE geoportal and its metadata can be found in the IBGE metadata catalog.

The continuous vector cartographic base of Sergipe is also available here. 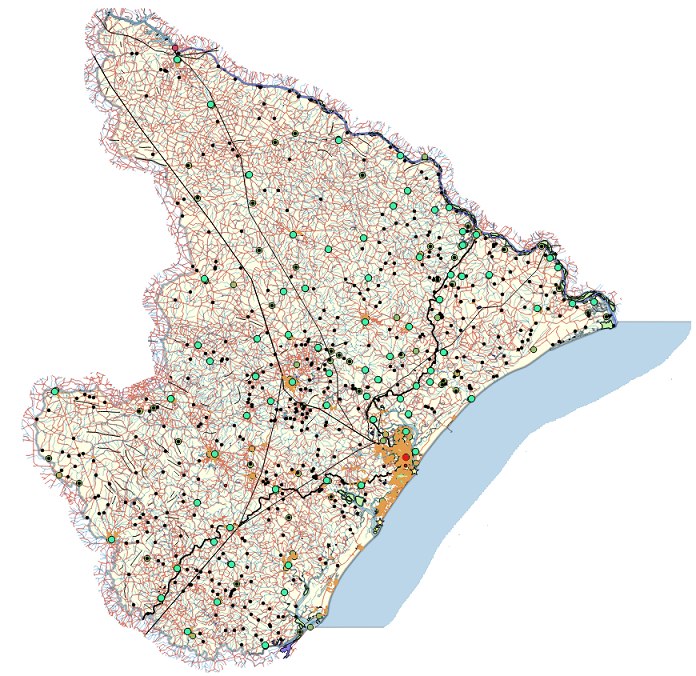